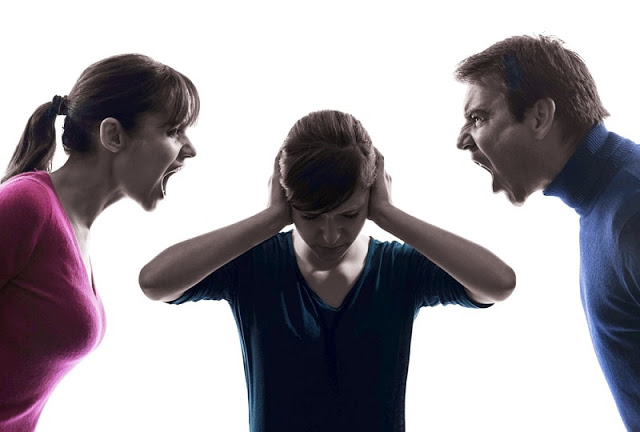 Three women share why their parents are not proud of them:

I know for sure that my parents are not proud of me.

From the day I was born, my parents had an idea of who they wanted me to be, and set about projecting that image onto me as soon as possible.

They are into sports (both are karate black belts), extroverted, easygoing, and like being out in nature. They have religious beliefs and are very socially conservative.

I am the complete opposite of them, my brother, and everybody else in my family. The black sheep of the family, if you’d like to put it that way.

I am bad at sports, with my main interest being music. People find me hard to get along with, as I am uptight, blunt and introverted. I like being inside and doing things by myself. I also identify as an apatheist, which basically means I don’t care about the existence of gods, or proving/disproving religion – I don’t want to be involved with religion and feel that it has no meaning in my life. I am socially liberal which means we disagree about almost every social issue. I can’t watch the news with them, that’s for sure.

I have had, and continue to have, issues. With myself, with others, with the world. I’m the kid with all the problems (depression, social anxiety, generalized anxiety, OCD, Asperger’s, insomnia, etc.) that nobody wants to deal with.

Over the years, I’ve learned to manage on my own, gradually building a network of trusted friends who I rely on for support.

From a young age, they made me play sports (on several occasions threatening to sign me up anyway if I don’t just pick one), discouraged me from spending time on the things I truly liked, and actively encouraged me to stay friends with extroverts who they knew treated me badly, just so that I would ‘become more social’.

I was forced to do things which were inherently unnatural to who I really was. Those years have damaged me beyond explanation and they remind me every day of their disappointment at what I have become, whether that is directly (through a scathing comment) or indirectly (a deep sigh as they walk past me practicing an instrument); it’s just hurtful.

Over the last few years, I have constantly fought against them to allow me simply be myself. At age 13, I quit all sports, and have since been spending my time on things like cello/piano practice, composing music, cooking, writing, and making new friends – this time with people who truly respect me and share in my beliefs.

My agoraphobia [an abnormal fear of being in crowds, public places, or open areas, sometimes accompanied by anxiety attacks] is worsened when I am out in nature, so I spend more time indoors.

I refuse to engage in their religious activities and do not back down when my stance on politics and social issues is challenged.

Home life is a bit of a struggle, but I’m doing much better these days.

Our true selves are constantly evolving and changing over time. It’s important to live as authentically as possible, and experience things the way we truly want to.

If you are always trying to live up other people’s expectations, you will never find or pursue what it is that YOU truly want, and to me, living the life you want is the most important thing of all.

My parents are not proud of me because I disagree with them on a fundamental level, and refuse to live by their set of conventions and expectations.

No. My parents are definitely not proud of me.

I’m not married, I don’t intend on having children, I’m not a teacher, and I’m not religious.

In my parents’ world, religion, marriage and children means everything in life.

As my mother would say “Children are an extension of their parents.”

But when my parents plucked me in front of a long, gray conveyor belt and told me this was destined to be my path from cradle to grave, I shuddered. They told me this was life at its best, but all I saw was a gloomy, bleak path that would strangle me.

I had to stay on that conveyor belt for a while. But I danced on it while other girls demurely walked through it.

They wore dainty heels as they walked through the predetermined path, and I wore dirty sneakers. To the consternation of my parents.

My father tried to beat me into obedience. My mom tried shaving down my free spirit with destructive comments and insults.

But it didn’t work quite the way they intended.

While I struggle with a sense of worthlessness and failure every day, thanks to their conditional dis-love, while I wake up with my heart pounding after replaying yet another brutal beating from my father —

I’m off that conveyor belt, for good.

I look at the world through my own eyes, not anyone else’s. I question societal mores that don’t make sense to me and do my own thing.

I was trained to be a mother of ten children, a submissive wife, a complying teacher, and a servant of God.

I failed dismally at all these tasks.

So I’d say I’m a colossal disappointment to my parents.

Far from it, no way my parents are proud of me. I’m a big disappointment to them.

First, I insisted on finishing school, whereas parents would typically pull their children out at 15.

I raised hell about that, and they caved in. I participated in sports, wearing ‘immodest’ uniforms by their standards.

Then I left the Mennonite life at 18, rather than joining the church, getting married, and cranking out kids just as quickly as I could.

What about me don’t they know that would set them off even further?

I was in the military, and participated in combat (the Anabaptist faiths have an extremely strong disposition against militarism).

I’ve worked as a stripper.

I have renounced religion altogether.

No, I’m more of a black mark my parents probably wish they could wipe clean.

Are your parents proud of you? Tell us in your comments below…