Chi-Chi shared this story, Daniel Nkado wrote it down.

This story was written in the same manner it was told.

The first time I was awakened by loud voices of my parents arguing, I was about 7 years old. My parents argued a lot, but that night it was different.

It was different, both in the manner and timing. Never had they had it that violent before and it was past 11 PM – people had slept. I came into the sitting room, rubbing my eyes.

My father saw me first but he looked away to finish the words he was yelling out. It was as though he needed to get his points out quickly enough before he forgot them. But it was obvious my mother did not care about whatever he was trying to say. She was fuming and whenever in that state, the only thing that mattered was finding the right “name” to call my father.

But she reacted differently when she saw me. She stopped talking, as if held back by shame. She came to me and asked, remorsefully, “Nnem, did we wake you?”

But as I turned around to go back to bed, I realized my mother’s show of concern was not entirely selfless. She has found a new point to use against my father now. And she delivered it ever so excellently.

“You see your life, Nwabueze. You see! You have awakened her with your screaming. When other women were busy marrying human beings as husbands, I found myself a screaming dog!”

“It is your entire wretched family that are dogs!” my father gave her back. “Thankfully, I know my daughter will not be like you!”

“He-he! My own family wretched? You are a fool, Nwabueze, a big, rolling fool!”

I could swear it was “rolling” I heard – a rolling fool – I didn’t quite get what it meant then, even though I was strong on my vocabulary. You see, my mother when very upset starts to speak strange English. Another day, during another argument a week or so later, she called my father “a bladder fool”. Another time, she used “moaning he-goat”. There was also another day she called him a “vomiting python”.

One thing about my father, he does not like to be called names. Especially these kinds of names my mother used. But he would complain and complain till you could no longer hold yourself from calling him names. That was the issue between him and my mother.

My kid brother and I back then used to argue about whose side to be on. My kid brother, Eche, supported my mother. He said that our father complained too much, that it was hard to please him, and he was partially right. But I was more on my father’s side.

My father was quick to whine about little things but he usually avoided using extremely mean words … at first. Not until he enters full rage mood. He would say things like, “shut up and listen, this woman” or “you will never admit you are wrong”. Unlike my mother, he argued to prove a point and win. My mother argued to provoke. It was her own way of letting him know she was done being treated like a dumbo. Done being disrespected.

The most annoying thing was the petty things my parents argued about. It sometimes looked too childish and madly irritating. Like who dropped the car keys where it was not supposed to be or who wasted time dressing up for an event and kept the other waiting.

On one occasion, my father remained in the car honking on and on for my mother to come out. She was inside with me, struggling with her headscarf. The lady that had tied it for her used pins to hold it in place, but now the pins had come off and the structure was crumbling.

My father eventually got tired and came down from the car. When my mother finally came out, he said they were no longer going anywhere. One thing led to another and my mother called him “a troublemaker” and the next minute they were at it, yelling and calling each other names.

The first time my father hit my mother in my presence, something changed in me about him. Most of their arguments, I used to be on his side. But since that day, not anymore.

As I saw my father raise his hand and struck my mother violently on the face, with a strong aim to inflict pain, something died in me about him. I never saw him the same afterwards.

The arguments continued to get more violent. My mother would call him an ugly name and he would warn her to never call him that. Yet my mother would repeat the name and then he would try to hit her. Initially, my mother would run away then or stop talking, but it seemed to my mother that my father interpreted this as having won. She would not have it.

So my mother learnt to stay. Learned to use harsher names that’d match her pain. Learned to pick little objects to throw at him. Learned to scream to us “to come and hold him”. Learned to latch onto my father, telling him to kill her.

“Kill me, Nwabueze, kill me and have peace. At least it would count as one thing you achieved in life!”

By this time, shame would have swallowed my father and all he would want to do was get away. Sometimes he jerked my mother’s hand away and enter inside, other times, he would mutter “ndo (sorry)” so that my mother would let him go. But my mother would yell back, “Ndo gbukwaa gi there!“

It was usually a slap on the face or arm, but there was this one very bad day it was more than that. I know my mother added some bit of drama too, but the truth was that my father really hit her. And that was the first day I lifted a tin of milk and hurled it at my father. It pained me that I missed. When we got to the chemist and my father was acting all nice and remorseful and telling her sorry every chance he got, my mother called him Nwabueze and said to him square in the face: “You are a meandering snake, Nwabueze!”

I was now on my mother’s side and this perhaps angered my father. He would sometimes shout on me over little things and would sometimes hit me too, or tell me to “behave better or end up like the bad woman he married”. Whenever he hit me and my mother was around, she would scold him bitterly. And when it was my mother that hit or screamed at me, my father would scold her to leave me alone.

Eventually, I realized they really did not care. They were just using me to score cheap points to feel good about themselves. Every event was easily turned to something to use against the other during another fight. Even things that could have just been about love.

The day my father caught my brother smoking and scolded him, he got it hot from him. Eche, not bothering to select words, told my father to his face that he had no moral justification to correct him. “Beating your wife is a bigger evil than smoking!”

My father wilted, like a vegetable in hot water.

When I was about 18 and already in university, I called my father and mother in the sitting room and asked them both to sit. I started with my father. I told him how I hated the beast he had turned into. He remained solemn all through, almost appearing sorrowful. I did not stop. I told him exactly how I felt, of how I went from looking up to him to being deeply disappointed.

At one point, my mother wanted to use the situation to her advantage and started yelling, “Nnem, tell him. Gwaba ya!” She turned to my father. “You see! Didn’t I tell you? I told you one day your sins will finally catch up to you, Nwabueze.”

“And your own sins too, Mummy!” I turned to my mother. Shock slapped my mother’s lips wide open.

“You have been up to no good either! You may not have been physically abusive but all the name-calling constitute verbal abuse too and both are just as sinful!”

One would think after all that they would change. But they didn’t. I didn’t stay long enough to know whether they did or not anyway. Immediately after my graduation, I left my parents.

They no longer fight now, I hear, or no longer violently. They are now old and weak. My father’s arms are shaky now and my mother’s vocal cords have gone wobbly. They have no one but themselves so they are doing better.

But we have not forgiven them. I don’t think we ever will.

Chi-Chi did not provide us with a bio.

She specifically asked that her full name was not mentioned.

Wed Apr 29 , 2020
In Awka, the capital city of Anambra State, where I grew up, there weren’t many bushes. We rarely saw young boys in groups of 10 or 12, carrying machetes and sticks and chanting hunting songs, their ekuke dogs puffing along with them. This was a common sight in my hometown. […] 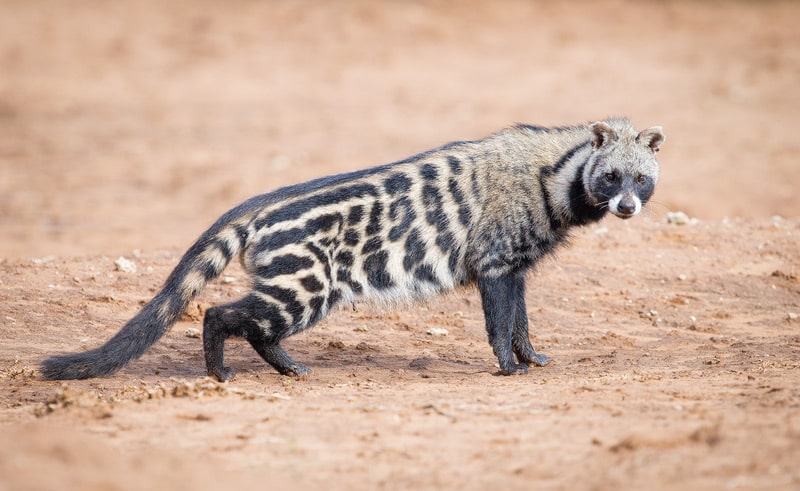