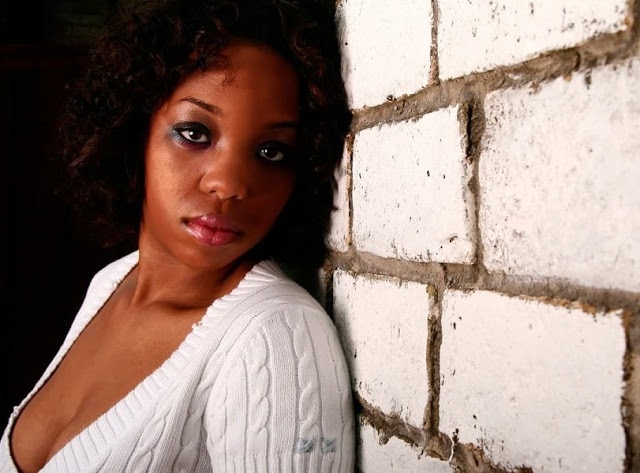 My name is Judith and I always thought I married the perfect man.

Until that night, my husband, Pascal, was my and every woman’s dream.

Pascal and I met at a digital training summit in Lagos. I was fresh out of NYSC, and had just ended a previous 3-year-old relationship. The guy and I broke up, more or less amicably, because of distance issues.

Pascal is tall. He had these slightly hooded eyes, almost reptilian, which can be sexy, especially when combined with his well-trimmed beard. He also has a sweet, endearing manner of smiling.

Putting things as short as possible, Pascal is hot and I found him incredibly attractive.

Now the funny thing is that all the while we dated, I never saw any signs that he could be violent. Or should I say it was just too subtle that it always escaped my notice?

Our first night together was at his then place in Anthony. We were sitting on the mat in the sitting room, eating rice. I playfully took his fish and put it in my mouth and in that mood, he picked his spoon and struck my wrist with it. It could have meant anything, if he had not used such great force. I felt this sharp pain that momentarily cleared my appetite.

I tried to talk to him about it but he did not apologize as immediately as I’d hoped, saying instead that he thought we were only playing.

“That’s not an apology.”

“Sorry na!” He glanced at me and continued eating.

The second time I noticed another odd thing was at an event. He’d pulled my hair to call my attention, but, again, a little too forceful. I told him I was getting a headache from his pulling my hair and he just hissed and said, “Please don’t start with your drama now.”

Aside from these two occasions I could remember, Pascal was sweet in other areas. He was neat, hardworking and generous.

He proposed to me at Ikeja Shoprite. I’m sure the proposal video would still be circulating somewhere on the internet — a lot of people made videos of us that evening. Such a cute, adorable thing!

I must admit that Pascal and I looked so cute together. To everyone, we were the perfect couple. I can’t recall exactly how many times my friends had called him the perfect man for me.

As a couple, I did not think we are perfect, but I know we are not doing bad either. We’ve had our arguments, some quite serious and others minor, but we always felt safe with each other.

The first time Pascal screamed at me was about eight months into our marriage. Remembering it now, I think I shouldn’t have neglected this day.

That evening, I had done some cleaning around the house. I took some of his old stuff out. They were old things he hadn’t touched in a while and I was sure he won’t be touching anytime. Afterward, I went to my elder sisters’ on the island and couldn’t return till the next.

The morning I came back, Pascal asked me about his stuff. I was trying to explain but he raised his voice and screamed harshly at me. He was going on and on about me disrespecting him. I didn’t get that.

I was apologizing but he just wouldn’t hear it. He just kept on raging.

And then he mentioned, “You cleared my things and disappeared the entire night!”

I did not know now which he was upset about the more — my taking his stuff out or not returning that day.

He later apologized in the night, quite surprisingly, because he is not with apologies.

It was a rainy night the day Pascal raped me. He’d gotten back later than usual, half wet. He showered and came to join me in the bed. We stopped cuddling about five months after our wedding, but this night he felt like it.

It was probably the rain, I thought. I was tired, having gone to Ajah and back that evening. When I noticed signs he wanted me, I let him know how tired I was.


“Paschal, I am tired and not emotionally ready for sex.”

“Are you sure it was just your sister’s you went to in Ajah?”

“You are stupid for saying that! Where else could I have gone!” I was very mad at what he said. He always kicked against my visiting my elder sister. Which was strange because all the times they’d met, they seemed cool with each other.


I picked the pillow, rising to go sleep in the sitting room. But this one single act was my undoing.

Pascal grabbed me. He held my two hands and turned me back to the bed. The more I tried to push him away, the further he restrained me. He was acting drunk.


I had a feeling he didn’t plan to force his way on me initially. It was an afterthought that came somewhere in the middle of our struggle.

Or it was probably a fantasy he’d borne for long. I just don’t know what else to think.

Still, holding me, he used his legs to hold my thighs apart. And that way, he got access to me, until it was over.

In the morning, he kept apologizing. He threatened not to go to work till I’ve told him I’d forgiven him. I finally told him “it’s fine” so he could leave. I wanted to be alone.

But it was not fine. It is now never going to be!

Marital rape (also called spousal rape) is the act of sexual intercourse with one’s spouse without the spouse’s consent.

Approximately 10-14% of married women are raped by their husbands in the United States.

Reports claim these figures will be doubled in most African countries like Nigeria where marriage is seen as a license to have sex with your spouse anytime you want.


Real names were not used in this story.