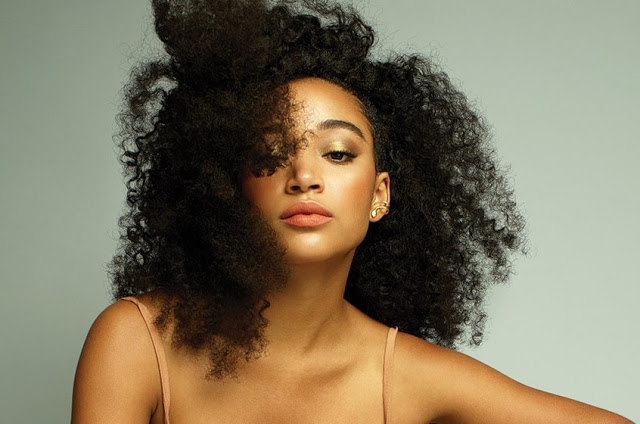 Amaka does not joke with her business.

This would be her 6th year in the industry and not a single dissatisfied customer yet. She had known a long time about the power of word-of-mouth referrals – the more satisfied customers she has, the more new and eager calls she gets.

Today’s client was a very special one too. He’d told Amaka about the friend that recommended her. Amaka knew the client well and the type of people he is capable of referring.

“So what should I call you?” Amaka asked the gentleman. Even though it is not really necessary and most industry mates do not do it, Amaka likes to maintain a personal closeness with all her clients.

She has realized it ensured their transaction ran smoothly, with nobody feeling cheated at the end.

“Or you can just call me Jim,” the man added. “That’s what they call me over there in the States.”

“Good,” Amaka said. She turned and sipped her drink again. “This place is nice.”

Jimmy nodded. “Indeed. It has become one of my favourites. You sure you don’t want their catfish? I’ve tried it—it’s really amazing.”

“No. I’m not really a catfish person.”

“Yes.” She looked at Jimmy again. She was impressed. He wasn’t one of those annoying Americanas that have allowed America to hard-press and turn them into something difficult to understand. Jimmy still spoke English like a regular Nigerian—the American accent was there but only a tiny, palatable tinge.

His hair was short and he wore a nice T-shirt and plain jeans, nothing like the mad way most American returnees dressed.

Jimmy waved at the restaurant’s serving boy to come. The uniformed boy appeared and with a slight bow said, “Sir?”

The boy handed Jimmy a note.

He skimmed through it and was returning the paper almost the same instant. “Take. Tell me what that comes to in dollars.”

Jimmy looked the least unbothered with what the young man just said. It appeared this was a problem he encountered often and already cracked the code of getting past it.

Amaka continued sipping her wine as she watched the two boys.

“May I speak to your manager, please?” Jimmy told the boy.

“Sure, Sir,” the boy said, “but I am not sure there is anything he can do. You can let me have the dollars though and I will change it for you and give you naira.”

“Okay, okay.” The boy walked away.

In about 4 minutes, a chubby-looking man came to the table. He told Jimmy he was the manager and asked what the problem was.

The man smiled. “Oh that, that’s no problem at all, Sir. Can I have the note?”

Jimmy picked his wallet and extended a hundred-dollar bill.

The man took the money and walked away. The serving boy later returned with Jimmy’s receipt and change.

Jimmy took one full gulp of his beer and picked his glasses and phones. “Let’s go.”

Amaka carried her bag and stood. She is a wonder to behold. Tall, rightly curved and covered in healthy brown skin that seemed to shimmer in darkness. And with a Sociology degree and another non-academic certificate in Fashion Styling, she is probably one of the most educated girls in the industry.

Inside the room, Amaka held herself not to gasp. The Wheatbaker is easily one of the classiest hotels in Lagos State.

The bed is soft and wide and the sheets felt super welcoming to touch. The room lighting was dim and an expensive fragrance coated the air.

Amaka pulled off her heels and sat on the bed.

She looked away when Jimmy’s shirt came off. He was a good-looking man. Amaka has had quite a good number of hot clients. There was one—Andrew—way back, that was so hot she offered him a heavy discount.

Jimmy smiled at her. “There’s only one bathroom, I guess, so who is going in first?”

Amaka smiled back. “You go!”

“Okay.” Jimmy walked into the bathroom and slid the door shut. Amaka lowered her back to the bed and let off a yawn.

In a few minutes, Jimmy was done. He walked out wearing nothing but a towel around his waist. The next second he took off the towel and started rubbing some kind of lotion all over his skin.

Amaka saw the body part between his legs and refused to think anything.

She entered the bathroom, spending almost an hour there before coming out.

When she came out, Jimmy was still naked but he was on the bed now.

Amaka perched on the edge of the bed and started to pack her hair.

Jimmy drew close and rubbed her back. Her nipples were getting hard. Soon, Jimmy took them, squeezing gently.

And then he lowered her to the bed and came on top her. He brought his lips close and one of her nipples disappeared into his mouth.

Normally, Amaka does not allow her clients to touch her breasts but Jimmy was not just a regular client. He is a fine gentleman who had just returned from America.

She reached between his legs and held his erection. In that department, he was adequately blessed.

Releasing her nipple, Jimmy asked, “Would you like to suck me?”

Amaka smiled, rubbing the entire length of the organ. “I don’t suck.”

Amaka got up and Jimmy fell to his back on the bed. He moaned out in pleasure as she stuffed his entire length into her mouth.

He would reach and hold down her head and she would pull out when she wanted to choke.

Jimmy spat on his fingers and stretched his hand into the middle of Amaka’s legs, rubbing.

Overtaken by his lust, he quickly reached into one of the drawers of the nightstand beside the bed and picked a condom.

They were on it for the next 35 minutes.

Finally, Jimmy’s eyes and mouth drew wide open and his thrusts quickened. And then he let out a great moan and spasmed for some seconds before falling away on the bed.

“That was super great,” he muttered under rushed breaths.

Amaka turned away and got up from the bed. She spent less time in the bathroom now. When she came out, Jimmy was arranging some dollars into a briefcase on the bed.

“Yes,” Jimmy said. “They are for a shipment deal I need to get done.”

He locked the leather box and dropped it on top of the side cabinet.

“I’ll just quickly shower and come out and settle you, okay? I will simply do you a transfer from my old naira account.”

Jimmy entered the bathroom and slid the door shut. By the time he came out again, Amaka was gone and his money briefcase was nowhere to be found.

The next day, Amaka went early to Yaba to change the dollars.

The BDC guy gave her the most shocking news of her life—the dollars were fake. Every single one of them.

Amaka turned and lowered herself to the pavement extending from the man’s shop. “I should have at least eaten that catfish,” she cried.

And that right there was how Amaka disappointed me.

One Comment on “Short Story: How Amaka Disappointed Me”