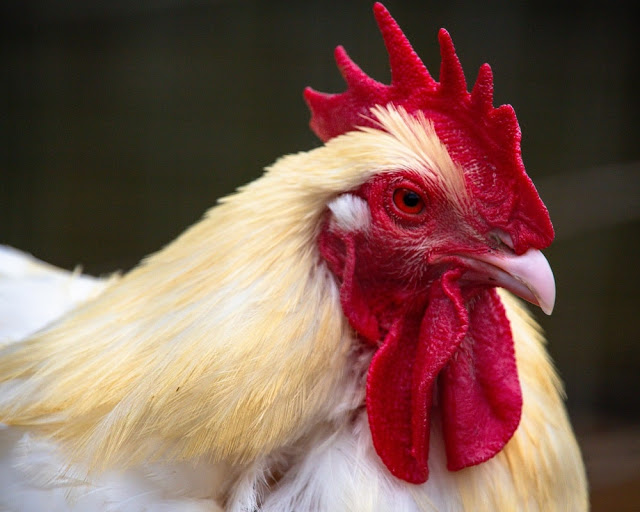 The harmattan wind blew in a strange way. It was cold but very dry, like winter in a desert.

In harmattan, mornings are usually quiet. Everyone is apparently more concerned about what to cover up with, or what softening balm to apply to their drying lips, than looking for what to say. In fact, some, like me, come down with a burnt throat in harmattan, making speech extremely undesirable.

My mother’s voice broke the silence of the morning. I was not bent on leaving the comfort of the thick sheets I was swallowed in, but it was my name that was called.

I threw my legs this way and that on the bed and got up, dragging the chunky blanket with me.

It was surprisingly bright outside—another thing harmattan does well is create confusion with time.

My mother saw me and frowned. “It is until I’ve lost my voice that you will answer, okwa ya?”

“Ina anwa!” Ina anwa—my mother said this phrase often. It literally translates to “you have tried”, but, make no mistake, this is nothing close to being a praise. It overflows with sarcasm.

“Drop that blanket and come and join us,” she said.

She stood at the edge of my grandmother’s garden of peppers and scent leaf like a football coach telling her players what to do. I looked and could make out images of little people in the small bush. It must be my kid brother or sister and some of my cousins.

Just then, I heard a voice behind me. “Puo n’uzo—get out my way!” It was my kid sister, meaning it was probably my kid brother with my cousins in the bush. I tried to wonder what they were doing, before Chiamaka pushed both my thoughts and body out of the way and yawned past.

One thing to know about my lovely kid sister is that she is an angry little person. One night, before we came to the village for Christmas, at the dining table in our house in Asaba, she flicked pepper into Ikem’s eyes because he’d said something that annoyed her.

“Chibuike, you are still standing there!” my mother screamed again.

I rolled the thick, brown blanket and threw it on the sofa on the corridor. I ran to them. “Maka Chukwu…” My mother was swearing, “…if you let this chicken escape these boys, I will deal with you.”

Now I realized what the problem was—the Christmas chicken had escaped.

“Is it all of them that escaped?” I asked.

“No, the biggest one. I told your father to tie those birds well.” My father bought four birds from Onitsha Main Market, on our way back from Asaba.

There were noises and my mother gestured I should quickly join them. But before I could enter the bush, there was a loud chicken noise and Ikem’s voice came calling, “Mummy! Mummy! I’ve caught it! I’ve caught it!”

A short while and we saw him dragging the fat chicken out, his fellow hunters: Obi, Ekene and Ebuka, following along.

“Take it from him and tie it back well with the rest,” my mother said.

From the backyard, I heard the sound of my father’s car. I left the chickens and ran to the front. It was Christmas, and my father was fond of disappearing and re-appearing with one thing or another this period. But this time around, I was not interested in what he came home with.

I watched him drop the jar of palm wine on the floor and close the boot. “It’s very fresh,” he announced. “I tasted it. I was lucky to see the man they told me about. He truly supplies the best wine.”

I saw on my father’s face the same kind of excitement he had on the day he was made Dean of Faculty.

My mother did not look too impressed. “Did you find the sweet corn?”

“Yes, but not at the market. The women did not know what sweet corn is. I have to go to the big store.”

My mother was frying chicken when the masquerades came. We ran into the room, peeping through the window. They started their mbem chants, dancing around the place.

Echezona, my youngest uncle, ran out to greet them. He called them names and danced with them. When my father came out, the masquerades abandoned my uncle and turned all attention to him instead. They left Echezona dancing there alone while they began singing my father’s praise, calling him professor. One of them called him “the one who conquered the white man”.

Shortly after my father sprayed the masquerades money and they left, my grandmother called from the barn. We rushed there and saw one of the goats foaming.

“It had eaten poison,” my grandmother said, pointing to the particular grass the goat had eaten. I was the one that brought the grass in and gave the goat.

“Will it die?” I asked but nobody answered me. I was very sad.

“He will not survive,” my grandmother said, finally. “Take it out and cut its neck before it dies.”

The goat was killed and roasted shortly after. My grandmother took some parts and left to her sister’s place in Agbenu.

That evening, my father gathered all my uncles, both old and young and far and near, and they enjoyed the peppered goat meat and palm wine.

Their noise filled the entire compound. That would be the loudest I’ve ever seen my father get. It was very late in the night before they all left. My father saw them off, acting a little drunk.

About an hour after he came back home and showered, he started vomiting. My mother held him, asking what was wrong. He couldn’t say. The vomiting only got worse and he started coughing blood too. I have never seen my mother so startled.


Echezona kept saying we should take him to Ozo-Igbo-Ndu, but my mother told him not to bother.


“He is the greatest medicine man in the whole Aguluzigbo,” Echezona said as we lowered my father into the car.


“There will be no need for that, Echezona.”


“Stay quiet!” my mother barked and then stepped on the gas pedal. That night, she drove like never before.

The medic at the Teaching Hospital said we were lucky to have come on time, that things were only a few seconds from going hopeless.

They flushed my daddy’s stomach and gave him some anti-poison. His eyes were red and he looked very weak.


My grandmother came in the morning and after my mother narrated all that happened that night to her, my grandmother screamed and said, “This wouldn’t have happened if I was not away! Who did he know is truly his kin that he invited all of them?” She was furious and shaking her head.

My father was already recovering when one of the uncles present that night came by to visit. He said he heard and had come to know how my father has been.

My grandmother’s eyes turned vicious. “My friend, if you don’t leave here right now, I am going to scream and tell the entire neighborhood what you did!”

The man, scrawny and bad-smelling, appeared startled. He hung his shoulders and slunk immediately away.

5 Comments on “Short Story: Last Christmas In My Village”