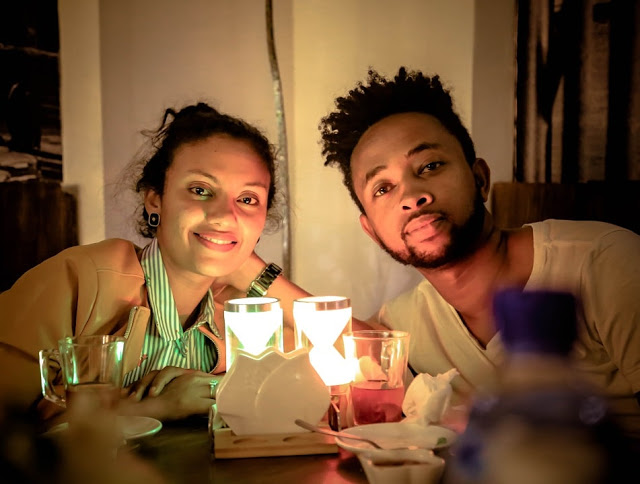 When Joesph and I met, I thought I’ve gotten to my final bus stop. He is everything I wanted in a man and life partner — almost, because nobody is perfect.

Joseph is kind, caring and educated. We were together for about three and half years before we started planning a wedding.


At one point while we were dating, I got pregnant. It was unplanned and it got us rattled. I never actually visited a doctor — I just knew I’d taken in when my period stopped and I made some calculations. When I let Joseph know, he was both excited and confused.

“Do you think we are ready?” he asked.

At that time, he still lived in a single-room self contain apartment in Anthony. I lived in a fancy mini-flat in Ikeja, but it was paid for by my elder sister before she travelled with her husband to Ukraine. I had an average job with an advertising agency in V.I. Joseph was a freelance developer then, having quit his full-time job with one of the online-payments-solutions company in Yaba.

You see, Joe, like many other tech guys, is a bad talker. He usually would not have good answers to things or know a good reply to give. Talking was never his thing and most times he would rather stay quiet than saying anything.

We didn’t wait long though, before tragedy struck. I lost the baby some weeks after. I had an accident on my way back from work. The driver was both stupid and drunk; I almost died. I’d have gone into more detail, but I am not sure I would want to do that now. That experience still haunts me till today. Especially remembering the fact that I had had a lot of opportunities to join a different vehicle.

With the situation right now, though, the accident would be considered a blessing too.

After the accident, Joe and I became even closer. He proposed to me on the same day I was discharged from the clinic.

It was at that same hospital that we had our Genotype Test, and received the shock of our lives: Both Joseph and I are AS.

“I thought you said you are AA,” was my first question. He looked really mystified.

“I always thought so. That’s what I’ve been filling since. Even my mum does so.”

In the doctor’s office, he bent close to him and asked almost in a whisper, “What can be done?”

The doctor lady looked rather amused. He called Joe “Mr Johnson” instead of Joseph and told him he shouldn’t look so worried. None of us bothered correcting her. Joseph or Johnson, how well does it matter?

“Mr Johnson, it’s just a genotype test and you are AS not SS. There is really no reason to look so desolate. Absolutely not.”

She spoke English more like a news presenter than a medical practitioner. A lot of the doctors you find in private clinics are like that.

“I thought I am AA,” Joe repeated.

The doctor woman picked the result papers and glanced on them again. “Well, you are AS not AA. You are concerned because your wife is also AS, right?”

In the chaos of it all, I took some small pleasure being addressed as Joseph’s wife. If not for this evil discordance in genotype results now, I would actually have been. My face crumpled back.

The doctor went on and on about the reasons we should never try to have children. She faced me all the while she talked, like she was sure I was the one that is going to disobey her warnings and go ahead and get pregnant.

“If you choose to get pregnant, we will need to run a CVS at about 10 weeks to ensure the baby is not SS. If the baby is SS, you will have to go through an abortion.”

We returned home that evening feeling all-sorts. Joe was quiet for a long time, just with his phone. I know exactly what he was checking online. It was the same thing I was checking — if there is any solution.

Joe shook his head, saying nothing.

“I don’t have anything to say. I wish this had not had happened. Imagine if we had had that child then–gawd!” He looked really in pain.

The next day, we dressed up normally and went to our individual workplaces.

We remained close but nobody mentioned marriage or wedding ever again.

It took a really long while before we got over the situation and handled it as mature adults. We talked at length about everything that we have been through. About how we would have been each other favourite life partners. How we hoped we met people like us that we are genetically compatible with.

It’s been over a year now since we separated but have remained close friends ever since.


Know which genotype you are compatible with: