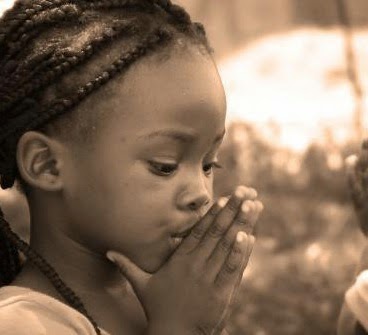 I never liked her.

Never easy to like something so unwanted. So undesired. A haunting mistake.

Like the weed she is, a weed tainting a precious garden, I had so wanted to weed her out before she was born.

But she didn’t go.

She put a stop to my life. All my life plans shattered at that one single mistake that was her.

The fool that had fathered her didn’t even help matters any bit. Always walking about the street drunk and dirty.

My mother had to force me to breastfeed her the night she arrived. I didn’t want to touch her.

Never would have touched her.

I was surprised she looked beautiful at all, given the filthy gene that had sired her.

I knew she hated me. Just as much as I did her.

Hated being born by me.

Hated living with me.

But she must have been an expert pretender, because each time I slap her, conk her head or pull roughly at her hair, she’d put on the most apologetic face ever and mutter, ‘Mommy, I’m sorry.’

Even times it was clearly obvious she’d done nothing wrong to me.

One Sunday, my mother came by the house. She saw the scar around her temple and quickly grabbed her. ‘Omo mi, what happened to you?’ My mother was touching the scar.

Temitope looked at me; I was staring back at her.

‘I tripped on the steps, Iya agba,’ she lied.

‘Kpele, omo daada!’ My mother cradled her to herself.

She turned to look at me and I walked into the room.

I would later ask her why she had lied to grandma and she said nothing.

I tweaked her ear. ‘That was clever of you today,’ I told her. ‘If you ever open that your dirty mouth to mention to grandma, or any of your uncles that I beat you eh, I will cut off your ear, do you hear me?’

She was looking at me, one finger in her mouth.

She started to cry instead.

I slapped her cheek and shoved her. ‘Get out of here, ode.’

I couldn’t explain it. Everything about her just twitches my nerves.

On another Sunday, some weeks later, my mother walked in us; I was beating her with rubber flip-flops.

She had torn from her exercise book again and was drawing on it in the sitting room.

My mother carried her, but her eyes were on me. They were wide and furious.

‘Show me where your clothes are,’ my mother told her.

That evening, my mother took her.

Slowly, my unease settled into relief. Finally she was gone, that constant reminder of a terrible mistake in the past gone.

Now I can finally be happy.

But then after many days and I still saw the gloom as raw as it had always been, I began to think, just maybe I was never destined to be happy.

Maybe I didn’t deserve to be.

Without her, the house grew ominously silent and lonely. Every night, the bed had an extra space that I struggled to fill.

She was not the cause, I slowly began to realize.

She didn’t breed the sadness.

It was all in me. Had always been.

From work on Tuesday, I picked a taxi straight to Ijesha. I wanted to see her.

I will apologize to her and bring her back home. I will bathe her myself, and for once change her clothes. I will buy new clothes for her.

Then I will prepare Indomie noodles for her, the way she likes it.

One rainy Saturday afternoon, she had run into the kitchen to meet me. ‘Mommy! Mommy! I want to eat Indomie! Nike brought Indomie to school yesterday!’

I had slapped her on the back and shoved her away.

My mother was slow when I greeted her. I had to repeat myself before she finally gave out a reply, a grudging mumble.

My mother was crying. ‘My child will not die. Omo mi o ni ku.’

I did not understand.

‘Maami, I do not understand,’ I said.

My mother continued to cry.

‘The doctor said her heart is beating faster than normal, eh, what is that one? What am I supposed to call that one now?’

‘General Hospital. I came to pick some clothes. I will be sleeping there today again.’

I followed my mother to the hospital.

My mother opened the door to the ward where Tope was laid and walked in. I followed her in slowly.

I saw my child on the bed, a transparent mask covering her nose and mouth.

Then she saw me.

I stared at her with eyes filled with remorse.

She nodded at me, as though she understood.

She extended a hand to me.

The transparent strands attached to her wrist appeared to sting and she winced.

I reached and held her instead. With her other hand, she reached under the hospital bed cover and brought out a sheet of paper.

She gave it to me.

I stared at the two female pencil figures drawn on the paper; one, clearly taller and bigger, held the shorter, smaller one.

Below, she had written the words: ‘Mummy And Me.’

It was the same sheet of paper she was drawing on the day I beat her with slippers. She had picked the paper from the trash can where I threw it in and hidden it away. And she had managed to finish the drawing.

My eyes clouded with tears and the images on the paper went blurry.

I saw the scar around her temple; the one I had given her the day I threw a nail scissors at her.

‘Baby, I’m sorry.’ I was crying. ‘Mommy is sorry. It wasn’t your fault that Mommy was unhappy. Mommy has no reason to be angry with you.’

She smiled at me and nodded.

She was reaching out to touch my hair when her eyes closed and then suddenly the machine beside her bed started to beep frantically, flashing red.

I was staring at my baby, now silent and still.

‘Thank you,’ I said to her. ‘Thank you for being the good that shamed evil. Thank you.’

My eyes were flooded.

My nose was running.

Maami was on the floor, wailing.