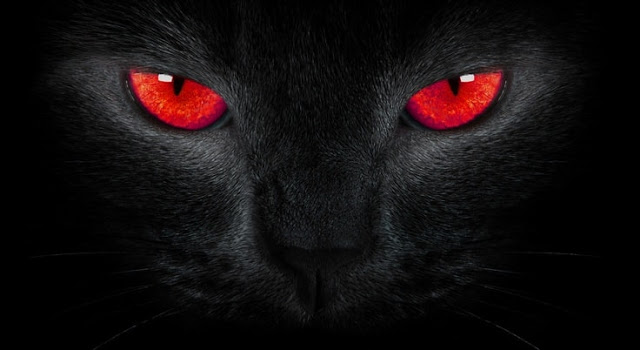 The onset of rainy season is usually my best part of the year.

The rains bring a refreshing scent to the air. The baked soil is softened and soon starts to green over.

Everything appears to flourish in the rain. Goats, sheep and chickens become fat once again… and so also is grandma.

Old yams are their sweetest at this time too. Ugu, ugbogulu and spinach become available for a special kind of porridge. Ji abubo!

But my greatest joy about the season is going out in the night to pick snails.

This is sort of strange because my happiness is just in the picking and not in the eating—I do not like snail meat.

Every night I asked grandma, ‘Is it time yet?’

She would shake her head and say no. ‘Wait till the snails open their eyes,’ she usually would say.

Few days more and I would ask her again. Her response would be the same: ‘The snails are still blind.’

But there came one night, after a heavy rain in the day, she called me and said, ‘Maybe we can go tonight.’

I became momentarily stiff from excitement.

I washed the lantern globe over and over and raked through Grandpa’s stack of old boots, looking for a nice fit.

By 8 p.m., I knocked at grandma’s door. She was sleeping when I walked in. I tapped her gently on the shoulder to wake her. ‘I’m ready,’ I said.

She asked me what the time was and I told her. She shook her head. ‘No, it’s still early. Wait till 10.’

I gave out a reluctant okay.

When it was some minutes to ten and I knocked again and entered grandma’s room, she has started to snore—the way she usually does that made my mum call a carpenter to nail an extra padding to her door and windows.

I must have tapped her a dozen times before she finally swallowed the guttural sounds and opened her eyes.

Her eyes were closing again, her mouth opening, her vocal cords stirring.

I tapped her again, harder this time.

She returned at once. ‘Mhmm, what time is it now?’ she asked.

A hard ball formed in my throat instantly.

I cried and pleaded, tapped and shook, but grandma insisted she was too tired to go. ‘Nnaa, biko,’ she apologized.

Then on a note of deceptive consolation she added, ‘It even just rained today and the soil is still too moist for snails to come out.’

Grandma hissed. She was rising up, I could swear she was, but then a wicked voice came. ‘Chukwuemeka, leave your grandmother to sleep!’

It was my father’s voice.

He was outside the room, but the louvers of grandma’s window appeared to vibrate.

And so grandma did not get up again to go with me. I walked out of the room, sad, slow and mournful.

In the kitchen, I picked a matchbox from the cupboard and carried the lantern.

Outside the backyard gate, I lit the lantern and, hesitating only for a moment, disappeared into the darkness.

The night was cold and moonless; the darkness was so dense it appeared to whistle.

I was afraid and my chest beat fast, but then I saw one.

A beautifully-marked organism crawling on the dry and damp leaves on the ground.

It was the one we call ada mbene, middle in size and elegant in steps.

I remained crouched there, engrossed by the crawling beauty.

I didn’t want to touch it. The magic is in the delicate slippery movement, carrying its shell along like a maiden returning from the stream.

A few more minutes passed before I finally picked it up.

And then I realized I hadn’t brought along a bowl, or a bucket. I put it in one of the pockets of my shorts.

I walked off, craving to see more.

Further down the bush, there was a bamboo thicket.

Grandma always said that’s where you get the big nkotos, the largest and most priced kind of snails.

But she also said dangerous spirits live among the bamboos. Spirits that hated nothing more than light.

I looked round; I was drowned in the darkness.

I turned my lantern down a little and made my way straight into the bamboo bush.

It was warmer there, as though you could feel the closeness of the spirits to your skin.

I bent over, searching for the precious beauties I came for.

I saw two giant millipedes twisted together in their characteristic intercourse style and flinched suddenly away.

I straightened up in fear.

Something ran past my eyes into the darkness. My eyes ran to the direction. I saw nothing.

Behind me, I heard the warning in a raspy growl. ‘Boy, take your light out this place at once!’

I zoomed off. I must have tumbled a hundred times before reaching home, bruised and panting.

Inside the house I told no one what happened. I just crept into my room.

At the stream the next day, Ebere asked me, ‘How was your encounter with the spirits last night?’

And they all threw their mouths open and chortled.