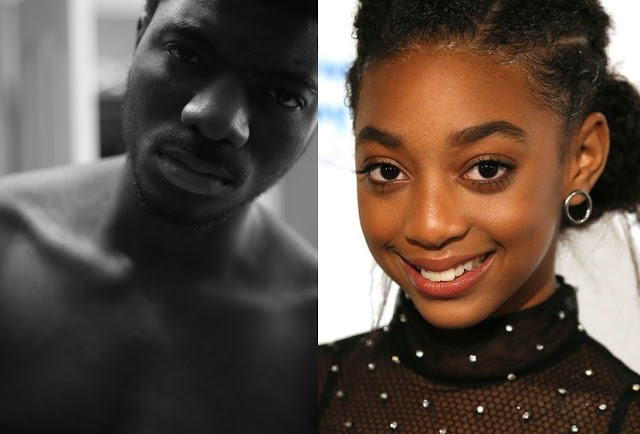 I should be about fifteen when Paul came to live with us.

My mother said he was from Ukpo, but he didn’t speak Igbo like them. That their colliding accent, each word knocking off the other before it was fully out.

Paul was hardworking. I know this because my mother said it one afternoon. Not to him, but to her friend, Aunty Caro.

Aunty Caro was slim with a confusing skin color; yellow in some places, brown in others and in a few places very dark.

My mother called her ihu Fanta – okpa Coke. I wonder why they had remained best friends. My mother hardly said anything nice about her. I seriously doubt too, that Aunty Caro in my mother’s absence said good things about my mother.

Or just maybe that was what had sustained their relationship all the while—they needed each other, someone to pick apart whenever they are alone.

Many house-helps have gone before Paul came; Nkechi, Etim, Ezekiel. Neither of them had stayed more than six months.

I never imagined Paul would stay the full year he did.

Nkechi slept a lot, and my mother always shouted at her, demanding to know if she has become pregnant. It was as though my mother knew that she’d definitely become pregnant one day when she came to live with us.

‘Ive!’ my mother would say. ‘If they call virgins now, you will come out, abi?’

One afternoon, my mother caught Nkechi sleeping again. This time in the kitchen. She sat on the low stool before the big mortar, her head resting on the tall pestle as she snored. Beside her, the soup pot was chanting away on the green stove.

That evening, she gave Nkechi N500 to go back home. ‘Tell your mother I will come and see her later,’ my mother told her.

‘It must have been this street boys,’ my mother said after Nkechi left. She turned to face me. ‘You must be wise,’ my mother told me. ‘Don’t ever let any of these fools walking about the street touch you, do you hear me?’

I nodded, but I didn’t understand well. ‘Mummy?’ I called.

My mother turned back to me.

‘Will I get pregnant if a man touched me?’ I asked.

My mother stared at me with the corners of her mouth depressed. ‘Nwa, I bu anu—you are a goat,’ my mother said. ‘Come on, run inside, eneke!’

I walked into the house.

But we never heard that Nkechi has put to bed, or that her stomach has swollen. We would have. It was Aunty Caro that had brought her, and she is far too loquacious not to mention of Nkechi’s delivery to my mother, if it had happened.

It was also Aunty Caro that brought Ezekiel.

I was still getting to know him when my mother sent him home. ‘He is just too lazy!’ my mother told Caro. ‘His oyibo too much. Can you imagine he washes my plates with his nose wrinkled, plates he ate with, inukwa!’

Caro was humming and hey’ing.

The much I knew about the quiet boy the few days he stayed was that he seemed to like his books. A lot.

Etim came after him. He was tiny and spoke a language I did not understand. He never really liked me. I sensed this right from the very first day he arrived.

He was looking prepared that evening, like he was sure I was just another spoilt kid ready to order him around.

My mother sent him away after he slapped me the third time.

It took many months for another to come.

He was different. Special.

He was tall and strong. He pounded fufu like fufu should be pounded. My mother would touch the smooth white mass in the bowl and nod fully. ‘Nnaa, deme!’

Paul would smile. He strangely looked handsome with his big, wide nose.

Paul was also careless, with his body parts. He wore skimpy shorts and most often walked about the house shirtless.

I liked to stare at his broad chest and square shoulders, his vein-streaked arms and thighs.

My mother screamed at him whenever she saw him. She would order him to go and pull something on, but Paul never really listened.

Once, he dozed off on the long couch in the sitting room with his third leg poking out. I stared at the strange organ, long, thick and dark.

Very dark and surrounded by hairs that were even darker.

It was a mystifying sight. I was tempted to go touch it.

I shut my eyes briefly and drew in a long breath. Then I walked close to him. I had stretched my hand to touch it when I heard noises at the gate.

‘Paul!’ my mother called. ‘Paul, where are you! Come and carry these things!’

I tapped Paul gently at the shoulder. He rose with a start. He saw his exposed organ and sprang up to his feet.

I stared at him as he rushed out to help my mother, wondering what he was apologizing for.

That evening, I knocked on his door. He opened the door and let me in. ‘Madam, what can I do for you?’ he asked.

I was staring at him. I wanted nothing. ‘Nothing,’ I said.

‘Nothing?’ I saw how stupid that might have sounded on his face.

‘Ok, since you don’t want anything, can I go back to sleep now?’

Two days after, Paul was in the kitchen fixing late dinner. My mother had sent him to Onitsha in the afternoon and he returned late, all drenched in rain.

I walked into the kitchen and asked if he needed anything.

He looked uneasy in my presence. Maybe because I was wearing a short gown that stopped at my thighs.

‘But I want to help you,’ I said. ‘You just came back from Onitsha and I know you must be very tired.’

He nodded. He was turning the eba faster than normal.

I came close to him and he drew slightly back. ‘Please,’ he said.

I did not understand. He appeared to be shaking.

I wanted to touch him and he backed away. The spatula fell from his hand. He quickly picked it.

The kitchen door swung open suddenly. My mother walked into the kitchen. ‘Nwokem, be fast with that, won’t we eat?’

She turned to me. ‘And you, what are you doing here?’

Later that night, Paul knocked on my door to tell me that the table was set.

‘You want to eat in your room, Madam?’

I knew my mother might not agree, but soon afterwards Paul knocked on the door again.

I opened it and he walked in with a tray.

He dropped my food on the table beside the standing fan. ‘Has Mummy eaten?’ I asked.

‘She is sleeping already and I cannot wake her,’ he said. He was hasty.

I caught him at the door. ‘You, what is wrong with you?’ I asked him.

‘Why do you suddenly start shaking in my presence?’

‘Yes, you know what I am talking about.’

‘Madam, please allow me go. I am cold and feeling somehow.’

I blocked the door. ‘Not until you tell me.’

I heard him take in air. And then he held me close and planted his lips into mine.

I quickly took away his hands on me and held him instead. I drew him to my bed. I beneath him, he did so many things to me that night, things that made to twist and turn uncontrollably.

But I never allowed his hands to touch me.

The next morning, Paul and I shared a smile as he walked into the sitting room. My mother caught us.

She eyed me, but said nothing.

When I came back from school the next day, Paul was gone.

I asked my mother why.

‘He broke a plate and I asked him to go,’ my mother said.

‘Why are you so disturbed?’ my mother asked. ‘What did you say when Ezekiel, Nkechi or Etim was leaving?’

‘I see you two were becoming very close. I have to send him away before he touches you,’ my mother said.

Ive! = An exclamation of disbelief

Nwa, I bu anu = This child, you are an animal