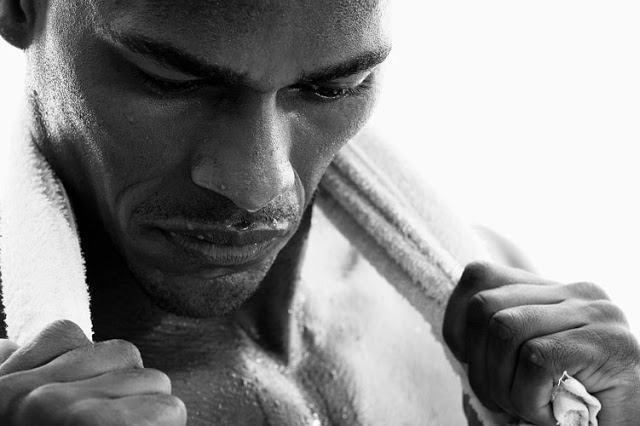 The first time Aunty Eucharia touched me I was thirteen. It was a rainy Saturday.

Aunty Eucharia had washed her entire bra collection earlier that afternoon. She had hung them on the line in front of the compound. But Aunty Eucharia did not come out when the rain started. Not even when the thunder sounded and a flash of light streaked across the building.

From our window, I watched her bras flutter in the great wind that came with the rain. Their different colours gave the impression of a fallen rainbow.

I thought about helping Aunty Eucharia get them inside, but hesitated. I did not want to get wet. Mum would be mad. Also, I didn’t think it was nice for a boy my age to touch a middle-aged woman’s underwear.

But at that moment, one of the bras fell. It was the little pink one. I knew the white one would soon follow. I ran out into the rain. I unpegged all and picked the one that had fallen.

Aunty Eucharia did not open her door at the first knock. I wondered if she was okay.

I hit the door again. Soon it clicked and opened. Aunty Eucharia’s eyes were glazed, like someone who has been crying. I also thought it might be sleep.

‘Good afternoon, Junior. You helped me pack my bras? Thanks.’

I looked down on the bras in my hand. It didn’t look quite right that I was holding them. Aunty Eucharia’s bras.

She was Mum’s best friend, even though Mum often gossiped about her. ‘She slept with him,’ Mum said to Dad one evening. They were in the sitting room.

‘Oh, Daniel, please tell me something else. How can a man just buy a woman a car without sleeping with her?’

‘I hadn’t slept with you when I bought you that TV.’

Mum gave Dad the bad eye. ‘All I’m saying is that she should get married, that’s all.’

Mum turned back to her movie. Behind the screen, Patience Ozokwo was dealing with a daughter-in-law of hers.

Her son had married the girl out of her wish.

Later when I thought about Mum and Dad’s discussion, I wondered what it meant to sleep with somebody. I mean I have always known Mum and Dad slept on the same bed, but, obviously, that wasn’t the kind of sleeping they were referring to. It was a closer form, a more active sleep. Aunty Eucharia taught me about it.

‘Would you like some biscuits?’ Aunty Eucharia asked as she collected the bras from me.

I nodded and followed her in.

Aunty Eucharia’s flat was perfect. Everything was in order. Even her kitchen did not look like a kitchen. No smoke stains, no cobwebs. All surfaces were dustless. Mum should learn from her instead of gossiping about her.

Aunty Eucharia handed me the plate of cookies. ‘Sit down, lemme make you some tea to take the biscuits with.’

Aunty Eucharia smiled at me. It wasn’t just an ordinary smile. It was deeper than a smile. It bore a message.

She gave me the cup of tea and sat beside me. Her sitting room smelt of roses. It must be, I wasn’t sure how roses smelled, but the scent was perfect.

Aunty Eucharia watched me as I ate. I grew uncomfortable under her eyes, the way they bore into me, like she wanted to feed on my soul.

Then she placed her hand on my thigh and rubbed it gently. The china cup nearly slipped from my fingers. Aunty Eucharia took the cup from me. She called me, ‘My fine boy.’ She dropped the cup on the saucer lying on the glass stool.

She rubbed my thighs again. I was still. I wished I had worn trousers or a longer pair of knickers. Aunty Eucharia held my face and turned my eyes up at her. Her moves were gentle.

Her eyes were dimmer than they used to be. The times she talked and laughed with Mum, they were a bold white. It was desire that had caused them to dim.
Slowly she pulled off her flimsy cotton blouse to reveal her breasts. She hadn’t worn a bra. She had washed them all.

Aunty Eucharia wanted me to see her breasts, but I did not understand why, what she needed me to do with them. Just then she took my hands and placed them on her breasts, each to one. My heart pounded. It was Aunty Eucharia’s breasts that I was holding. Mum would slaughter me. I took off my hand like it had stung me.

Aunty Eucharia bent forward and slipped her lips into mine. Whatever the intention of the act was, her sucking on my tiny lips, moving her tongue all round in the wet arrangement, I did not know. But I did not deny the outcome had been sweet. Her lips were soft and tasted fruity.

When Aunty Eucharia has had my lips enough, she pulled out and gave me another task. She placed her hand on my back and pulled me close so that my face met her breasts. I understood quickly what she wanted me to do. Her nipple was stiff when I took it into my mouth. Aunty Eucharia made tiny animal-like noises. I knew it was from pleasure. Instinct told me.

Somehow I liked that I was giving her pleasure. Her pleasure became my pleasure, her joy, my joy.

Aunty Eucharia and I met again a week after and repeated the ritual. It wasn’t till I was fourteen that Aunty Eucharia added the part where she unzipped me and brought out my small penis, then stiff as stick already. The first time she only rubbed it. Second time she used her mouth and nearly killed me with excitement.

The first time my liquid came, thick whitish fluid as purposeless as urine, Aunty Eucharia had smiled. It was a smile that depicted victory, I saw it. It was as if that had been her aim all along, to get this strange liquid off me. She took it with her palm and rubbed it over naked her breasts. I didn’t understand. Maybe that was what it was used for. Maybe it was what had caused Aunty Eucharia’s breasts to look so young.

I was sixteen when I first truly knew Aunty Eucharia. It had been intriguing, the way she proportioned the actions according to their level of pleasure.

We had our first fight when I was eighteen. Aunty Eucharia had seen me with a female class mate of mine. She was furious. She said that I was hers so nobody should come close. She asked me to stop seeing the girl. I told her I wasn’t doing anything with her.

But it wasn’t so long when Aunty Eucharia gave me away. She left Nigeria when I was 21. I couldn’t believe she could leave me. It never once occurred to me.
That has been over eight years ago now. I am married now, but Lovelyn will never understand my problem.

She asked me once if I was impotent. I smiled. She suggested we see a doctor but I told her it won’t work. I know what is wrong with me. It is Aunty Eucharia.

Buy all complete books by Daniel Nkado on DNB Store, Okadabooks or Flip!