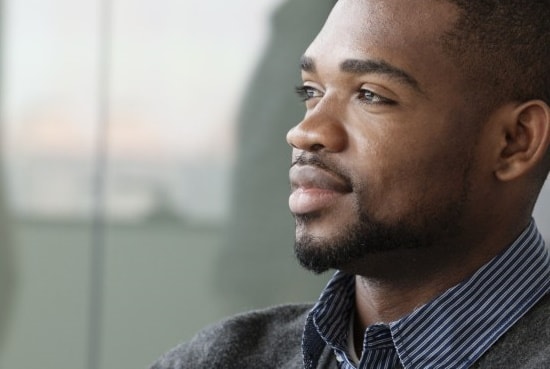 Growing up in church, I thought I had just about everything figured out about being a Christian.

That all changed for me one day when I visited a church that was much different than the straight-laced church I grew up in. It was a place where people dressed and acted the same on Sunday as they did the rest of the week. It was a place where it was OK to be honest and open about doubts and struggles. There was even an atmosphere of excitement and celebration that was expressed during worship.

All of this was very new to me. There was such of contrast in this group of believers that I had to question much of what I believed about being a Christian. What I discovered is that some of my “Christian beliefs” were actually misguided and inspired more by worldly religion than the Word of God.

It’s obvious that non-Christians have some misconceptions regarding Christianity, but often those who grew up in church, do too. Here are just a few of the lies I used to believed about being a Christian:

1. Your Behavior Affects God’s Love For You.

With all the rules we set up for ourselves, it’s easy to think following them is the way to get God’s approval and love. But the truth is you don’t have to try to use your behavior to earn God’s love. He loves you despite your behavior.

Christ died for us while we were still sinners (Romans 5:8). God’s love for you isn’t based on what you do or don’t do, it’s based on His Son Jesus.

2. Church is a Weekly Event and Just a Building.

Living in the Bible Belt, going to church can sometimes be seen as just something that everyone does. Worshipping God is often compartmentalized and sectioned off from the rest of our week. There is this idea that every Sunday you have to dress up and polish your external appearance and behavior.

But God is interested in your heart, not your outfit. He looks at the internal of man, not the external (1 Samuel 16:7).

Church is also frequently viewed as building and not a body. In reality, we should see the Church as a Body that just so happens to meet in a building. The Bible talks about the Church as a living and breathing thing, not just a meeting that takes place each week with some singing and preaching (Ephesians 2:19-22). We weren’t meant to love an event, we were meant to love people.

3. You Shouldn’t Express Your Struggles or Doubts.

Sometimes the Christian life is hard. At times, there are no easy answers or explanations. Instead of suppressing our doubts and struggles, we should admit them to God and ask others to help us walk through them.

David was a man after God’s own heart, and he often openly expressed his doubts and struggles during times of hardship. Being honest and open about your struggles doesn’t make you less spiritual, it actually draws you closer to God because it forces you to get rid of your pride and self-sufficiency.

You don’t overcome the difficulties of life by ignoring the struggle; you overcome them by inviting God to work in those areas (Psalm 43:5)! What good is it if you have everyone fooled except for God?

4. Church Leadership is Only For the Super-Spiritual.

Sometimes, those of us sitting in church pews each week can start thinking of our pastors and elders as spiritually superior, “better” Christians and almost infallible. This is part of why we are so surprised and shattered when church leaders fall—we forget that they are sinful human beings, just as in need of grace and accountability as the rest of us.

The truth is, your pastor, worship leader, small group leader or whoever else may have more training and/or have walked with Jesus longer than you have, but they are still people. They struggle. They need friends that talk about things that don’t directly relate to church.

God uses the weak for His glory. And He can use you. You don’t have to work yourself up to be some sort of spiritual superman in order to serve Him.

5. The Bible is Mostly About Rules.

We often make the Bible out to be a rulebook. But when we view it that way, we will lose interest quickly because there is no connection made.

The Bible isn’t about rules; it’s about Jesus. It’s designed to be used in the context of relationship. The goal in reading the Word shouldn’t be to get to a certain chapter, but to meet Jesus along the way.

I challenge you to ask yourself if you believe any of those ideas. You’re not alone if you do. The good news is there is hope, because there is truth. And the truth has the power to set you free (John 8:32)

Tyler is a husband, dad, serious coffee drinker, and inspirational blogger with a passion to help others see Jesus as He truly is – a personal and relational God. Read more at TylerSpeegle.com

2 Comments on “How I Became A Better Christian”