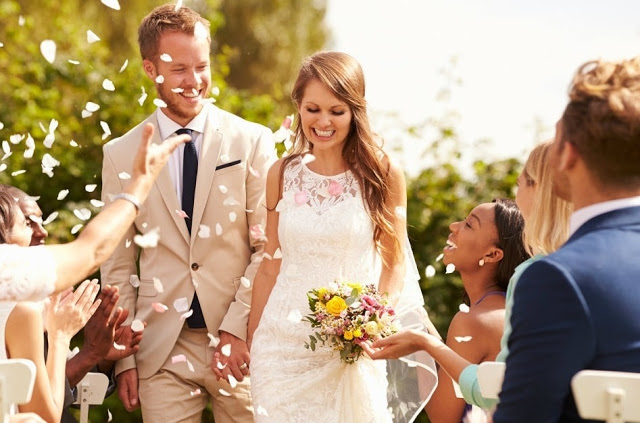 I grew up in a Christian household, but not a fundamentalist one.


My parents were strict, but I didn’t have a problem with it. I was focused on school and being a musician more than I was hanging out with friends and going to parties.

Yes, I pushed their boundaries a bit with my clothes, but I never snuck out, I never wore makeup until I was given permission, and I never broke curfew.

Basically, I was a focused girl who did very little to buck the system. I spent my summers volunteering at a Christian camp and helping lead other young people to Christ, and I spent my school years practicing percussion instruments and studying.

I dated off and on, but never anything serious because I was waiting for “the one” to come along. In my last year of undergrad, I suffered a traumatic event (a story for another time), had a crisis of faith, and suddenly, I was at the height of my creative life and the pit of my spiritual life.

In my spiraling, I decided I wanted to get out more, meet more people, go on more dates. So I signed up on the dating site Plenty of Fish (I know what you may think).

Dave says that as soon as he saw my profile picture (me singing and playing guitar in a recording studio) that he knew he had to talk to me, so he sent me a message.

I still considered myself a Christian, but I pushed that down and went out with this atheist from the next town over.
Other than our different beliefs, we enjoyed the same activities: movies, music, and other interests.
We fell in love and were engaged three months later.

A few months after our engagement, I came back to my faith stronger than ever. Feeling convicted (Christian-ese for “feeling guilty”) of several things in my life, I decided that I wanted to live my life more focused on God and pleasing Him rather than wallowing in self-hatred and focusing on myself.

So now, here I was thinking about my “unequally yoked” upcoming marriage.
When I was just calling myself a Christian, but not really practicing, Dave being an atheist hadn’t been a problem — but now it was.


I took to the scriptures to figure it out. I found 1 Corinthians 7:12-16 and took it to heart, even if I wasn’t yet married; the last verse hit me hard and I clung to it.

“Don’t you wives realize that your husbands might be saved because of you?”


He joined my church, became a Christian, and joined me in trying our best to live good, Godly lives.

No, it was spectacular! I had my Godly marriage and a Godly husband. No more shame for being the good, Christian girl who fell for the “heathen” guy online.

Several years and two kids later, Dave’s church attendance became sporadic. His desire to study the Bible with me dwindled. I never saw him pray anymore.

Finally, after a fight about attending church, he told me that he no longer believed in God.


In my head, I heard friends and family reminding me that they knew this would happen: He’s only saying he’s a Christian to make you happy and appease your dad. I give it a few years and he’ll be tired of pretending.

Afraid to admit they were right (and fighting that all-too-familiar shame of being “unequally yoked”), I just kept it to myself unless someone asked.

I spent a couple years being ashamed by his lack of faith. I took it personally and thought I had failed as a Christian wife. It was a rough, depressing couple of years.


My whole life I had been taught to only marry a person was in the same faith. “It just makes it easier,” my dad would say. But here I was, invested in a marriage with two little boys to raise and love, and Dave and I were tip-toeing around each other because of our differences.

I tried explaining myself to him, and he to me, but we just weren’t listening to each other.

Thankfully, our story didn’t end there.

We have been married 11 years and we have an inter-faith-ish marriage. How do we do it without having a holy war in our house on the regular? Well, sometimes there are arguments about our faith or lack thereof.


But mostly we have a pretty peaceful life.

It comes down to communication, respect, and love — just like any relationship.

We have two kids, so communication about everything is important.
Right now, they are young and they aren’t asking too many questions about why mommy takes them to church and daddy stays home.


Dave does not have a problem with me taking our kids to church and teaching them Biblical principles, so Sunday mornings, my two boys and I attend church with my parents while Dave stays home.

We’ve agreed to revisit me taking the boys to church if they ever start wanting to stay at home.

I was raised to question everything (thanks, Mom and Dad!) — just because a preacher said it does not make it true.


I still live by that and have found myself in conflict with my current pastor on a couple different occasions. This thought also applies to learning about other religions. We want our boys to experience and learn about other ways of life.

We want them to be aware of similarities and differences. So when the time comes, I will not be one of those mothers who pitches a hissy when my kids have to learn about Islam or play with a dreidel while participating in a school’s holiday program.

In fact, I have been the parent that calls in and requests that certain holiday things get left out of school since I feel it is my responsibility to teach my children about religious holidays and their significance, not the school’s.

I want my kids to come to God on their own terms. I have no desire to brainwash them.
Dave agrees. He’s fine with them having faith as long as I don’t force it on them.

Dave and I have an open dialogue about our beliefs. He can freely ask me questions and I can now give the answer without fear of him browbeating me with anti-religion speech.


If I am completely honest, his questions have made me search the scriptures and really dig into and process my beliefs about certain issues.

It’s not enough to spout the Sunday school answer at him. He wants to know why and how I came to my conclusions. He wants me to back it up with scripture (not some time-honored cliché) and explain it to him.

Which all leads to love and respect. He respects that I believe in a higher power and live my life with my guidebook being the Bible.


I respect his disbelief in my belief. We refuse to make fun of the other and will defend each other in social settings where people are being combative or mocking.

We may not understand the others’ belief system, but we will defend their right to have it and not be shamed for it.

I made a promise, after Dave told me he was an atheist, to not nag him about it.


I promised that I wouldn’t ask him to go to church with us unless it was a special occasion. I lean heavily on the first part of 1 Peter when it says “Then, even if some refuse to obey the Good News, your godly lives will speak to them without any words. They will be won over by observing your pure and reverent lives.”

Because, yes, it is my hope that my husband will come back to his Faith, but I won’t nag him about it. I won’t pester him about it. And I will not let it come between us.

We aren’t marriage experts. We make mistakes. There have been arguments that have sent us to opposite ends of the house slamming doors as we go, because like many of our arguments, it starts about one thing and ends up about everything.


When we finally started to get our relationship back on track, it took us having many serious conversations.

It took Dave seeing that I wasn’t like the Christians that he found hypocritical, and that I didn’t just hide behind my Bible. It took me trusting that he wasn’t going to throw me to the wolves when we were around his family and friends.

It took us looking at our marriage vows and taking them seriously.

We don’t make sense to our friends and family, and on more than one occasion, people have asked if we are ready for a divorce.


The only thing that has kept us together is that we love each other, we love our kids, and we will fight like crazy to keep this little family unit together!
Share this post with your friends: