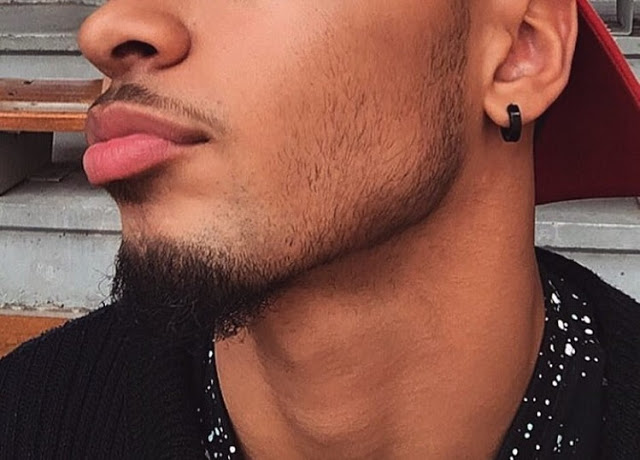 I was christened a Catholic as a baby, but I didn’t consider myself Christian even though occasionally my parents brought us to the local Baptist church.

So do I sit now or stand?

Then, I began going more regularly to another Baptist church in my 5th grade as encouraged by my best friend.

It was then that I started praying for “world peace”. I had assumed God was “up there somewhere” and listening to me. But I seriously had my doubts. God never responded.

In high school, I was pestered by my best friend at the time to become a “born-again” Christian. His zeal was… to put it nicely, annoying as hell.

From my perspective, his zealous, new-found faith was merely a strategic ploy to ingratiate himself to his new girlfriend and family—yes, she was the pastor’s daughter. And a hot one, I might add.

Nevertheless, I relented. I accepted his invite to attend church with him, often doodling in the bulletin to pass the time. Fire and brimstone seemed to be the main message each Sunday, punctuated at the end with the requisite Baptist altar call.

The “fire insurance” motif caught my attention and the logic in my mind raced to respond: “I’m already a good person. I don’t smoke. I don’t curse. I obey my parents. I haven’t killed my brother, …yet.

Heck, I’m practically a Christian already. I even pray for world peace every night. Christians have high moral standards, so do I. What’s another label? Plus, I get to go to heaven and can escape the pending fires of hell!

God loves me. Booya! I found myself dunk in the baptism ‘Jacuzzi’ (that’s what it looked like).”

And so, one Sunday evening, I marched on up to “get prayer” and to “receive Christ into my heart as my Lord and Savior” (had to learn the mandatory insiders’ lingo). I was 16 at the time.

Of course, at that age, the hormone factory is working overtime, and I find myself getting turned on by other guys. It’s all very innocent. I was more confused about why no one else was feeling the same way I was. I just knew that I was different. I learned quite early socially that “you’re so gay” wasn’t a compliment.

I didn’t know who to tell or who to talk to. I didn’t know how to make rhyme or reason with my feelings. I didn’t know anyone. Had no role models. Not until one day, I brought myself to say the words, “I’m gay”.

In that moment, it seemed everything made sense. Suddenly there was clarity. The confusion was over. So that’s the feeling of being attracted to other guys. So not only was I a Christian, I was also gay.

The early days of being a Christian was no big deal. I attended youth group. Really looked up to the youth pastor… until that day he gave an evening sermon about “those homosexuals who are going to burn in hell”.

It was the first time I learned that being gay was incompatible with being a Christian—which, I admit, confused me to no end.

“God loves me., but God hates me now.”—two thoughts that clashed more and more over time. Cognitive dissonance. So much for that fire insurance.

I stopped going to church after that sermon because of how small I felt sitting there listening to words of rejection, misunderstanding, hopelessness, etc. I wanted to disappear. So for the next three years, I became one of the “unchurched”.

My brother, who had become a Christian after me, often questioned my faith, “Why aren’t you going to youth group?”

I didn’t know how to respond.

With that identity crisis and other family issues going on, the gloom of depression swallowed me deeper with thoughts of a quick exit not far from my thoughts.

I went off to college in another state, on another coast—as far away from home as possible. I didn’t want people in my hometown to find out I was gay. I felt that going to college would give me a chance to live a new life, to start afresh.

I decided to pursue being a Christian again. So I prayed, “God, I’m going to do my very best to be a good Christian. But you have to keep all this gays-burn-in-hell-stuff to yourself. I don’t want to hear it. Ever.”

With that, I joined the local InterVarsity Christian Fellowship (IVCF) group. I started to attend the Bible study in my dorm. Everyone seemed to be “different”—I couldn’t put my finger on it.

My faith up to this point was characterized by numerous doubts and questions. I was a pre-med student in an accelerated medical program Biomedical Sciences. My brain was wired to question and to be skeptical. I loved science. I believed in logic and rational thinking.

Clearly, I was not the best role model for being a Christian who “does not waver” in his faith.

In fact, I questioned the fundamentals: does God even exist?

It was through this IVCF group that I ended up signing up to go to an annual winter weekend retreat. I remember my Bible study leader approaching me and confirming, “You’re going this weekend, right?”

“What are we going to do there?” I asked.

“Study the Bible, worship, you know,” she answered.

“Seriously? All weekend?” How boring, I thought. It would be my first retreat.

If their weekly meetings were indicative of what was to come, there’d be a lot of singing and people waving hands and arms in the air and bobbing heads. Wet noodles, I used to call them.

I wasn’t sure if I was wanting to be “fanatical” like them. Fanatical Christians bothered me.

“Ok, sure, whatever,” I said to appease her.

I honestly had nothing better to do that weekend. Oh well. Sure beats studying the structures of hydrocarbons—a break was in order.

Little did I know, that weekend on a mountain top cabin would change my life.

What changed my life was a talk a student leader gave about forgiveness. During her personal sharing of God “speaking” to her, I had an experience I will never forget.

I felt as if God took me by the collar, shook me, and slapped me across the face—left and right—and said, “Ian, you’ve known me for three years and you still doubt me. Why? I love her, I love you. I died for you. I forgave her, I forgive you. I love you.”

For some reason, that day, I realized deeply in my soul that God loved me and that he really, really wanted to have a deep relationship with me. He’d been wooing me. And I was too lame to notice.

What was in the way? Me. Too guarded. Not trusting. I remembered what I told God a year or so earlier, “I don’t want to hear about the gay stuff”.

But I felt that God was saying to me, “Ian, give ME the gay stuff. It’s okay to let go. Surrender.”

It was in that moment that I chose to surrender. God loved me, and it was okay to release my hold on it. As they say in Christian circles, “Just give it to God.” And I did.

Something changed in that moment. I was a new person. I felt a fire lit within my bones, sometimes I find it very difficult to explain.

If any Christian words come close, it would be I felt the Holy Spirit of God in me. I can say that now in retrospect, but at the time, it was just an indescribable, tangible physical burning sensation in my bones, beyond words.

One thing I knew then: Being a Christian was not about me being good, or about a label, or about fire insurance.

God wanted to be in a relationship with me, and such a relationship had to be mutual. I had to let go of what I was holding on to—namely, my sexuality—and to let God into every facet of who I was. Shared life together.

That was both frightening and exhilarating at the same time. Life took on the sense of an adventure with God. What would he bring up next?

I came home from that retreat with a warning from my Bible study leader, “This kind of spiritual high happens to everyone. You’ll feel it for a week and then you’ll be back to where you were.”

I looked at her and said, “No. No. This is different. I feel different.”

Indeed it was different. It was like scales falling from my eyes, an ah-ha moment, a spiritual awakening, whatever those terms and expressions that many have used throughout the centuries, that’s what it felt like.

I came home with a burning hunger to read the Bible. I poured through the entire New Testament in one evening.

My voracious appetite for God’s Word bordered on obsessive—scary in fact. I didn’t eat. I couldn’t explain it. I wanted to know more about God. The one big takeaway from my reading through the Bible was this—it’s not about me. It’s about Jesus Christ.

Everything is centered in Jesus. Jesus is all in all. All of creation culminates in Jesus.

Even so, being the walking contradiction that I am, I still had my doubts about God’s existence, believe it or not, but it was at this point that I prayed a very important prayer.

Well, guess what? It’s been over 20 years, and I’m still operating from that “AS IF” as if it were true.

Wait a moment, let me correct that … now, I know him to be true. Like any relationship, we’re built on a shared history. God and I have a history. I’ve put myself out there, and he’s come through.

A give-and-take of trust. Risk-taking — walking out in faith. Learning each other’s buttons, so to speak. God proving his faithfulness, goodness, healing, etc. I could go on.

Now, I know. I really know.

So what made me decide to become a Christian? Initially it was to get a friend off my back and to be known as “good”, but now, the following question is really more appropriate: Why am I still a Christian (even though there are some who think I’m going to burn for being gay)?

Because it’s not about me.

Because it’s about Jesus and his deep love for me, for us, all of us, all of humanity throughout time.

Because his desire to restore us, all of us, unto God through grace, so that we might be and live our fullest potential.

He inspires and gives me purpose in this life.

My name is Ian Shen, a stumbling pilgrim sharing life’s journey at life-victorious.com.

Like you, I strive to live life more victoriously through courage and confidence at new levels of possibility, productivity, contentment and joy—integrating Spirit, Mind, and Body, through authenticity, wisdom, integrity, presence and vitality, grace and generosity, truth and love.