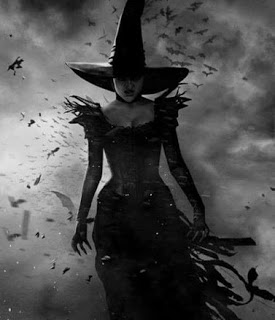 The South African Minister of Higher Education and Training, Blade Nzimande has announced plans to have witchcraft included in the curriculum from 2018.

Speaking to representatives from student unions around the country, the minister announced the move and urged future university entrees to consider taking Witchcraft.

“There is a lot we can learn from witchcraft, like how they fly in that winnowing basket. Imagine if we learn that skill. It will eradicate traffic jams and everyone will just get in their basket and fly. It also means we will not be importing fuel anymore,” Blade said.

The announcement was met with boos and bottle throws from the packed auditorium who had gone to the meeting hoping the minister would announce a 0% fee increase for the coming year. The unperturbed minister also invited renowned witches to make an appointment with his office so they can have their skills tested and those outstanding would then be hired as lecturers.

He also invited witches from across the border, promising them permanent residents permits.

“I spoke to Gibs (Minister of Home affairs Malusi Gigaba) and he agreed to issue witches from outside South Africa with permanent residence permits. I heard Malawi and Zimbabwe have an impressive collection of witches. We are hoping they will heed the call,” he added.

Applications is said to be closing on the 30th of September at midnight, after which an appointed panel with conduct interviews. There currently is an opening for 109 witches.

3 Comments on “South Africa To Start Offering BSc in Witchcraft”