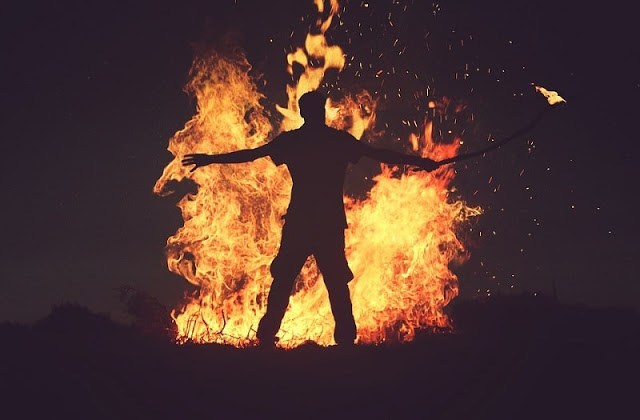 Before the completion of this article, there is a great likelihood that one more Nigerian will lose his or her life to the ugly hands of killer Fulani herdsmen.


The blood-thirsty savages of Nigeria and West Africa who hold the life of a cow more dear and precious than that of their fellow human beings.

From Plateau State through Taraba and Benue, these insane brutes masquerading themselves as pastoralists have continued to waste thousands of lives.

Lives who those in office had sworn to protect and keep safe, but have ended neglecting.

During the IPOB saga, it didn’t take long before the python danced and the crocodile smiled.

But that was a tame group who held multiple demonstrations for their right to sovereignty without any iota of violence.

Yet the Nigerian military python danced all the way to them, attacked and killed them in their numbers, and eventually they were proscribed a terrorist group.

But the murderous Fulani savages who have been butchering innocent souls as if they were chicken for years now is yet to receive any reasonable attention from the government.

Over 6,000 lives, it was said, have been lost in the bloody crisis between Agatu farmers and Fulani herdsmen since the outbreak of the crisis in 2013.

Doesn’t it feel really scary to be a Nigerian right now?

A people who wouldn’t think twice before killing and cutting open a pregnant woman is still allowed to roam about the country, free and unimpeded, while our officials work tirelessly to create a law to pamper them.

What state of lawlessness could be greater than this?

An entire village wiped off, not by any sudden epidemic or anything, but by people who looked a lot like real humans but sadly aren’t.

How do the people of Benue feel now?

Do they still sleep at night?

How much have they cried?

Will they ever stop mourning?

This saddening and very sorry situation throws up a lot of mind-boggling questions.

What would have happened for instance, if it was the Agatu people that had gone up North to kill the Fulani herdsmen, for some bogus reasons?

And who has been arming the herdsmen with sophisticated weapons, including AK 47 rifles?

Is the Nigerian Federal Government really aware of what their executive function is? The sole reason they were put in office in the first place?

Why has everyone gone deaf and dumb and severely paralyzed all of a sudden?

Why is nothing been done?

Why do we have a president whose cabinet is more interested in finding favor with than ever standing up for what is right?

Why has a country degenerated to this?

Do we still have a country?