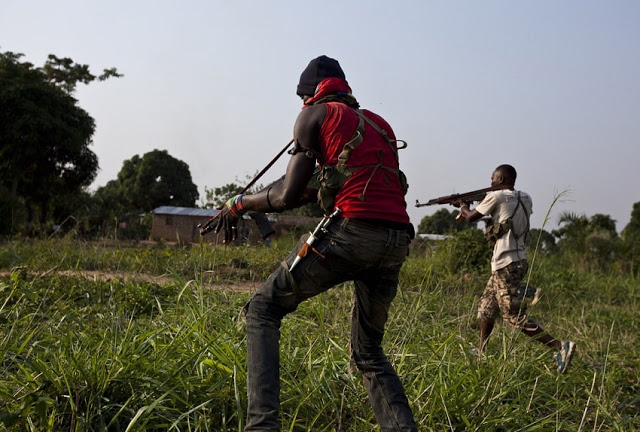 At least 86 people, according to the police, were murdered by unknown gunmen in Plateau State of Nigeria on Saturday.

While police say the number of those killed is 86, a local resident confirmed 120 people were killed.

Nearly all the victims were Christians returning from the funeral service of a community chief.

A local pastor has blamed the attack on armed herdsmen.

A leader of Fulani herdsmen association, Danladi Ciroma, said he believed the killing was a reprisal attack.

According to him, the killings were in retaliation for the alleged killing of hundreds of cows by ethnic Berom youth.

“As much as I don’t support the killing of human being, the truth must be told that those who carried out the attacks must be on revenge mission.

“Fulani herdsmen have lost about 300 cows in the last few weeks – 94 cows were rustled by armed Berom youths in Fan village, another 36 cows were killed by Berom youths. In addition to that, 174 cattle were rustled,” he added.

Fulani herdsmen are known for their savagery and the shocking valuation of cows over human lives.

Reacting to the sad incident, President Muhammadu Buhari in a statement on his verified Twitter page, appealed for calm, even as he assured Nigerians of justice to perpetrators of the dastardly act.

The statement read: “President Buhari has been briefed on the deeply unfortunate killings across a number of communities in Plateau State, today.

“The Nigerian Army and police are supporting the determined efforts of Governor Simon Lalong to end the attacks and bring relief to affected communities.

“President Buhari appeals for calm and assures that no efforts will be spared to bring the perpetrators to justice, and prevent a recurrence/reprisal attacks.

“The President and the entire Federal Government stand with the Government and people of Plateau at this sad time.

“The grievous loss of lives and property arising from the killings in Plateau today is painful and regrettable. My deepest condolences to the affected communities.

“We will not rest until all murderers and criminal elements and their sponsors are incapacitated and brought to justice.”