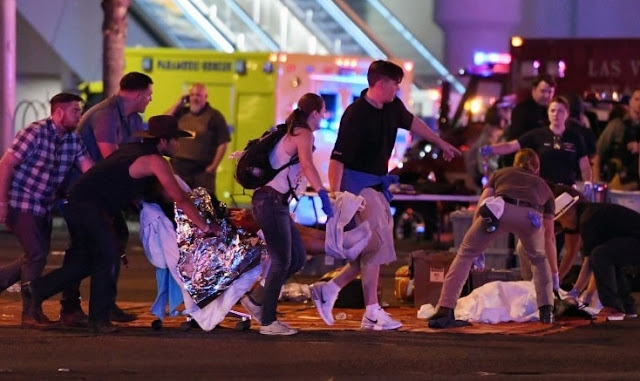 More than 50 people have been killed and hundreds injured in a mass shooting at a Las Vegas music concert.

At least 50 people were killed and more than 400 hurt in the shooting last night which witnesses said lasted about 15 minutes.

The shooter has been identified as 64-year-old Nevada resident Stephen Paddock.

Paddock opened fire from the 32nd floor of the Mandalay Bay Hotel where he lodged.

The open-air music festival was attended by 22,000 people.

Paddock killed himself as police stormed his room.

10 guns were discovered in his room. Early reports indicates Paddock legally purchased all the firearms.

The attack has been described as the worst mass shooting in recent US history.

“We have no idea what his belief system was,” he said.

Police in Mesquite have searched his premises and recovered a number of weapons. But they say he had not crossed paths with the police in the past.

A police official told reporters this morning that investigators have
not found a link between shooter Stephen Paddock and any foreign
terrorist group, but ISIS has said the perpetrator was “a soldier” who had converted to Islam
months ago.

The terrorist group however did not provide any evidence to support their claim.

Among those killed was an off-duty police officer.

Shooter Stephen Paddock was 64 years old, lived in a quiet retirement
community in Mesquite, Nevada, and wasn’t known to police.

Paddock killed himself at the scene as officers closed in.

In an address from the White House, President Donald Trump described the attack as “an act of pure evil”.

He praised the efforts of the emergency services, saying their “miraculous” speed saved lives, and announced he would be visiting Las Vegas on Wednesday.

DNB Games: Battle of the lips! 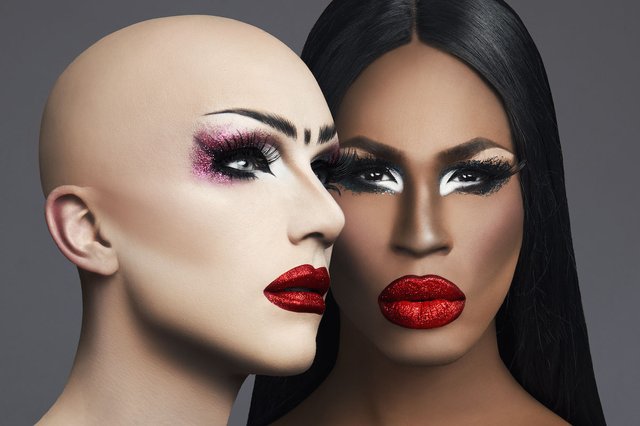