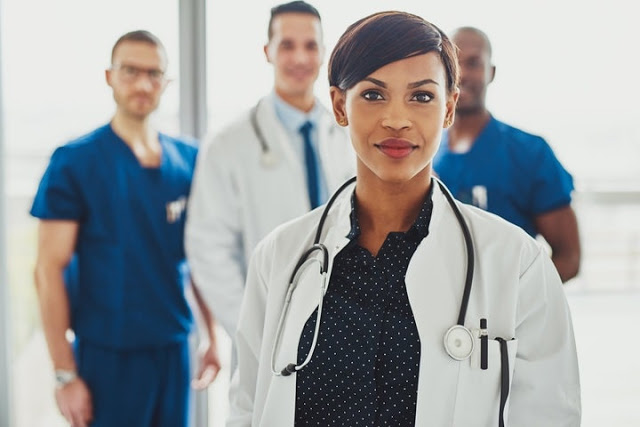 A female UK doctor caused an unborn baby to be accidentally decapitated inside her mother’s womb while performing a delivery, a medical tribunal has heard.

Dr Vaishnavy Laxman, a consultant gynaecologist who was working on an NHS maternity unit, is said to have ignored the woman giving birth’s requests to stop and failed to provide pain relief.

The obstetrician at Ninewells Hospital in Dundee is accused of wrongly going ahead with a vaginal labour in spite of several complications that meant a Caesarean delivery would have been safer because the premature infant was in a breech position.

The 30-year-old patient’s baby boy died during childbirth. Dr Laxman was suspended by NHS Tayside in the wake of the incident in March 2014.

It was alleged that tragedy hit when the 41-year-old doctor called for the patient to push while herself applying traction to the baby’s legs.

The movement caused the infant’s legs, arms and torso to become detached leaving the head still in his mother’s womb.

Two other doctors consequently carried out a C-section on the woman to remove the infant’s head. It was ‘’reattached’’ to his body so his mother could hold him before she said goodbye. It is claimed the mother was not even in established labour at the time.

A medical practitioners tribunal in Manchester heard the doctor allegedly continued with a vaginal delivery despite the patient’s cervix being “no more than four centimetres dilated”.

The mother came face to face with Dr Laxman at the tribunal, where she engaged in a harrowing exchange across the room.

This was followed by the mother – known only as Patient A – looking away as Dr Laxman’s lawyer apologised on behalf of her.

The woman’s waters had broken early at 25 weeks and upon examination her unborn baby was found to have a prolapsed cord, was in a breech position while the mother’s cervix was around 2-3cm dilated.


The mother, who was clutching two teddy bears in her arms, told the hearing it was the first time she was due to give birth.

“I had been for a scan the previous Friday and I was told my son was breech and the nurse told me if anything had happened to my son it was going to be a c-section,” she added.

“But when I was taken to the labour suite nobody told me what was happening. A lot of people were talking, they kept saying the baby needed to come out but nobody looked at me in the eye and told me what was going to happen.

“There were two doctors between my legs, one on my right hand side holding my hand and there were other people there too. I was examined by a doctor but she didn’t say anything to me. They were checking for the baby’s heartbeat and it had plummeted and that’s when I was told it was going to come out.

“I remember them saying I was two to three centimetres dilated and I was told to push. Nobody said I was not having a c-section and doing something else instead. Whilst this was going on I was in pain.

“The only pain relief I was given was a spray on my tongue. I was told it was meant to loosen my cervix but I was not given gas and air – I was in pain. I had the doctors putting their hands inside me and I had them pushing on my stomach and then pulling me down.

“I tried to get off the bed but they pulled me back three times and just said they had to get the baby out. They twice tried to cut my cervix and nobody told me they were going to do it. There was no anaesthetic. I said to them ‘it doesn’t feel right, stop it, what’s going on, I don’t want to do it’ but nobody responded to me in any way.

“I just said ‘it’s alright, these things happen, I forgive you.’ She went away but I started screaming when I found out the full extent – I was just crying. I was upset because of the severity of his injury.

“I would never use the word stillborn, he was not stillborn he was decapitated. I was pregnant, my first pregnancy I wasn’t sure what was going on and I was told it was the safest place possible. Nobody explained the plan or risks associated. It was like disorganised chaos and I was scared.’’

Midwife Mona Chard said: “I was aware she had palpable tightening and some bleeding and she was moved to the labour suite. There was a lot of discussion but I’m not sure who was talking to who. I can’t remember Dr Laxman having a conversation with a patient. I was trying to reassure the patient and comfort her. I remember looking round and people were shocked.

“The doctor came over to me and said Dr Laxman had decided there wasn’t going to be a c-section and I saw her pull the baby’s feet and cord and she told the patient to push. That is something you cannot forget and Patient A was very distressed.’’

The hearing was told the woman was given cocodamol before she was examined and Dr Laxman decided to carry out the delivery naturally.

“They tried to coerce the birth through traction as the baby was coming feet first followed by the lower abdomen, upper abdomen and head,” lawyer for the General Medical Council Charles Garside QC said.

“However, there was an obstruction during the birth which proved to be fatal. Dr Laxman allegedly delivered the legs, torso and arms successfully but whilst trying to deliver the head, it got stuck in the cervix.

“The attempt to manipulate the baby’s head to come out of the cervix failed because the cervix has clamped onto the baby’s head and despite effort made to assist, these efforts failed. Dr Laxman made three attempts to cut the cervix with scissors but Baby B’s head was separated from his body and his head was stuck inside Patient A’s body.

“The doctors had to arrange for the head to be removed. A Caesarean was then carried out – not by Dr Laxman who had become overcome by events – but by Dr C and Dr D, and his head was removed in that way.

“As a matter of compassion the head was reattached so the appearance of the baby was not too extreme. The baby was shown to his mother so she had the consolation of seeing him.’’

Mr Garside added: “At no stage was Patient A given any pain relief or instructed on when the C-section was being carried out. At no point did she try to comfort or consolidate or explain to Patient A what was going on.

“She failed to perform a Caesarean… without general anaesthetic at a time when speed was needed. They should have carried out a category one Caesarean section. The baby had a heartbeat, it was slow, but it was not dead. The choice was taken by Dr Laxman to try a vaginal delivery and this was the wrong choice. They should never use a vaginal delivery in that situation.

“New babies are fragile, but this tiny baby was more fragile, and being pulled or twisted could do a lot more damage

Dr Laxman, who was working at the hospital with a team of other doctors, faces being struck off. She denies contributing to the death of the baby.

Her lawyer Gerard Boyle QC addressed the mother during the hearing and told her: “Dr Laxman has asked me to say she is so very sorry and deeply saddened for the outcome of your baby.

“She knows that no amount of words can or will soften your pain but she is hoping that knowing that what she was trying to do was her very best to deliver your baby quickly and sufficiently and she had best intentions at heart.

“She did not intend to harm you or harm your baby and she offers her apologies in every possible way. She hopes at some point in time that will make you feel in a way, slightly better.’’