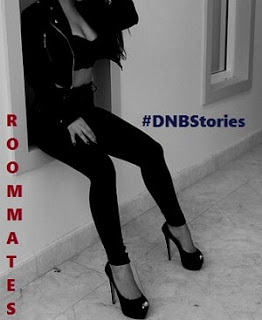 It is the end of the world.

The whole world lay in ruins.

Clumps of red flames littered the ground. Stone and debris everywhere, the atmosphere sheathed in a rain of dust.

Loveth closed her ears with two hands and screeched.

And immediately she came awake on the bed, panting for breath.

A shaken Nurse Agnes dropped the lancet in her hand. She kicked it down the dark underneath of the bed.

From the other bed on the opposite side of the room, Georgina and April came awake too.

On the wall above the bed, it was clearly written:

Only a maximum of two visitors per bed at any one time, unless prior agreement has been sought from the nurse in charge.

April rushed and held Loveth. ‘What is it?’ she asked.

Loveth gasped for breath. With her left palm, April wiped sweat off her face.

‘What did you see?’ Georgina asked.

Nurse Agnes exhaled in relief. ‘It‘s probably just a dream,’ she said, ‘obviously caused by the sleep aid she took. I will go back to my room now.’

‘Thank you so much, Nurse,’ April said.

Nurse Agnes walked away, frustration surging through her.

Loveth turned to Georgina. ‘Hold me.’

Georgina nodded. She sat down on the other side of Loveth and, like April, crossed her arm around their frightened friend.

When it was morning, April and Georgina went to see the doctor. He was a dark and slim man, probably in his thirties, if not late twenties.

‘For ordinary fainting. Did she have a kidney transplant?’

‘Her kidneys are fine,’ the doctor said.

‘Of course I know her kidneys are fine!’ Georgina said, ‘but this amount you just mentioned isn’t!’

‘Doctor, is there nothing you can do?’ April joined. ‘We are just students.’

The doctor turned thoughtful for a little while. ‘Okay, okay, pay twenty,’ he said.

‘Oga, we only have N2500 to give you,’ Georgina said. ‘Add it to the N2500 we already deposited in the beginning so that everything will now be 5K.’

‘You have to make it work o,’ Georgina said, ‘we don’t have more than that.’

‘Call her people then. I’m sure they will be willing to help.’

‘Doctor, her parents are not in Nigeria.’

‘They are in Somalia.’

‘What? There is a crisis going on there.’

‘Which is why you have to help us, doctor. Please.’

‘What is your name?’ the doctor asked, shifting his attention to April.

‘Who? Me?’ Georgina said first.

April wanted to say something then and Georgina pinched her again.

‘She is really cute,’ the doctor said, his eyes still on April and a kind of smile creeping into his face.

‘Thank you, doctor,’ Georgina said. ‘She thinks you are cute too.’

‘Let me have your number then,’ the doctor said. ‘I will call you!’

‘Doctor, just write down yours, she will call you!’

‘Okay.’ The man tore off a sticky paper. ‘She seems so quiet,’ he said as he scribbled on the pink-colored paper.

The doctor smiled at April again. He extended the paper.

Georgina collected the paper from him and pasted it on April’s arm.

‘Call me today so that I can have yours.’

‘No, no, she can’t call you today,’ Georgina said.

‘Her phone is spoilt.’

‘Yes, doctor. But if you can give her N2000, she will fix it immediately we get home and then she will call you.’

The doctor picked another piece of paper and wrote on it. ‘Here, give it to the cashier. Tell him all the bills have been settled.’

Georgina collected the paper. ‘Thanks, doc, but what of the money?’

‘Give the cashier the paper, you don’t have to pay any money again.’

‘No, I mean money for her to fix her phone.’

‘Yes, just 2K,’ Georgina said. Then in tiny, suggesting voice she added, ‘But if you can make it three, all the better.’

April was slow and Georgina collected the notes. She counted them. It was five. 5K.

Georgina smiled. ‘No wonder people don’t die in this hospital!’

The doctor grinned. ‘Hope you know, my father owns this clinic,’ he said.

‘You welcome.’ The doctor had said ‘You welcome’ with a tinge of something close to gratitude.

The ladies sashayed away.

Outside the door, April opened her palm for Georgina.

‘You want? I thought you don’t talk?’

‘Hia. Are you no longer a feminist?’

Georgina slipped 2K into her hand.

‘Thank you!’ April said. ‘And next time allow me to talk for myself! Just so you know, I really like that doctor.’

Georgina gave her a surprised grin. ‘Why won’t you like him?!’

‘Well, you have his number, girl,’ Georgina said, ‘so the ball is technically still in your court!’

The two friends strutted away, smiling.

Back in Loveth’s room, Georgina said to Loveth, ‘Nne, get up, let’s go.’

‘How much is the bill?’ Loveth asked.

‘Don’t worry, we have settled it.’

Loveth stared at Georgina. ‘Thank you,’ she said finally.

At the door, Georgina halted. ‘Girls, wait!’ she said.

She turned to Loveth. ‘Give me that your lecturer’s number.’

About 2 minutes Georgina said into the phone, ‘Hello?’

‘She just got discharged.’

A small pause and then Georgina’s whole dentition showed in excitement. ‘Oh really?’ she said. ‘Should I send the account number now?’

‘Thank you so much, Mr Lecturer, may God bless you!’

‘Why would you extort him like that?’ Loveth said as Georgina was returning her phone.

‘Shut up! He is a lecturer, do you know how much he makes from sorting alone?’

At the reception, Nurse Agnes said to Loveth, ‘Give me your address, let me come and visit you from time to time.’

‘Nne, no,’ Georgina quickly responded. ‘Thanks for the concern, but we don’t want.’

Outside, Georgina told them, ‘That nurse woman is obviously homeless, she is looking for who to come and squat with!’

‘You mean just like you once were?’ Loveth said.

Georgina scowled at her. ‘If I slap you now, you will go back to where you are coming from!’

After they left, Nurse Agnes carried a green folder on the desk and checked under the name—Loveth.

Their lodge name and room number was clearly written in the Address section of the entry.

As they stood on the road waiting for a cab, Georgina’s phone started to ring.

She checked and it was Philomena.

There was a pause.

‘Oh don’t bother coming again, we are already on our way home.’

‘A tall fair woman came here this morning and she said she is your mother. She looked just like you and even has your photograph.’

‘Did you ask her her name?’

‘Hey!’ Georgina cried. ‘It’s truly the end of the world!’

‘Carry her outside and throw her over the railing.’

‘I don’t have that strength.’

‘My friend, what kind of a lesbian are you? Lift her and carry her away!’

Georgina turned to the April. ‘This girl is a fake lesbian o!’

April frowned, but she sort of was amused. She waved to stop an approaching cab.

‘Wait. What are you doing?’ Georgina asked.

‘Stopping the cab, of course.’

The taxi stopped and April pulled the door out. ‘Get in!’ she said to Georgina. ‘Let’s go meet your mother!’