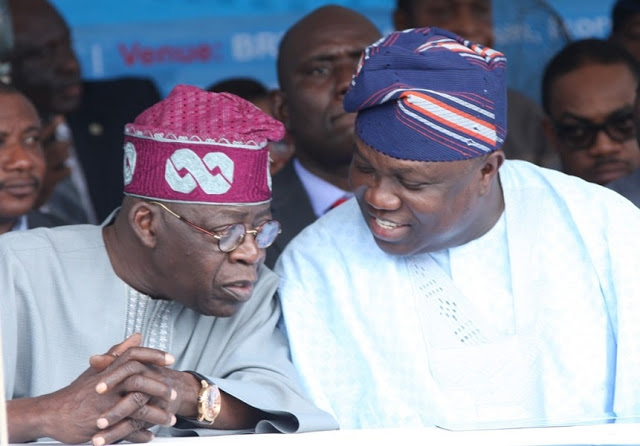 The national leader of the All Progressives Congress, Asiwaju Bola Tinubu, has described the just-concluded governorship primary of the party as the best, while dismissing speculations that he has personal issues with Governor Akinwunmi Ambode who just lost.

According to Tinubu, even though Ambode has done well in office, he has not been a good party man.

For this reason, Tinubu said, the party has decided to withdraw support for the governor who wished to go for a second term.

Speaking at his ward in Alausa during the APC governorship primary on Tuesday, Tinubu said he considers reports of a rancour between him and Ambode as an insult.

He said the governor had worked under him as a civil servant and was given the opportunity to govern Lagos after that.

“Rancor between us? I will regard that as an insult. I brought Ambode to the people. He was a civil servant under me,” he said.

“He performed very well as a civil servant and when he showed interest in politics after the leadership, we gave him the opportunity. I introduced him to the party. The party accepted him, he became the governor.

“Now if the party now say they want either a change or they want to reaffirm the governorship through open exercise, and they elect him today, so be it.

“You will remain relevant as a leader if you submit yourself once in a while to what your people want.”

Asked why he withdrew his support for Ambode, Tinubu said, “Who did I support in 2014? Ambode. Life is dynamic. It’s those who made me the leader of the structure in Lagos who said it was what they want. It’s only if you have followers that you’re a leader in democracy.”

“This is not personal; it is beyond me as a person. Every democratic constitution is preceded by ‘We, the people’. So, I had to submit myself to the wishes and the yearnings of our party.”