Cross River State governor, Ben Ayade has ordered security agencies in the state to search people’s houses to recover items looted by hoodlums in the state.

Some residents of Cross River numbering several thousands had on Friday, October 23, broken into three storage warehouses in the state and carted away thousands of COVID-19 palliatives and other relief materials stored in the facilities.

Governor Ayade in a statement released by his Special Adviser on Media and Publicity, Christian Ita, said he has given security agents in the state an order to begin house to house search for the stolen items.

A part of the statement reads:

“Following the deployment of more soldiers to Calabar to help quell violence, Cross River Governor, Sir Ben Ayade has asked security agencies in the State to take legitimate actions to halt the arson and carnage witnessed in some parts of Calabar. The governor also wants the security agents to carry out a house to house search for looted property and arrest everyone involved in the looting of both public and private property in the state.”

Policeman caught on video sneaking out COVID-19 palliatives from warehouse

Mon Oct 26 , 2020
A unidentified Nigerian police officer was captured on camera sneaking out COVID-19 palliatives from a warehouse in the Gwagwalada area of Abuja. Residents numbering thousands had on Monday, October 26, stormed some warehouses located in the Gwagwalada area of Abuja to loot the COVID-19 palliatives stored there. FCT Minister Ramatu […] 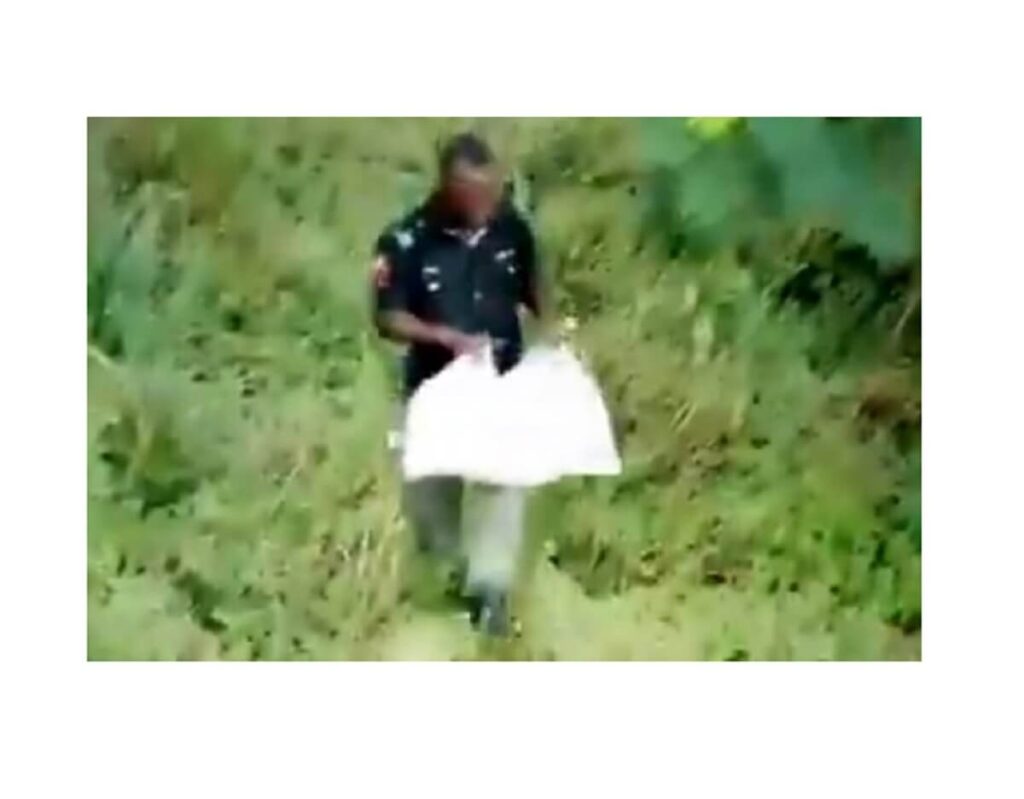