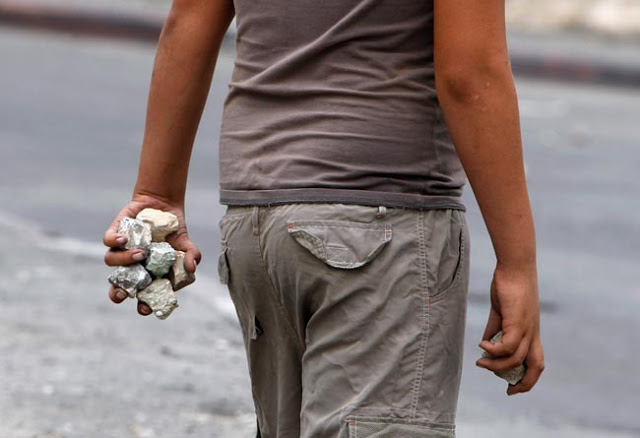 Surprisingly, even among those who describe themselves as “very religious” 20 percent say that religion is harmful to society.

For that we can probably thank the internet, which broadcasts everything from ISIS beheadings, to stories about Catholic hospitals denying care to miscarrying women, to lists of wild and weird religious beliefs, to articles about psychological harms from Bible-believing Christianity.

In 2010, sociologist Phil Zuckerman wrote a book titled Society Without God: What the Least Religious Nations Can Tell Us About Contentment.

Zuckerman lined up evidence that the least religious societies also tend to be the most peaceful, prosperous and equitable, with public policies that help people to flourish while decreasing both desperation and economic gluttony.

We can debate whether prosperity and peace lead people to be less religious or vice versa.

Indeed evidence supports the view that religion thrives on existential anxiety. But even if this is the case, there’s good reason to suspect that the connection between religion and malfunctioning societies goes both ways.

“Be ye not unequally yoked with unbelievers,” says the Christian Bible.

“They wish that you disbelieve as they disbelieve, and then you would be equal; therefore take not to yourselves friends of them,” says the Koran (Sura 4:91).

At best, teachings like these discourage or even forbid the kinds of friendship and intermarriage that help clans and tribes become part of a larger whole.

At worst, outsiders are seen as enemies of God and goodness, potential agents of Satan, lacking in morality and not to be trusted. Believers might huddle together, anticipating martyrdom. When simmering tensions erupt, societies fracture along sectarian fault lines.

Sacred texts including the Bible, Torah and Koran all preserve and protect fragments of Iron Age culture, putting a god’s name and endorsement on some of the very worst human impulses. Any believer looking to excuse his own temper, sense of superiority, warmongering, bigotry, or planetary destruction can find validation in writings that claim to be authored by God.

Today, humanity’s moral consciousness is evolving, grounded in an ever deeper and broader understanding of the Golden Rule.

But many conservative believers can’t move forward. They are anchored to the Iron Age. This pits them against change in a never-ending battle that consumes public energy and slows creative problem solving.

3. Religion makes a virtue out of faith

Trust and obey for there’s no other way to be happy in Jesus. So sing children in Sunday schools across America.

The Lord works in mysterious ways, pastors tell believers who have been shaken by horrors like brain cancer or a tsunami. Faith is a virtue.

As science eats away at territory once held by religion, traditional religious beliefs require greater and greater mental defenses against threatening information. To stay strong, religion trains believers to practice self-deception, shut out contradictory evidence, and trust authorities rather than their own capacity to think.

This approach seeps into other parts of life. Government, in particular, becomes a fight between competing ideologies rather than a quest to figure out practical, evidence-based solutions that promote well-being.

Feeling sad about Haiti? Give to our mega-church. Crass financial appeals during times of crisis thankfully are not the norm, but religion does routinely redirect generosity in order to perpetuate religion itself. Generous people are encouraged to give till it hurts to promote the church itself rather than the general welfare. Each year, thousands of missionaries throw themselves into the hard work of saving souls rather than saving lives or saving our planetary life support system. Their tax-free work gobbles up financial and human capital.

Besides exploiting positive moral energy like kindness or generosity, religion often redirects moral disgust and indignation, attaching these emotions to arbitrary religious rules rather than questions of real harm.

Que sera, sera—what will be will be. Let go and let God. We’ve all heard these phrases, but sometimes we don’t recognize the deep relationship between religiosity and resignation. In the most conservative sects of Judaism, Christianity and Islam, women are seen as more virtuous if they let God manage their family planning.

Droughts, poverty and cancer get attributed to the will of God rather than bad decisions or bad systems; believers wait for God to solve problems they could solve themselves.

This attitude harms society at large as well as individuals.

When today’s largest religions came into existence, ordinary people had little power to change social structures either through technological innovation or advocacy. Living well and doing good were largely personal matters. When this mentality persists, religion inspires personal piety without social responsibility. Structural problems can be ignored as long as the believer is kind to friends and family and generous to the tribal community of believers.

Think corporate personhood. Religions are man-made institutions, just like for-profit corporations are. And like any corporation, to survive and grow a religion must find a way to build power and wealth and compete for market share. Hinduism, Buddhism, Christianity—any large enduring religious institution is as expert at this as Coca-Cola or Chevron. And just like for-profit behemoths, they are willing to wield their power and wealth in the service of self-perpetuation, even if it harms society at large.

In fact, unbeknown to religious practitioners, harming society may actually be part of religion’s survival strategy. In the words of sociologist Phil Zuckerman and researcher Gregory Paul, “Not a single advanced democracy that enjoys benign, progressive socio-economic conditions retains a high level of popular religiosity.”

The poorer and more impoverished people are, the more religious they become.

Valerie Tarico is a psychologist and writer in Seattle, Washington, and the founder of Wisdom Commons.

She is the author of “Trusting Doubt: A Former Evangelical Looks at Old Beliefs in a New Light” and “Deas and Other Imaginings.”

Her articles can be found at valerietarico.com.