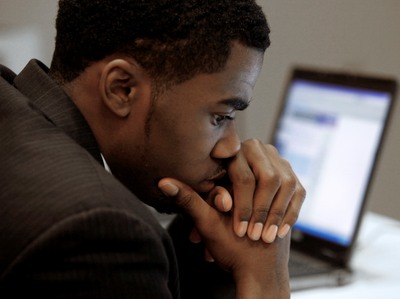 The point of atheism, to me, and this may not pertain to others, is to stop being afraid.

The point of religion…all religions, in my opinion, is fear:

Fear of death, fear of consequences, fear of being small and inconsequential in the order of things.

Religion deals with these fears not by rationally explaining them, but by coating them over with a shellac of magic and wishful thinking.

Here are the fears, and their answers in religionism and atheism:

This would be great if they left it at that but no, religion seeks power too! So it’s more like:

That’s how religions stay in power. Exploiting the fear of death.

“Yes, you will die, and it’s kind of scary because no, there’s nothing else after death, but you can take it. You don’t have a choice than to.”

“You’re an adult and intelligent. You don’t need your terror papered over. Do what good you can NOW. NOW! Enjoy your life NOW and don’t defer in the hope of an afterlife.”

In other words, atheism makes us responsible for ourselves.

“Good, GOOD! You should be. You should be very afraid! God doesn’t want you to do this, this, that, these, those and don’t you even DARE think about doing THAT even! Just do as we tell you to do!”

People who are afraid of standing on their own two feet accept this “stern father” authoritarian approach because they have never outgrown their need for a Daddy.

“No need to fear God. God doesn’t exist. Don’t steal. Don’t lie. Don’t cheat. Not because “God” forbids it, but because it’s damaging to the social fabric of cooperation needed to make our society work. Be nice to people because it is a good thing to do, and not just because you will go to hell if you don’t obey!”

While religion seeks power over you with rules and prohibitions, atheism gives you your power and *responsibility* back and trusts you as an adult to deal with it. To make the right decisions—always!

“Easy! Just confess to God and you will be forgiven.”

Sometimes they say, “Confess and do this, this and this, and you’ll be forgiven. Your sins will be deleted.”

“Yes, you are right to fear the consequences of what you did. Make amends to society NOW, while you still can! (Either with prison, a fine or whatever the courts decide!) And then go and don’t do it again!”

In other words, instead of telling us that because we believe such-and-such we will be forgiven, atheism says, “Stand on your own two feet and be *responsible* for yourself! For all your actions, and inaction.”

4. Religion says that we are “Children of God”.

Religion WANTS us to be childlike, submissive, powerless, clinging to a parent figure or a shepherd.

“Now that you are grown up, act like it. Stand on your own two feet and be strong. Cooperate with others and add to the social cohesion. Be free! Do not be afraid, but always be good!”

And that is the point of atheism. It lets us grow up and become full adults!

Penina Winisdatter is an atheist with lots of religious experience and friends.

NB: Views expressed in article are the writer’s and not those of DNB Stories.

3 Comments on “The Difference Between Religion and Atheism”