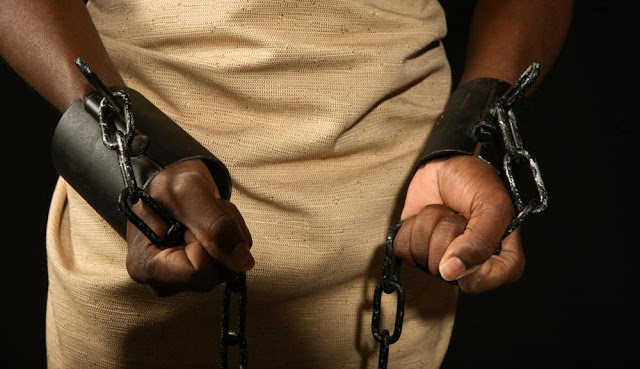 Why are humans the only animals on the planet that seem to care and desire worship and other acts of submission?


When was the last time you saw a horse pray to god, or go and kill another horse that didn’t believe in its god? (only jack-asses do this)


Millions of lifeforms do not worship the idea of a god…so why are humans so different?


The answer is simple, we are brainwashed by other humans so we can be controlled and manipulated for the gain of an elite few.


Below is a list of points of how religion enslaves the mind:


1. It convinces that you’re afflicted by Primal Sin.


In other words, it tells you there’s something wrong with you (everybody). This and other sins will damn you terribly. Much is often made of just how bad your fate will be unless you get saved.


2. It tells you that it is the only way to salvation, because it’s the only religion that washes away your sins.


That is, cures you of the illness it first claimed you’re afflicted with. These first two points are basically all that’s needed, but other points follow to “close the deal”. And your mind too, while it’s at it.


3. Christianity especially, but certainly not uniquely, emphasizes the importance of belief itself. Only if you believe the dogma of religion will you be saved.

This clever trick forces you to hesitate to even think about questioning the basic claims of the religion, such as the first two points above. It is designed to shut down your naturally inquiring, skeptical mind, and block any internal criticism of the religion.


The next two points are designed against external criticism.


4. You are told from a very early age that, among other things, morality comes from the god of your religion.


Allegedly (and by the time you reach the age of reason, this will sound extremely stupid) without god or religion, there is no morality and everyone could do just anything they please, causing society to fall into anarchy.


The real purpose of this preposterous lie is to label (by libel) all critics of religion (in general, or your religion in particular) as immoral, anti-social, and dangerous people, thus attempting (and – sadly – often succeeding) to ostracize them from society, or at least seriously diminishing the effectiveness of external criticism of the religion.


5. Also, from a very early age you are brainwashed (if successful) into believing that god, and god alone, provides you and everyone with a “purpose of life” or a “meaning of life”.

So without god (or perhaps, without religion) nothing matters and you could just as well be dead. That’s what the religion wants you and everyone else as well to believe, because once this meme is properly installed into your brain, it will serve two important functions:


First is to strongly discourage you from ever entertaining the notion that your god might not exist, thus keeping you in the fold.


Second, should you ever succeed in ridding your mind and worldview of the superstitious notion of god, you may fail to realize that this meme was also a lie promoted by the religious propaganda machine.


Thus, once you’ve “lost” religious faith, you may believe that nothing matters and you could as well be dead – perhaps leading to suicide, but more likely at least causing you to become demoralized.


Either way, it reduces the likelihood of you becoming a nuisance to the religion by criticizing it. It is possible that a great number of people who otherwise could have become important thinkers, have instead committed suicide because of this insidious piece of evil propaganda. It effectively reduces the number of external critics of the religion.


(If you only analyze the notions of meaning or purpose of life, you will see that there is no reason why you should allow anyone to treat you like an object by forcing a purpose on you; an individual guides himself in life, making it meaningful by creating his own goals and purposes. Others may also find his life meaningful and important, but that is merely an unnecessary, although beneficial, side-product.)

6. The last two points contribute to this sixth point, which is the detrimental claim or assertion that religion is so good as to be called holy and to be treated as taboo.


That is, everyone – regardless of their religious views or lack thereof, are to treat (this) religion with respect, whether it truly deserves it or not.


At the very least, criticizing it in any way – even by making truthful and well-grounded arguments against it – is considered “politically incorrect” behavior and strongly frowned upon.


It’s amazing how completely even secular people have adopted this anti-rational policy.


(This is also why some people strongly dislike being called atheists, although that also has to do with the defamation of that term that has been going on for centuries, or longer.)


For an honest truth seeker, there are no taboos, and anything and everything can and should be a valid target of critical inquiry. Religions hate such inquiry for obvious reasons, so they do their best to incite the religious emotions of the masses against critics of religion by appealing to religious notions of holiness, as well as political correctness, which seems popular among certain politically (non-)thinking crowd.


This not only benefits the religious hierarchy through the power and money they gain by this method, it also causes you to have a “vested interest” in your religion.


If you’ve spent countless hours praying, and a significant portion of your income supporting a church, you would feel foolish if you were to realize that it was all for naught.


So rather than “losing face” that way, you are more likely to continue practicing your religion.


To the detriment of society and to the hindrance of human progress – and with the rising stakes of the present and imminent future, possibly even to the destruction of the greatest things mankind has achieved, and even of our species itself.

Seeker of truth, answers and the increase in knowledge to learn something new.

I do not know everything, but I am trying.