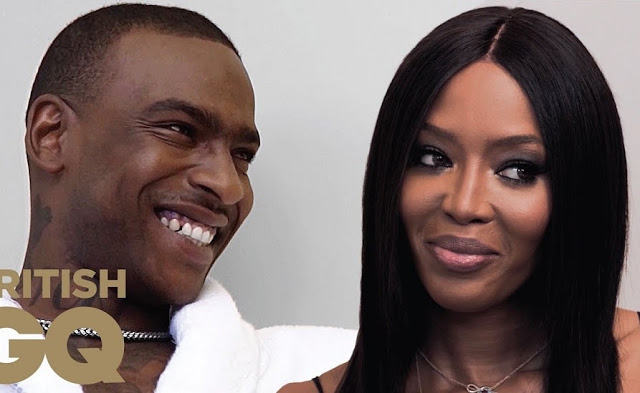 Naomi Campbell and Skepta lit up the timeline last week when the first pictures of their upcoming British GQ cover landed online.

Skepta (born Joseph Junior Adenuga) is a UK rapper and record producer whose parents are from Nigeria.

In addition to the stunning magazine cover, the rumored couple gave a coinciding interview with the outlet where they touched on racism in music, Trump’s presidency, meeting for the first time and more. 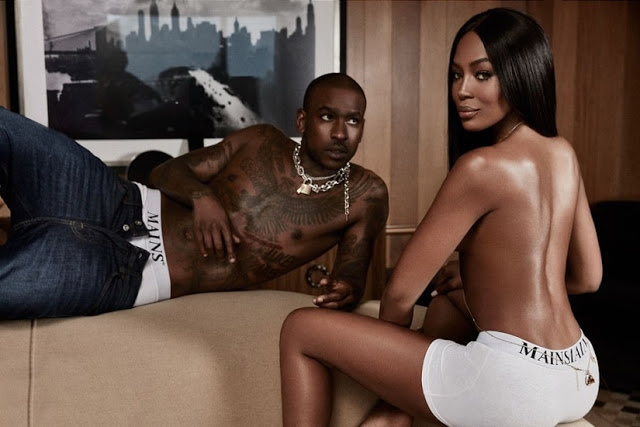 Skepta recalled his first encounter with Naomi at the 2016 British Fashion Awards:

“She’s like a bullet and everyone has to catch up,” says Skepta, who donned just a white robe sitting on the couch for the conversation.

The two look intimate despite sitting on opposite ends of the couch, but occasionally hold hands and kiss throughout the video.