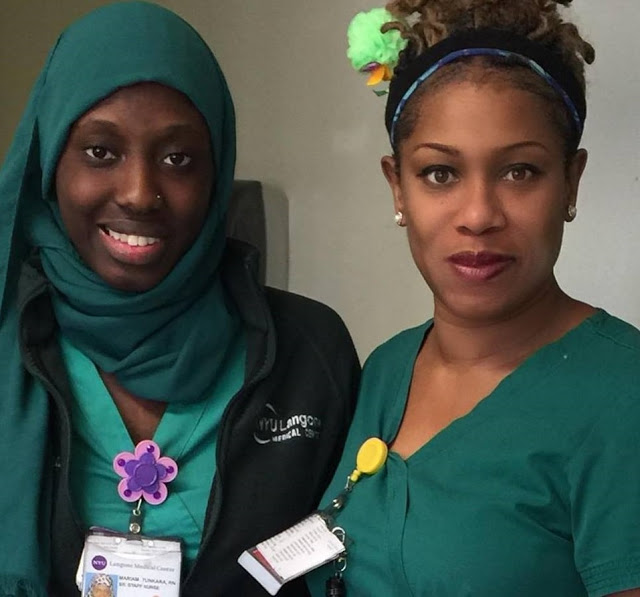 The 51-year-old a holder of the degree as a family nurse practitioner is also a graduate of the University of Lagos with a degree in Biology.

She wrote: “And today, it was a wrap at the Family Nurse Practitioner Program commencement ceremony. Yes kids, yes we did. We thank God for all his blessings, big and small.”

She is originally from Ikot Ekpat in Ukanafun local government area in Akwa Ibom State in the South-South part of Nigeria.

That same year, she competed in the MBGN 1988 contest. Though she was the crowd’s favorite contestant as well as the outgoing Miss Intercontinental, Joan Maynard, she placed second.

However, she became titleholder the following year when winner Bianca Onoh resigned.

Askia-Williams is married to American Rudolph ‘Rudy’ Williams, nephew of Ron Everette and grandson of Fess Williams; together the couple have two children – daughter Teesa Olympia and son Rudolph Junior.

Askia-Williams’ other daughter, model Stephanie Hornecker, is from a previous relationship.

She currently lives in America with her family, and is now a registered nurse (RN) practising in New York City.

School teacher shares 'Love Letter' she received from her student

Sat May 12 , 2018
by Staff writer A Facebook user, Chioma Jane, who teaches at a secondary school in Nigeria has taken to Facebook to share a ‘love letter’ she received from one of her male students. According to Ms Jane, she saw the letter on her table in the morning where the student […] 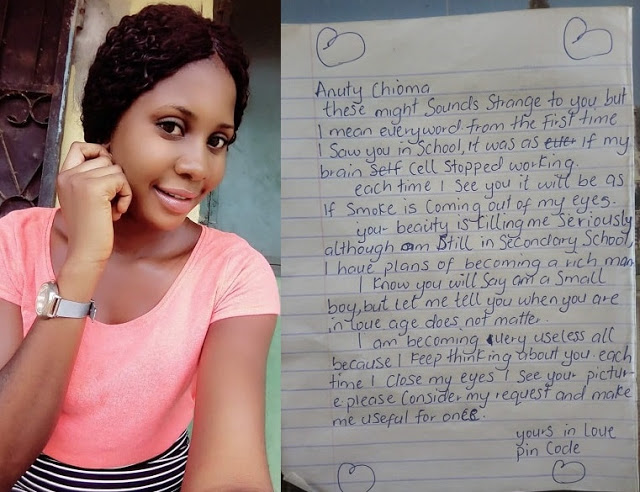