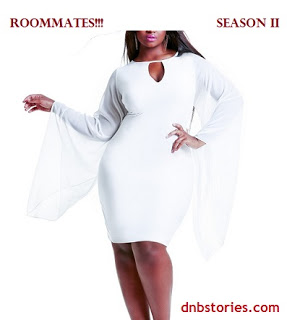 The University Teaching Hospital had an influx of patients two days ago.

A violated young girl was brought in shortly after two accident victims had been taken in.

The next morning, another girl found unconscious by the side of the road was carried in too.


Fortunately, the Teaching Hospital had the best doctors and paramedics than any other in the state.


The girl found by the side of the road came awake first, that same evening, her eyes pulled back and blank as she recalled the terror that dwelt with her in the dark room.


And that awful drink they forced down her.


It must have been urine, she was sure, not theirs, their grandmother’s perhaps.


Might not have even been from a human. A goat’s or maybe a cow’s.


She held her belly tight and tried to calm the nauseous feelings.


The next day, the young man brought in with a young girl from the crash scene came awake, his eyes only a narrow slit on his heavily-bandaged face.


He said only one thing—a question— ‘Where am I?’, his voice only a throaty groan.


‘Doctor!’ the nurse in his ward at the time screamed, running to the door.


That same evening, the molested girl found spread-eagled on the hospital bed opened her eyes too.


She checked herself and on confirming what the animal had done to her, went still in desolation.


Her shoulders started to heave. She pulled the white bed cover over herself and cried her eyes out.


But one girl did not come awake that day.


The girl that was brought in with the young man.


Because of the seriousness of her case, she was put away in a different ward, where there were more machines and tubes and wires.


She lay quietly on the bed, a transparent mask framing her mouth, her fate unknown.


Georgina opened her hand and the plump nurse in the room dropped four pills in her palm: two white-and-red capsules and two white tablets.


She took the glass of water and swallowed the pills.


The nurse collected the empty cup and carried the silver bowl she’d dropped on the locker beside her bed.


‘Please can I ask you a question?’ Georgina said.


The uniformed lady turned back to her. ‘Yes?’


‘Some students brought you in the morning. They said they found you unconscious by the heap side.’


One of the nurse’s eyes rose higher than the other. ‘Yes, dust bin.’


The nurse shook her head. ‘No, you weren’t naked.’


Georgina sighed in relief. ‘Please, I need to make a call.’


When Georgina learned that April was in the same clinic, three wards away, she felt a sudden draught of emotion.


In April’s ward, she trudged to her bed and sat.


April sat upright in the middle of the bed, leg crossed and back to the wall, her face now a shadow of what it used to be.


‘He must have been Satan himself,’ she said, her empty eyes fixed straight ahead.


April twisted slowly to her. ‘Why?’


‘I remembered late.’ She took one of April’s hands and covered it in hers. ‘An incident occurred at a supermarket once. A man hit his wife in the full glare of the public. I haven’t seen anything like it before. It was him.’


Georgina nodded. ‘It was him that day, April.’


April gave a slight nod and turned away. A line of tear ran down her cheek. ‘What happened to you? Why are you here?’ she asked Georgina.


Georgina swallowed. ‘Mine is a long story, my sister.’


The door opened and a nurse came in. She was a young smiling nurse; Georgina instantly preferred her to the plump, expressionless one that tended to her earlier.


She looked at the drip sac hanging above the bed and jotted something on the small notebook in her hand.


She looked happy. ‘You are lucky o,’ she said, her tone excited and gossipy. ‘All your results came back okay. Doctor Frank will talk to you later.’


April nodded, her eyes still filled with nothing. ‘Please did you try the number I gave you?’


The nurse turned to her. Her voice sank a further lower. ‘I think your boyfriend is here too.’


‘He was involved in an accident.’


‘Accident?’ April and Georgina said this at the same time.


‘Yes. He was brought in here with a young girl shortly before you were carried in. The day before yesterday was really a terrible day.’


‘What’s the name of the girl?’ Georgina asked.


‘I don’t know but one Mr Jackson is here for her. He was the first we could call from her phone.’


‘Jesus! That must be Loveth!’ Georgina stood.


‘Please can we see them?’ Georgina said.


The nurse shook her head. ‘The girl is in ICU. But the young man is awake.’


‘What is ICU?’ Georgina asked.


‘Hey!’ Georgina cried. ‘That means her case is serious.’


‘And you are sure this man’s name is Harry?’ April asked.


Georgina’s eyes ran back to the nurse. ‘Did you just say Onwa?’


She turned to April. ‘Is Harry related to Danotel?’


‘Yes, he remarried. Harry’s stepmother. Never met her though.’


‘Not sure that is possible,’ the nurse said. ‘The parents are here and you know big people and their wahala.’


The door opened and Abuchi came in.


He ran and hugged Georgina. He was sweaty and Georgina could feel his chest pulsing. ‘Nnem,’ he called her, releasing her. ‘Nnem, what happened?’


‘Yes. Locked my shop as soon as I heard your voice. You sounded so weak. What happened?’


On the bed, another trickle of tear sped down April’s cheek.


They came out later to meet Jackson on the bench in the hallway.


He stood when he saw April.


He walked to them. He was crying.


He hugged April. ‘She hasn’t even said a word to me yet,’ Jackson said. ‘She is still mad at me. If anything happens to her, I’ll just kill myself.’


‘With a knife or poison?’ Georgina said.


Jackson sniffled and turned to her. ‘What?’


The adjacent door opened. A man in transparent glasses and lab coat walked out flanked on both sides by a couple. He was explaining something to them. Something about their son’s condition.


Georgina saw the woman. It was Mrs Onwa.


With a large frown she turned away.


Mrs Onwa saw her too, slight surprise on her face as she passed with her husband. She didn’t say a word to Georgina.


April observed the scene and turned to Georgina. ‘Isn’t that the woman we saw on the road the other day? Your aunty?’


‘Is that man Harry’s father?’ Georgina asked her instead.


‘That’s Chief Dan, yes. The lady must be Harry’s step mother. He rarely mentioned her. He told me once that she is the reason he moved out of their main house.’ April looked at Georgina. ‘Do you not know your Aunty’s husband?’


‘I think I need to lie down now,’ Georgina said. ‘My belly has started to hurt again.’


Georgina walked down the hall into her ward.


April’s mom came shortly after. She was a tall lady in a short gown. She wore glasses and spoke English like a lecturer she is.


‘Why would you go to meet a man you barely know in a hotel?’ she asked April.


April has opened her mouth to say something when Mummy Eucharia started again. ‘Tell me why, April? Tell me why you’d go all the way to a hotel, alone, to meet a man. Tell me.’


‘All men are harmful, have I not always told you that?’


‘If your own father can be harmful, why then do you expect more from a man that is completely unrelated to you?’


Eucharia took some air, inclining her head. ‘Allow me.’


April blinked and pulled further into the wall. She was on the bed and her mum was on a white chair beside her.


‘Is he not supposed to be here now? For you. Is this not the kind of situation where fathers are needed? Where is he?’


Eucharia glanced up at her daughter. Appearing to swallow down something, she nodded and said nothing else.


She shifted and took April’s hand.


In Georgina’s ward, Abuchi bent and took a picture of her.


‘Abuchi, makachi, if I get that phone,’ Georgina said, scowling at him.


Abuchi dropped his phone and rushed to her. He bent to touch Georgina’s waist. ‘What is it?’


His shaved head positioned well in front of Georgina, she raised her hand knocked it hard.


Abuchi was glaring at her. He was about to say something when the door of the ward opened and April walked in.

#Please send your August Meeting pics to submissions90@yahoo.com and not to our Facebook Page or Dan’s personal e-Mail. Thanks.