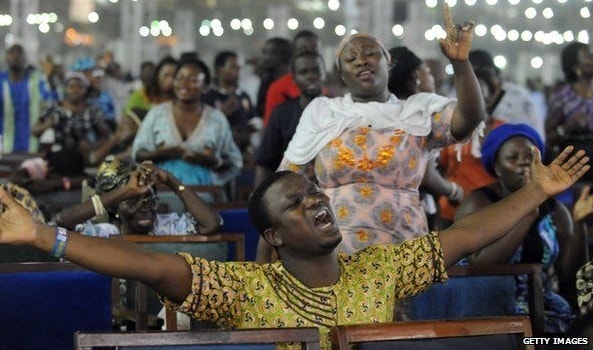 Even the official route for Africans wishing to visit the West is paved with indignity.

I still have vivid memories of my first visit to the British High Commission in Lagos a little over a decade ago.

The swarm of sweaty applicants in the unending queue, many of whom had arrived as early as 04:00.

The battalion of whispering men who besieged me as soon as I arrived, offering to manufacture whatever document I required, be it bank statements or medical reports.

The fiery brouhaha that ensued from time-to-time over a newcomer’s attempt to sneak into the front of the line.

Sometimes, it was simply an enterprising tout giving room to the person who had hired him to save a place.

Not every Nigerian was cut out for the strain of standing in the open for several hours.

Finally, at noon, a pot-bellied security man relieved us of our misery and opened the doors to the visa-processing section. “No rushing,” he barked.

Those behind kept elbowing those in front. The strong continued pushing the weak aside.

Seeing their superior so blatantly ignored, the scrawnier security men lashed out with their short whips without caring which of us might be pregnant or too frail for that kind of physical abuse.

And yet, we continued to push our way in for a chance to get interviewed for a visa.

It did not matter whether you only wanted to visit the UK or if you intended to settle. The torturous process was the same.

All this was nothing compared to the commotion at the American Embassy just down the road, which had probably quadruple the number of applicants the British did.

But oh the joy when someone succeeded in getting a visa to Europe or America. Oh the outbursts of exhilaration in families.

Sometimes, successful applicants stood in front of their congregations during “testimony time” at church, to declare God’s miraculous goodness in granting them a visa.

“The devil tried to stand in my way but I kept trusting that the same God who parted the Red Sea would do it for me,” they said.

Inspired shouts of “Praise the Lord!” sprang up from the congregation.

Many of these people had not been granted an immigrant visa, only a visitor’s visa that would expire in months. Yet they had no plans of returning anytime soon.

In the 1980s, the Nigerian government tried, through a series of adverts on national television, to discourage its citizens from abandoning their country as the economy steadily got worse.

The “Andrew, Don’t Check Out” adverts became quite popular, but I do not know that they helped to forestall Nigerians checking out in droves.

As we say in Nigeria, “Who no like better thing?”

People have come to believe that living in the West has the ability to radically transform the quality and status of one’s life, family and community. To many who fail to get visas, it is still worth every danger to emulate this.

Family homes getting a constructed borehole in the backyard with neighbours allowed from time-to-time to come in with containers and fetch drinking water.

Those who stayed home have struggled to complete their first degrees in Nigerian universities where strikes by the lecturers often ground education to a halt, while their former classmates – the visa migrants – amass advanced degrees from foreign schools.

And whenever these exceedingly educated migrants finally amass the courage to return to Nigeria, they are accorded greater respect and position than those with a local education.

Those who queued up at embassies usually felt reasonably qualified to meet the stringent visa requirements.

But there were those who would never be able to meet these conditions, yet who desperately desired to, like others, graze where the grass was greener – and someone would tell them about a route through Libya.

For every applicant who fails to hoodwink embassy staff with tall tales and fake documents, there are others who succeed.

For every boat that sinks in the Mediterranean, there are those that make it across.

Of course, there are those stories of migrants who end up making a living from wiping bottoms in old people’s homes.

But the folks back home do not really care as long as the foreign exchange continues to arrive – currencies superlatively muscular against the increasingly weak Nigerian naira.

Many embassies in Nigeria, unable to cope directly with the influx at their gates, now contract out the collection of visa application documents.

African governments did not care when their people were being whipped into order at embassies right on their own soil.

Now they are not pretending to care about those drowning in the deep, blue Mediterranean.


Adaobi Tricia Nwaubani is a Nigerian novelist. Her debut novel, I Do Not Come to you by Chance, won the 2010 Commonwealth Writers’ Prize for Best First Book (Africa)

3 Comments on “The Struggle for an American Visa”