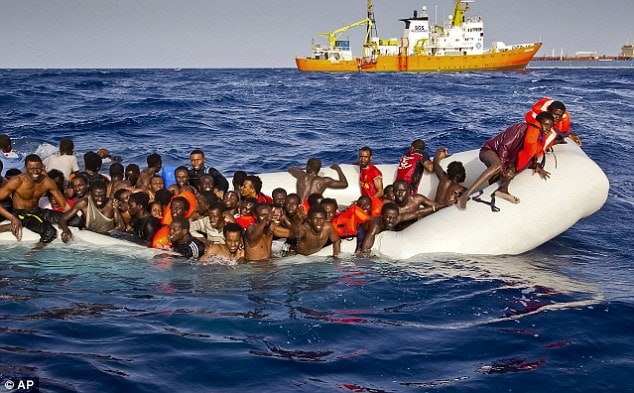 Less than half the estimated 450 migrants believed to be on a boat that capsized off the Egyptian coast have been rescued, the country’s military said.

The vessel had set off from Egypt and was heading for Italy when it was found 12 nautical miles northeast of the town of Rashid — also known as Rosetta — on Wednesday afternoon, the Egyptian military said in a statement.

The statement added that 163 people had been rescued, while 43 bodies were recovered. Initial estimates put the number of people on board the boat at 600.

Mahmoud Aly spent Wednesday going between hospitals along the coast. His brother and cousin were on board the boat that capsized.

He told CNN his cousin was rescued but his 24-year-old brother is missing. “The boat had more people than it could take. It’s a wooden boat,” he said.

He said his family would spend the night on the beach waiting for boats to resume the search and rescue efforts at daylight. “We saw the last boat after sunset. Seven people were on board.”

The incident came after the EU’s border agency warned that increasing
numbers of Europe-bound migrants are using Egypt as a departure point.

The UN says that more than 10,000 people have died crossing the Mediterranean towards Europe since 2014.