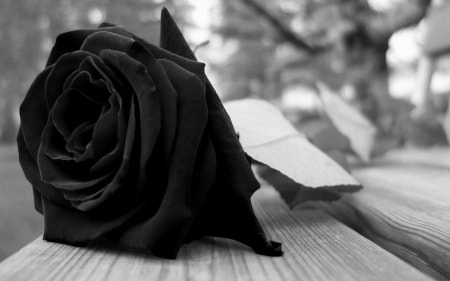 When Stuart Herd’s widowed father, William, remarried at 67, Stuart was delighted. He’d feared his father would live out the rest of his days alone, after the death of his wife, Freda, in 1986.

But, two years later, William had met Dorothy on a dating website, and they married in a quiet ceremony at a register office in Clacton-on-Sea, Essex.

It was a happy day – but little did Stuart realise it would lead to a bitter feud over his inheritance. For Stuart says he has not received a penny of his father’s £300,000 estate – instead, everything has ended up with Dorothy’s son from a previous marriage.

And it’s all because of the type of will William drew up, and changes that Dorothy made to hers after William’s death.

Stuart, 63, an accountant from Southend-on-Sea, Essex, says: ‘My father was a very trusting person. He thought the world of my daughter – his only granddaughter.

‘He would never have wanted her not to be provided for. We are a traditional family. All of my grandparents’ estate passed to my parents. So Dorothy’s family not only have her money and my father’s money – but also that of my grandparents.’

Before William passed away in 1997, he explained that he and Dorothy had drawn up mirror wills. This meant that, when one of them died, everything would pass to the surviving spouse.

The wills stated that, after both died, the estate would be divided equally between William’s son, Stuart, and Dorothy’s son.

But after Dorothy died in July 2012, Stuart discovered that she had changed her will to leave everything to her son – leaving him with nothing.

Stuart says he has begged Dorothy’s family to share the inheritance. But so far they have not done so.

Stuart says he was told by solicitors that Dorothy had changed her will because she’d not heard from him in years. He disputes this. He says he has begged Dorothy’s family to share the inheritance. But so far they have not done so.

‘It was a complete shock,’ says Stuart. ‘I only met her family once, at my father’s funeral, but Dorothy and I never had any disagreement.

‘I hope this will act as a warning to others – you have to be so careful with mirror wills, as they depend on the surviving spouse honouring their wishes.’

A mirror will is when a husband, wife or
partner make almost identical wills leaving for example everything to
each other respectively should one partner die, and if both die together
then direct to children. If there are no children then to a named
beneficiary.

Disputes over wills are soaring. Figures from law firm Hugh James show that 861 inheritance cases were heard in the High Court in 2013, compared with 490 in 2012 – a whopping 76% increase.

GET HELP WRITING A WILL

We all put things off due to the pressures of everyday life demanding more and more of our time.

But making a will is vital if you want to be certain that your wishes will be carried out and those you love most will inherit what you want them to.

Experts claim rising house prices are to blame. Properties that people bought for a modest sum decades ago have soared in value, turning beneficiaries of an estate into millionaires overnight.

Modern families also complicate matters. Today, divorce and second marriage are common, and there are often stepchildren and half-siblings. The more extended the family, the more likely the chance of a row.

Families also split up round the world, leaving some beneficiaries hard to track down.

On top of this, people are living longer, allowing for more second marriages among widows – and more time for families to fall out over the care of loved ones.

Without a will providing clear instructions, arguments are often inevitable. Yet more than half of adults, in the UK or wherever else, have not made one, according to campaigner Will Aid.
If you live with your partner, but are not married or in a legal civil partnership, then they are not automatically entitled to anything when you die

HOW LOVED ONES COULD GET NOTHING

Failing to leave a will can have catastrophic repercussions for the people you leave behind.

If you live with your partner, but are not married or in a legal civil partnership, then they are not automatically entitled to anything when you die. This means they could be forced to sell the family home, and your money distributed according to the law rather than your wishes.

If you don’t leave a will, you are said to have died intestate.

In this instance, the law dictates that the estate goes first to the husband or wife, then to any children, grandchildren, parents, brothers or sisters, half-brothers or sisters, grandparents, aunts or uncles and any half-aunts and uncles. If there are no living relatives, everything will go to the Treasury, instead of any close friends or a favourite charity as you might have preferred.

Your will is also where you leave instructions as to who will look after your children – without these, it could be left to the whims of the courts.

WHEN LIFE CHANGES, SO MUST YOUR WILL

A will is not something that should be written once and then forgotten.

It needs to be updated whenever a significant event in your life occurs that could affect it. For example, when you have children; if someone named in the will dies; or if you divorce, separate or get married.

Solicitors typically recommend that you revisit your will every five years. And if you do update it, be sure to destroy the old document so as to avoid confusion.

It’s also crucial to talk your family through your wishes while you are alive to prevent any surprises after you die. While it’s not a conversation that anyone wants to have, it will avoid arguments between relatives later down the line.

John Melville-Smith, a solicitor specialising in disputed wills at London-based firm Seddons, says: ‘These are not dysfunctional families. They are normal people but, when emotions are running high and there is a large windfall to fight over, death can bring out the worst in families.

‘And pride means that, once the courtroom fight is over, these families rarely speak to each other again.’
A will needs to be updated whenever a significant event in your life occurs that could affect it – for example, when you have children.

One Comment on “Why you must write a will”