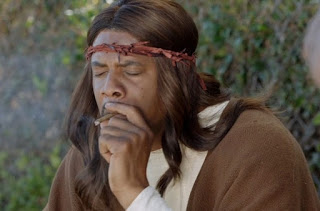 Somewhere in the world a man has abducted a little girl. Soon he will rape, torture, and kill her. If an atrocity of this kind not occurring at precisely this moment, it will happen in a few hours, or days at most. Such is the confidence we can draw from the statistical laws that govern the lives of six billion human beings. The same statistics also suggest that this girl’s parents believe — at this very moment — that an all-powerful and all-loving God is watching over them and their family. Are they right to believe this? Is it good that they believe this?

The entirety of atheism is contained in this response. Atheism is not a philosophy; it is not even a view of the world; it is simply a refusal to deny the obvious. Unfortunately, we live in a world in which the obvious is overlooked as a matter of principle. The obvious must be observed and re-observed and argued for. This is a thankless job. It carries with it an aura of petulance and insensitivity. It is, moreover, a job that the atheist does not want.

It is worth noting that no one ever need identify himself as a non-astrologer or a non-alchemist. Consequently, we do not have words for people who deny the validity of these pseudo-disciplines.

Likewise, “atheism” is a term that should not even exist.

Atheism is nothing more than the noises reasonable people make when in the presence of religious dogma. The atheist is merely a person who believes that the 260 million Americans (eighty-seven percent of the population) who claim to “never doubt the existence of God” should be obliged to present evidence for his existence — and, indeed, for his benevolence, given the relentless destruction of innocent human beings we witness in the world each day.

Only the atheist appreciates just how uncanny our situation is: most of us believe in a God that is every bit as specious as the gods of Mount Olympus; no person, whatever his or her qualifications, can seek public office in the United States without pretending to be certain that such a God exists; and much of what passes for public policy in our country conforms to religious taboos and superstitions appropriate to a medieval theocracy. Our circumstance is abject, indefensible, and terrifying. It would be hilarious if the stakes were not so high.

Consider: the city of New Orleans was recently destroyed by hurricane Katrina. At least a thousand people died, tens of thousands lost all their earthly possessions, and over a million have been displaced. It is safe to say that almost every person living in New Orleans at the moment Katrina struck believed in an omnipotent, omniscient, and compassionate God. But what was God doing while a hurricane laid waste to their city? Surely He heard the prayers of those elderly men and women who fled the rising waters for the safety of their attics, only to be slowly drowned there. These were people of faith. These were good men and women who had prayed throughout their lives. Only the atheist has the courage to admit the obvious: these poor people spent their lives in the company of an imaginary friend.

Of course, there had been ample warning that a storm “of biblical proportions” would strike New Orleans, and the human response to the ensuing disaster was tragically inept. But it was inept only by the light of science. Advance warning of Katrina’s path was wrested from mute Nature by meteorological calculations and satellite imagery. God told no one of his plans. Had the residents of New Orleans been content to rely on the beneficence of the Lord, they wouldn’t have known that a killer hurricane was bearing down upon them until they felt the first gusts of wind on their faces. And yet, a poll conducted by The Washington Post found that eighty percent of Katrina’s survivors claim that the event has only strengthened their faith in God.

As hurricane Katrina was devouring New Orleans, nearly a thousand Shiite pilgrims were trampled to death on a bridge in Iraq. There can be no doubt that these pilgrims believed mightily in the God of the Koran. Indeed, their lives were organized around the indisputable fact of his existence: their women walked veiled before him; their men regularly murdered one another over rival interpretations of his word. It would be remarkable if a single survivor of this tragedy lost his faith. More likely, the survivors imagine that they were spared through God’s grace.

Only the atheist recognizes the boundless narcissism and self-deceit of the saved. Only the atheist realizes how morally objectionable it is for survivors of a catastrophe to believe themselves spared by a loving God, while this same God drowned infants in their cribs. Because he refuses to cloak the reality of the world’s suffering in a cloying fantasy of eternal life, the atheist feels in his bones just how precious life is — and, indeed, how unfortunate it is that millions of human beings suffer the most harrowing abridgements of their happiness for no good reason at all.

Of course, people of faith regularly assure one another that God is not responsible for human suffering. But how else can we understand the claim that God is both omniscient and omnipotent? There is no other way, and it is time for sane human beings to own up to this. This is the age-old problem of theodicy, of course, and we should consider it solved.

If God exists, either He can do nothing to stop the most egregious calamities, or He does not care to.

God, therefore, is either impotent or evil. Pious readers will now execute the following pirouette: God cannot be judged by merely human standards of morality. But, of course, human standards of morality are precisely what the faithful use to establish God’s goodness in the first place. And any God who could concern himself with something as trivial as gay marriage, or the name by which he is addressed in prayer, is not as inscrutable as all that. If He exists, the God of Abraham is not merely unworthy of the immensity of creation; he is unworthy even of man.

There is another possibility, of course, and it is both the most reasonable and least odious: the biblical God is a fiction. As Richard Dawkins has observed, we are all atheists with respect to Zeus and Thor.

Only the atheist has realized that the biblical god is no different.

Consequently, only the atheist is compassionate enough to take the profundity of the world’s suffering at face value. It is terrible that we all die and lose everything we love; it is doubly terrible that so many human beings suffer needlessly while alive. That so much of this suffering can be directly attributed to religion — to religious hatreds, religious wars, religious delusions, and religious diversions of scarce resources — is what makes atheism a moral and intellectual necessity. It is a necessity, however, that places the atheist at the margins of society. The atheist, by merely being in touch with reality, appears shamefully out of touch with the fantasy life of his neighbors.

This is an excerpt from An Atheist Manifesto, to be published at www.truthdig.com in December.