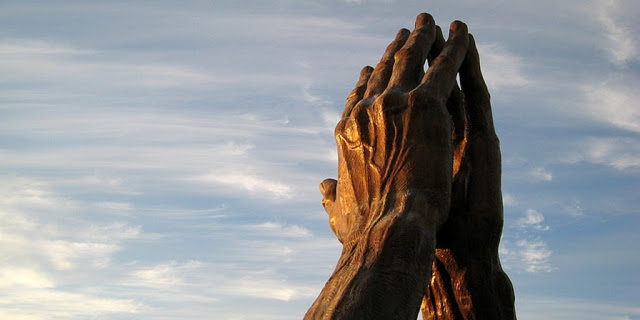 Numerous scientific studies have evaluated the therapeutic effects of prayer.

Generally, research has shown that people who pray regularly are less likely to become ill and that when they do, they tend to recover faster.

Interestingly, not only does prayer seem to have healing effects upon the people who pray, it also appears to benefit those who are prayed for by others.

Research reveals that people who pray have lower depression and suicide rates. Prayer even appears to lower blood pressure. In a study funded by the National Institutes of Health, investigators found that individuals who attended religious services at least once a week and prayed at least once a day or studied the Bible frequently were 40% less likely to have high blood pressure than those who did so infrequently.

In other research, elderly women recovering from hip-fracture surgery who had strong religious beliefs and practices were able to walk greater distances when they left the hospital than those who were not as religious.

Studies have also yielded findings in the area of distant healing (which includes intercessory prayer for someone who is ill), although many of these reports have appeared only in peer-reviewed parapsychology journals.

Perhaps the most famous study is one conducted by surgeon Randolph C. Byrd, which was published in 1988 in the Southern Medical Journal.

In the study 393 coronary heart disease patients with similar symptoms of were admitted to a coronary care unit. The patients were divided into two groups, with neither group knowing whether they were being prayed-for or not. Distant healing was sent from born-again Christians to just under half of the patients. The remainder were not prayed-for and served as controls.

At the end of the study, all of the patients’ charts were analyzed. Results showed that significantly fewer patients in the prayed-for group required ventilation/intubation; they also needed fewer drugs and contracted pneumonia less than those who were not prayed for.

Prayer did not shorten the hospital stay of either group, however.

Another distant healing study, of nearly 1,000 patients in the coronary care unit at St. Luke’s Hospital in Kansas City, was done in 1999. It found that those who were unwittingly prayed for fared better than those who got conventional care alone.

And a 1998 study of 40 people with AIDS, published in the Western Journal of Medicine, showed that the half who were prayed for by strangers felt better and had fewer medical complications than those who didn’t receive the anonymous prayers.

From the Alternative Medicine Therapies guide.