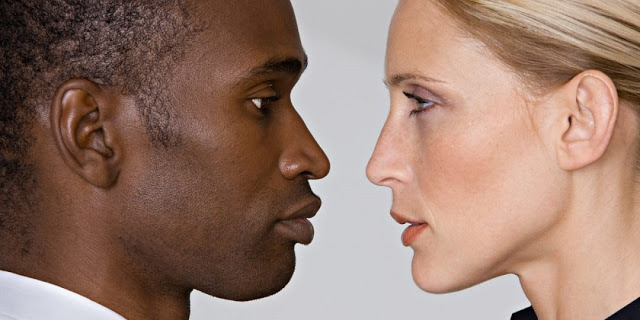 I am an American who taught philosophy in several African universities from 1976 to 1988, and have lived since that time in South Africa.

When I first came to Africa, I knew virtually nothing about the continent or its people, but I began learning quickly.

I noticed, for example, that Africans rarely kept promises and saw no need to apologize when they broke them.

It was as if they were unaware they had done anything that called for an apology.

It took many years for me to understand why Africans behaved this way but I think I can now explain this and other behavior that characterizes Africa.

What follow are not scientific findings. There could be alternative explanations for what I have observed, but my conclusions are drawn from more than 30 years of living among Africans.

My first inklings about what may be a deficiency in abstract thinking came from what I began to learn about African languages.

In a conversation with students in Nigeria I asked how you would say that a coconut is about halfway up the tree in their local language.

“How about right at the top?”

In other words, there appeared to be no way to express gradations.

A few years later, in Nairobi, I learned something else about African languages when two women expressed surprise at my English dictionary.

“Isn’t English your language?” they asked.

“It’s my only language.”

“Then why do you need a dictionary?”

They were puzzled that I needed a dictionary, and I was puzzled by their puzzlement.

I explained that there are times when you hear a word you’re not sure about and so you look it up. “But if English is your language,” they asked, “how can there be words you don’t know?”

“What?” I said.“No one knows all the words of his language.”

“But we know all the words of Kikuyu; every Kikuyu does,” they replied.

I was even more surprised, but gradually it dawned on me that since their language is entirely oral, it exists only in the minds of Kikuyu speakers.

Since there is a limit to what the human brain can retain, the overall size of the language remains more or less constant.

A written language, on the other hand, existing as it does partly in the millions of pages of the written word, grows far beyond the capacity of anyone to know it in its entirety.

But if the size of a language is limited, it follows that the number of concepts it contains will also be limited and hence that both language and thinking will be impoverished.

African languages were, of necessity, sufficient in their pre-colonial context.

They are impoverished only by contrast to Western languages and in an Africa trying to emulate the West.

I did find a Zulu-Zulu dictionary, but it was a small-format paperback of 252 pages.

My queries into Zulu began when I rang the African Language Department at the University of Witwatersrand in Johannesburg and spoke to a white guy.

Did “precision” exist in the Zulu language prior to European contact?

I rang again, spoke to another white guy, and got a virtually identical response.

So I called the University of South Africa, a large correspondence university in Pretoria, and spoke to a young black guy. As has so often been my experience in Africa, we hit it off from the start.

He understood my interest in Zulu and found my questions of great interest.

He explained that the Zulu word for “precision” means “to make like a straight line.”

Was this part of indigenous Zulu?

No; this was added by the compilers of the dictionary.

But, he assured me, it was otherwise for “promise.”

I was skeptical. How about “obligation?”

We both had the same dictionary (English-Zulu, Zulu-English Dictionary, published by Witwatersrand University Press in 1958), and looked it up. The Zulu entry means “as if to bind one’s feet.”

He said that was not indigenous but was added by the compilers.

I was interested in this, I said, because Africans often failed to keep promises and never apologized—as if this didn’t warrant an apology.

A light bulb seemed to go on in his mind.

Yes, he said; in fact, the Zulu word for promise—isithembiso—is not the correct word.

When a black person “promises” he means “maybe I will and maybe I won’t.”

But, I said, this makes nonsense of promising, the very purpose of which is to bind one to a course of action.

When one is not sure he can do something he may say, “I will try but I can’t promise.”

He said he’d heard whites say that and had never understood it till now.

As a young Romanian friend so aptly summed it up, when a black person “promises” he means “I’ll try.”

The failure to keep promises is therefore not a language problem. It is hard to believe that after living with whites for so long they would not learn the correct meaning, and it is too much of a coincidence that the same phenomenon is found in Nigeria, Kenya and Papua New Guinea, where I have also lived.

It is much more likely that Africans generally lack the very concept and hence cannot give the word its correct meaning.

This would seem to indicate some difference in intellectual capacity.

Note the Zulu entry for obligation: “as if to bind one’s feet.”

An obligation binds you, but it does so morally, not physically.

It is an abstract concept, which is why there is no word for it in Zulu.

So what did the authors of the dictionary do? They took this abstract concept and made it concrete. Feet, rope, and tying are all tangible and observable, and therefore things all blacks will understand, whereas many will not understand what an obligation is.

The fact that they had to define it in this way is, by itself, compelling evidence for my conclusion that Zulu thought has few abstract concepts and indirect evidence for the view that Africans may be deficient in abstract thinking.

Time is another abstract concept with which Africans seem to have difficulties. I began to wonder about this in 1998.

Several Africans drove up in a car and parked right in front of mine, blocking it.

“Oh, are you about to leave?” they asked in a perfectly polite and friendly way.

While the possibility that I might want to leave later was obvious to me, their thinking seemed to encompass only the here and now: “If you’re leaving right now we understand, but otherwise, what’s the problem?”

I had other such encounters and the key question always seemed to be, “Are you leaving now?”

The future, after all, does not exist. It will exist, but doesn’t exist now.

It appears that the Zulu word for “future”—isikhati—is the same as the word for time, as well as for space.

Realistically, this means that these concepts probably do not exist in Zulu thought.

It also appears that there is no word for the past—meaning, the time preceding the present.

The past did exist, but no longer exists.

Hence, people who may have problems thinking of things that do not exist will have trouble thinking of the past as well as the future.

This has an obvious bearing on such sentiments as gratitude and loyalty, which I have long noticed are uncommon among Africans.

We feel gratitude for things that happened in the past, but for those with little sense of the past such feelings are less likely to arise.

Why did it take me more than 20 years to notice all of this?

I think it is because our assumptions about time are so deeply rooted that we are not even aware of making them and hence the possibility that others may not share them simply does not occur to us. And so we don’t see it, even when the evidence is staring us in the face.

Gedhalia Braun holds a PhD in philosophy and is the author of Racism, Guilt, Self-Hatred and Self-Deceit.

Anyone interested in reading his book can purchase it in PDF format at the AR website, AmRen.com.

4 Comments on “How Africans differ from Westerners”