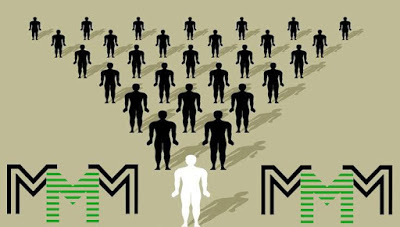 Nigeria’s number 1 Ponzi scheme, MMM Nigeria, is back. This is according to a statement issued by the official Twitter account.

“This is to officially inform you that MMM Nigeria is open for business a day earlier than promised! Let’s go there Nigerians,” the post said.

This time around the Russian Ponzi scheme is back with new conditions, which includes encouraging its members to use bitcoin for transactions.

Upon resumption, the scheme says its members will now be able to pay and receive money in bitcoins, the digital currency.

MMM cites bitcoin’s steady growth in value as a reason for participants to adopt the currency.

“In a month, not only 30 percent will be added to your initial amount, but, it can increase itself due to Bitcoin price growth,” MMM’s letter to its participants partly reads.

In the MMM message, subscribers were told to perform tasks, both online and offline, to promote the scheme and drive “traffic and participation” by the time the restriction on the account is lifted.

MMM, which before suspending operation on December 14 had over 3 million participants in the country, made inroads into the Nigerian investment market in 2015.

MMM’s decision to suspend the accounts of its patrons in 2016 threw millions of Nigerians into anguish.
See a copy of the statement attached: 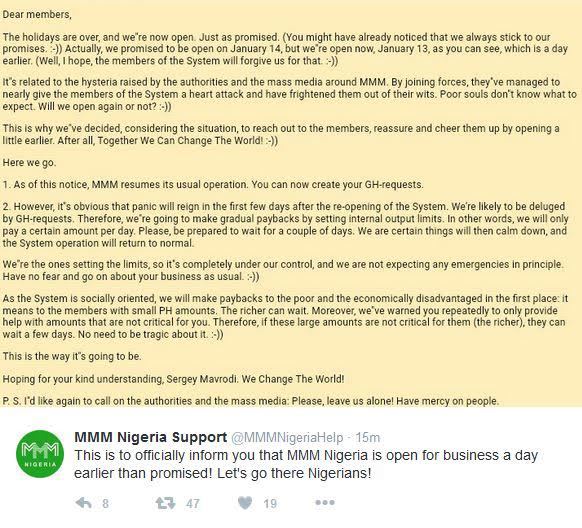 5 Comments on “MMM Nigeria is finally back, sets new conditions”