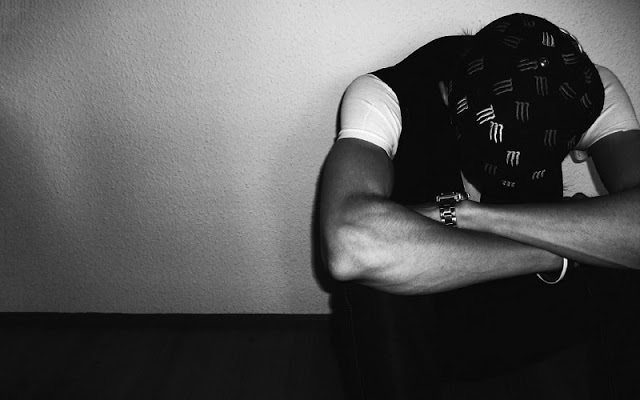 I am seated on my bed, the weight of my big head supported on my left palm. The index finger of my right hand is at work, peeling dried pieces of mucus from the walls of my nostrils.

I am just recovering from an acute flu attack which had taken a considerable toll on me, and the pieces of brittle mucus are all that is left as a sign that I have been down. I stare down at the dried dots of what must have been a bedbug’s blood on my white bed sheets and pillow case. My mind has gone blank.

A bedbug emerges from under my blanket, scampers across the bed and disappears into my pillow case. It’s quite absurd, my pillow is already infested with bedbugs, in spite of having been in place for hardly three weeks.

I tear open the zipper that sticks the two ends of my pillow case together, but my attempt at tracing the bedbug is futile. I lie down on my bed and get lost in thoughts as the music from my phone plays on my mini-speaker via a Bluetooth connection. ‘Supermarket Flowers’ by Ed Sheeran. That’s the song that is playing from my phone. I am subconsciously singing after Ed Sheeran, but quite unsure of the lyrics.

Two or three weeks back, I’d ambled to Kabundaire market and bought myself a new pillow. Not because I had grown tired of lying flat like a serpent every night, not because I had acutely fallen in love with pillows, but because nature had dictated.

At about the same time, Nakanwagi had said the proverbial ‘yes’ to my proposal and walked into my life as bae. She had erected the parameters to our relationship, she had defined the terms and conditions for the relationship between the two of us and I had silently nodded in silent approval, regardless of the selfishness that embraced them. Her role as bae was to keep me company, we had agreed. Nothing else. No bad touches, no passionate kisses, no handjobs, no sex.

Just company. Whatever that meant.

And I bought a pillow, not minding the long stretch of time for which I had gone to bed, flat and devoid of any pillow. Nakanwagi was coming into my life and I wasn’t going to remain the same. I wasn’t going to let her come and lead the life of a serpent. Going to a flat bed and rising up with aching muscles of the neck. Going to a bed with black bed sheets which were last dipped in water on the Easter vigil of last year.

Somehow, I knew only too well that she could not avoid frequenting my bed, even though it was obvious that she’d not give leg.

“Dad always told me
Don’t cry when you’re down
But Mum, there’s a tear every time that I blink.”

Somehow, Ed Sheeran’s song is speaking directly to me. Telling me to not cry. Before I draw a breath, a tear finds its way out through the tail of my left eye and rolls down my chubby cheek. So does a tear from another eye. I draw a handkerchief from one of my pockets and wipe the tears on my face.

Our promises to each other were in vain. She had covered me with a blanket of hot air. The pillow I bought was also a waste of both time and money.

I had seen it coming to this but paid no attention to it. Perhaps, the future would be bright. One day, Nakanwagi would wake up and, with no chest X-ray, read my love for her through my ribs.

One day, she would wake up to the fact that I verily loved her, with no reserve, and that a chamber of my heart had been set apart for her.

Nakanwagi was never in love with me. Only I was in love. Only I actually had the insincere feeling that I could not live without her. Only my offals gave way to gaseous contents at the thought of her. Only my blood pressure shot up whenever I beheld her at a distance. Only my palms sweated profusely whenever I thought about her.

She just nodded her fluffy head in approval whenever I ejaculated the effortless, ‘I love you’. I never heard it come from her own mouth. Not even on the Thursday evening when we agreed that we’d start a relationship. A relationship hinged on mutual love for each other. Only once, within that bloody week, did she say that she liked my moustache. That it reminded her of a certain character in the good old NTV soap, La Tormenta.

And she blushed after saying it. Like, she did not really mean it.

Everything still sticks to my mind, fresh and more depressing. I remember vividly, how it happened, just two days ago. When I told her I had grown weary of being treated as a mere friend. As a doormat. I was tired of the excuses she made whenever I called her to come and keep me the company she had pledged. I told her that I was pulling out of the relationship and moving on in search of life’s greener pastures.

The tough reality struck me hard, then. I saw it in her eyes. All along, I was dating a lovely loveless robot. With not a tinge of love traceable anywhere in her heart. That’s why a plastic smile spread all over her face and her lips fell open as if there was something she was hesitating to say. She was being relieved of a duty she had not enjoyed executing. And she did not stop smiling, until I held her hand, until I walked her down to her residence, until I bid her the last farewell as she crawled under her blanket for the long night.

Ed Sheeran’s song goes on as more tears well up in my eyes. Maybe, he’s not been in my shoes. His heart has not been broken before. Or he used only a part of his brain when he was writing down the darned song.

Or he was under the influence of a highly concentrated Waragi brewed from clots of blood from a menstruating woman at the time when he penned down this song, peppered with phrases bursting out of an inconsiderate head.

A heart that’s broke is a heart that’s been loved, he alleges. Has he really thought about this song and the meaning of the lyrics? Does he really know that my heart is broken and probably not loved? Has he, even the faintest idea of how many litres I cried on that night? Does he even know, I called my Mum the morning that followed and told her about the misadventures her lastborn child was going through?

There’s something nostalgic about this Ed Sheeran music. Something deep and depressing about it. Ed Sheeran was Nakanwagi’s favourite musician. She would sit down for as long as she had time and sing after him. Song after song.

And, I had once overheard her tell a friend that she wanted to date a guy who could sing her an Ed Sheeran song. Just to create memories. But, what hadn’t I done in a bid to please this ungrateful soul? Hadn’t I even sacrificed several hours off my tight schedule, to just be with her and tell her some of the things that are known only to me and my family? Was she not the only one, of all the girls I dated, who knew about the spear that lies hidden under the mattress that my great grandfather once occupied?

And the lion it killed?

Ed Sheeran’s music is not playing any more. And my mind has gone blank again.

2 Comments on “Short Story: A Flood Of Tears”