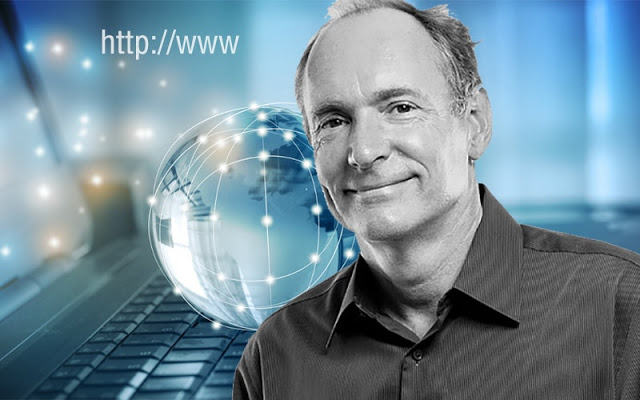 In 1989, while at CERN (a European research organization that operates the largest particle physics laboratory in the world), Tim Berners-Lee invented the World Wide Web.

The World Wide Web (WWW) is what most people today consider the “Internet” — a series of sites and pages that are connected with links.

Though the Internet had hundreds of people who helped develop the standards and technologies used today, but without the WWW, the Internet would not be as popular as it is today.

The world’s first-ever web site and web server, info.cern.ch, was developed by Tim Berners-Lee at CERN and published online on August 6, 1991.

Growing up, Sir Tim was interested in trains and had a model railway in his bedroom.

“I made some electronic gadgets to control the trains. Then I ended up getting more interested in electronics than trains. Later on, when I was in college I made a computer out of an old television set.”

After graduating from Oxford University, Berners-Lee became a software engineer at CERN, the large particle physics laboratory near Geneva, Switzerland.

Scientists come from all over the world to use its accelerators, but Sir Tim noticed that they were having difficulty sharing information.

Tim thought he saw a way to solve this problem – one that he could see could also have much broader applications.

Already, millions of computers were being connected together through the fast-developing internet and Berners-Lee realised they could share information by exploiting an emerging technology called hypertext.

In March 1989, Tim laid out his vision for what would become the web in a document called “Information Management: A Proposal”.

Believe it or not, Tim’s initial proposal was not immediately accepted. In fact, his boss at the time, Mike Sendall, noted the words “Vague but exciting” on the cover.

The web was never an official CERN project, but Mike managed to give Tim time to work on it in September 1990.

He began work using a NeXT computer, one of Steve Jobs’ early products.

By October of 1990, Tim had written the three fundamental technologies that remain the foundation of today’s web (and which you may have seen appear on parts of your web browser):

2. URI: Uniform Resource Identifier. A kind of “address” that is unique and used to identify to each resource on the web. It is also commonly called a URL.

3. HTTP: Hypertext Transfer Protocol. Allows for the retrieval of linked resources from across the web.

Berners-Lee was raised as an Anglican, but in his youth, he turned away from religion. After he became a parent, he became a Unitarian Universalist (UU) — a liberal religion characterized by a “free and responsible search for truth and meaning” and composed mainly of atheists and agnostics.

Named in Time magazine’s list of the 100 Most Important People of the 20th century, Berners-Lee has received a number of other accolades for his invention.

In 2004, Berners-Lee was knighted by Queen Elizabeth II for his pioneering work.
Share this post with your friends: