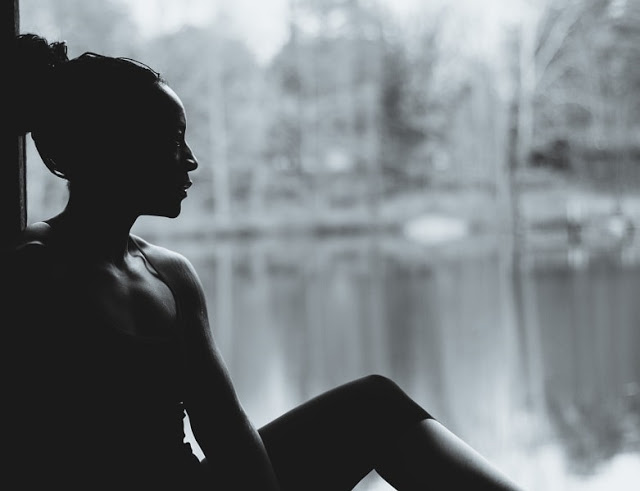 He told Obinna that all he needed was just N30, 000 to start. He’d be travelling to Cotonou with him to buy the clothes.

‘Clothes are so cheap there [Cotonou] you’d wonder if they are made of sand,’ he said to Obinna. ‘But once you enter Lagos, you must shine your eyes. To survive, you must be as sharp-eyed as a hawk. I ga epu anya ka nkwo!’

Obinna had stayed quiet all the while Ahanna talked about Lagos, with a faint look of anticipation on his face, as though afraid to show Ahanna how disturbed the stories about Lagos has made him.

Ahanna told him about Area Boys, ‘ndi nwe obodo’—street owners—as he described them, who sit in clusters all around the place causing mischief and extorting money from people, about the traffic that could hold one for hours, the omoniles’ who came to pull down people’s structures when they did not settle them for the land they bought.

Obinna’s jaw dropped when Ahanna mentioned this. ‘Chelukwa, nwanne—wait, brother, are you telling me that after buying land, you must settle some people before building on it?’

Obinna understood his pidgin, but could not speak it. He thought Ahanna had learned it fast; it was barely four years he left Iruowelle for Lagos.

Then he saw Ahanna smile—grin actually— and immediately had the hope of hearing now the good things about Lagos, praying they far outweigh the near horrifying ones he’d already heard.

‘But ashi dey o!’ Ahanna said. He’d lowered his voice and Obinna knew whatever ashi meant would be bad.

‘What is ashi?’ He too had lowered his voice when he called ashi. They were in his house and although Mama Obinna was in the kitchen at the far end of the backyard, her good hearing was legendary.

He’d heard the sickening tales of ashawos before— rotten girls who stood half-naked on the streets at night selling not leather or plastic, but their bodies.

He’d heard their stories from Father Jude during one of his soporific sermons, Mama Ozioma during a gossip about her young cousin who had just returned from Lagos wearing trousers, and then Teacher Nwokolo, and even Principal Eze at the Community Grammar School.

But it wasn’t the mentioning of prostitutes that got Obinna so very shocked, it was the large smile on Ahanna’s face when he said it, the show of great happiness, as though ashawos were a rare precious gift God has blessed Lagos with.

And now he began to wonder what Lagos really is, what it does to people.

Four years ago, Ahanna would never had as much as shown a single teeth at the mentioning of prostitutes.

He’d have pitched a long hiss and curse and curse. But now, with that smile, it was obvious, he too may have patronized them, or even be a regular customer.

Mama Obinna appeared with the tray. ‘Ngwa, food is ready,’ she said.

She used her foot to pull a stool nearby to their front. She placed the tray on it. ‘Let me bring water to wash your hands with.’

Ahanna rubbed his hands together. ‘Thank you, nne.’

Two plates sat relaxed on the tray. One, the flatter one, had a mound of fufu on it and the other, sizzling egwusi soup.

The vapour rising from the round plate steadily watered Ahanna’s mouth and the urge to start eating before Mama Obinna returned with the water nearly overpowered him.

But Obinna was not very much around. His mind bore a different thought, a heavy one.

‘So you have your own house in Lagos now?’ he asked Ahanna.

Ahanna wondered if Mama Obinna has gone to Ama-Oji to fetch the washing water.

Finally, the plump woman returned with a red bowl half filled with water.

Ahanna thrust his hand into the bowl before Mama Obinna could drop it on the table, carrying it from her.

Obinna watched him devour the fufu, one big ball after another.

Ahanna has dug away half of the whitish mound before Obinna finally washed his hands and joined him.

Ahanna’s face puckered as he tried to pick his teeth with a broom stick Mama Obinna had brought for him when he demanded for toothpick. ‘Nnaa, mehn, thanks for the food,’ he said.

Obinna did not respond this time. This was the third time Ahanna would thank him for the food. Now, with a feeling of near dismay, he wondered if there was food in Lagos at all too.

‘So how big is your house?’ he asked.

‘Oh, rooms. You will see when we get there.’

For once in her life, she felt out of control. Emotions whirled up inside her in turbulent currents.

Emotions she hardly recognized, let alone knew how to tackle.

It was her Obinna that was leaving, leaving her to Lagos.

Now, all of Lagos she could picture was an enclosed space, room-size or a little larger, filled with women, women of all ages desperate for men, men like Obinna.

Now the door of the room open slowly and Obinna walked in.

The women screamed, running to him. In a matter of minutes, they had devoured him, leaving him unhealthily thin. Skeletal.

She shuddered and commanded herself to be still, to take charge and be in control. Like always.

But her inner strength obviously failed her, and a moment later she was deep in thought again.

Her mother’s voice jolted her back to life.

Even though Uchechi was at the other end of the compound, a sizable distance from the veranda where Adaku was sitting, her voice seemed to cause the ground below Adaku’s feet to vibrate.

Uchechi was a large woman. But because she was tall enough with proportional distribution of flesh, people did not easily call her fat. Adaku had her mother’s curves, only shorter.

Uchechi often teased her that whoever was going to marry her would pay double for her bride price.

Whenever Uchechi said that, Adaku would picture herself tying a wrapper above her chest like a married woman, sweeping at Obinna’s compound or preparing his food, while humming gently to ‘Dim o – dim o – dim o!’

Her mother was coming close. ‘This girl, I said, won’t we eat tonight?’

‘By sitting there all day holding your chin like someone whose suitors did not come as promised?’

Adaku’s eyes ran up to her mother.

‘The fire is not even up yet. Binie, go and make the fire and let me bring yam.’

She turned and started toward the barn. Adaku got up, untied the wrapper above her blue gown, tied it back firmer and dragged toward the kitchen.

‘Ugochi, bring me matches!’ she called.

‘If I meet you there, eh…if…’ Adaku had turned to head indoors when Ugochi appeared at the doorway with a box of matches, a big frown on her face.

Adaku jerked the matchbox from her. ‘Anu ofia—wild animal!’

Ugochi murmured something before turning back inside.

‘That’s your business! Hope the soup pot is clean otherwise that your pointy mouth will depart from you this evening.’

‘Papa, I need money for my JAMB form.’

Papa Adaku dropped his ball of yam fufu back into the soup and turned to his daughter. ‘JAMB form?’

Now even Uchechi was staring at Adaku. ‘So what happened to marriage?’ she asked.

Ugochi laughed. ‘Obinna is travelling to the big city and now she suddenly remembers school.’

She was on to another laugh when Adaku’s palm met her cheek with tremendous force. The laughter died prematurely. Slowly, it was replaced by muffled sobbing.

He exchanged glances with his wife, that brief eye contact peculiar to parents that bore deep communication.

As the door banged shut behind Ugochi and her little brother, Adaku knew what must be done. ‘I’m sorry, Papa. I…’

‘Why did you suddenly change your mind?’ her father cut in.

Adaku was not happy. She’d preferred her father talked about it, scolded her or even punished her.

Gone were the days she enjoyed her father’s excessive indulgence.

She was an only child for long. Ugochi arrived when she was already seven, and Ekene two years after.

Even now that she was only some months to nineteen, she knew the connection she had with her father hadn’t changed any bit.

She had remained her father’s favourite.

That had been the reason when she told him that she’d want to get married first and then go to school from her husband’s house, with her husband, Mr Onochie’s protest lasted only a few days.

He worked at the Local Government; he knew well about the importance of education. But he finally indulged his daughter, like was usual of him.

But now that Obinna has suddenly decided to change the earlier plans, Adaku couldn’t really fathom why she was not furious at him.

Why she had not stored hot water in a flask and then walk to his house and pour it on his head.

Uchechi shifted so that she was now closer to her daughter. ‘Something is wrong. Gwa m, what is it?’

‘Nothing, Mama.’ She folded her hands together. ‘I just want to go school.’

‘How much is the form?’ her father cut in, as was his quick manner of speech.

‘Remind me tomorrow morning and I will give you the money.’

They finished their meal in silence.

Later that night, Uchechi knocked and entered her room. She tied her wrapper above her breasts and she smelled pleasantly of cream and talc. Her neck was white with it.

Adaku rose and shifted for her to sit.

‘That Obinna is travelling to the big city.’

She inhaled deeply. Her mother’s eyes remained on her. And she finally nodded.

And at that moment, the sadness hit her like a blow. She swallowed hard, but she didn’t push it down. It sprang back up her throat with great force and she began to cry. Her mother clutched her to herself.

They remained in embrace till her sobbing subsided. Her mother released her.

‘Everything will be fine,’ she told her as she rubbed off her tears. ‘All will be well.’

She kept nodding to each word, as though the more religiously she nodded would mean the more certain that her mother’s words came true; that all became fine.

Obinna would cancel his trip. That it was announced on the radio that Lagos has become too filled it could no longer accept any more people.

When her mother left, she lay back into the soft mattress and cried some more before drifting into the unawareness of sleep.