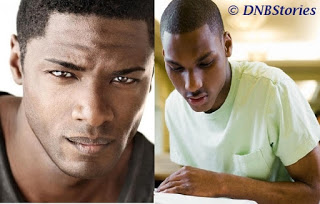 He reached into his bag again. At the same corner he found the money, he saw a piece of paper.

He spread it out and read it slowly.


He did not understand. He did not know what she was sorry for.


For touching him at night and taking his erect penis into her mouth?


He wasn’t really angry about that.


He liked her. Just not enough to cheat on his wife with her.


He told Ahanna about the money.


For once he didn’t make joke.


He told him what they needed to do. They have to start something with it. No matter how small.


But what can they really start with just N5000.


Ahanna liked the idea. He smiled, shook his hand and called him Bill Gates.


They bought a large bowl from a nearby plastics’ store.


Then Obinna followed the other Lacasera boys to the large store where they got their supplies from, and Ahanna to a big provisions’ store to get a carton of Gala.


With that they entered the street and sales began.


It was tough at the beginning.


When the sun had risen far overhead, its stinging rays felt like fire on their skin.


They lost their voices screaming out to buyers.


Other more experienced Gala and Lacasera boys scowled at them and called them names.


They told Ahanna he was too old, and often made jokes that his Gala has expired. So he had to spend extra time convincing the intending buyer that the boys were only making joke.


But Obinna was expert at selling.


He did not scream too much. He knew he needed not to. With his cute smile and subtle eye movements he can have you feeling thirsty for his Lacasera when you are actually not.


They sold more when the traffic was heavy, with impatient drivers honking and cursing at one another.


‘Cold Lacasera?’ Obinna would say, presenting a bottle of amber-coloured liquid. He would smile at the person, his eyes slightly hooded, as though there was something in his Lacasera that he was sure the person needed to be whole again.


Mostly, the person would cast a curious a glance, and most times they’d call him and buy, including the drivers, but never their conductors who seem to share a strong affinity with water in transparent sachets.


He sold more at Barracks Bus Stop, so he went there often.


Some months passed and they had made a tenfold of the money they started with.


Ahanna trusted him with the money. He was scared another Okechukwu might come along someday and use juju or whatever it was they used on him before again, because he yet couldn’t believe he had fallen so stupidly for their prank at that time. With his over four years of staying in Lagos.


Not even Ahanna knew where he kept it.


One Sunday afternoon, as he moved along the stiff traffic, the window of a black BMW rolled down and a beckoning hand appeared from it.


He ran to the clean car with his bowl of cold Lacasera and now Coke and Fanta and Pepsi—he’d gotten a bigger bowl too.


A dark man asked him to give the kids at the back what they wanted.


There were three kids and they all wanted Coke.


But he had only two left.


He took the two bottles he had and thrust into the kids’ hands.


Then he ran, flung his fingers into the bowl of a nearby trader to collect one more and threw out a N100 note at him.


The man paid him and he thanked him with a smile.


Probably it was the smile that made the man give him a second look.


He didn’t notice though; he was folding his money underneath the others and was soon off to another customer. A lady in a bus wanted bottled water.


The traffic has started moving now and he was surprised car honks still filled the air.


He turned and saw that the man’s car was not moving and the cars behind him were about to devour him with their honks and curses.


He ran back to the man’s car and discovered the vehicle’s engine could not come on. In his manner of being in control at all times he quickly dropped his bowl on the car roof and signalled to the man to open his bonnet.


The man, dark with shaved head, nodded— that prompt nod of desperation.


He rushed to the front of the car and lifted the shiny black sheet of metal. He did a few checks, his fingers moving swiftly across the many wired components.


A few seconds and he signalled to the man again.


The man turned the ignition, but nothing happened.


He ran to the back and pushed the car to a start.


The man revved up his engine and moved.


Carrying back his bowl, he saw an extended hand wave at him from the car and nodded.


But then he looked again and saw the car was stopping, the man’s hand still waving. He ran back to the car.


‘Thank you very much,’ the man said.


‘Ok. My name is Ade.’ He turned to pick something from his glove box.


Obinna was surprised the man hadn’t used a title to address himself. A man in a car as big as that should have something attached to his name at least—Chief, Dr, Engr. or even the dry and ordinary Mr.


‘Here is my card,’ the man said, extending it.


‘Give me a call whenever you need anything, ok?’


He told Ahanna about it late at night and he only hissed and told him it was very common for big men to give out their cards whenever a poor man helped them.


That it meant nothing and the man won’t probably remember his name when he calls him.


Obinna shook his head in disbelief but still kept the card.


In the morning, he put it inside the inner pocket of his bag.


It was now obvious to the other students, and the lecturers too, that they were in the akada group; the students who regularly used the library, bought all hand-outs and read all night.


The students who sat in the front during lectures, never missed any and whose hands always go up whenever a lecturer asked a question. The students who aid other students with their assignments and everyone struggled to sit nearby during exams.


Though Adaku was not like the typical akadas that usually segregate themselves from the rest of the class. She played and joked with everyone and only got serious when she needed to be.


Of course, as a Zoo student, there was no way you could survive without being any zoological in behaviour.


Even Felix has come to learn this. He was now course rep and without the jokes and frequent plays, the other male students would have meted out a good dose of frustration to him.


He’d told Ada that he’d chosen Zoology just to get at his dad, who thought because he was a successful medical doctor and owned a chain of clinics in major cities across the country, that all his kids must study medicine.


‘So you chose to be the odd one out,’ Adaku had said after hearing his story, appearing neither surprised nor impressed.


That had made him curious.


He seemed now to enjoy everything about his department though: his crazy course mates, the jovial lecturers, their newly-completed laboratory near Admin Block and one particular loud boy called Okwe who could form a joke out of anything.


But most especially was his relationship with Adaku Onochie, his reading mate.


And this evening that he was finally coming to visit her in her lodge in Temp-Site, they might as well do more than reading.

Adaku thought it was Debby. She probably had smelt her Jollof rice too, like she did her Okro soup the other day.

Surprise came on her face when she opened the door and it was Felix.

‘How did you locate my room?’ she asked.

He smiled and slapped the wall above him. ‘Block D, Room 8.’

Adaku returned the smile. ‘Come in.’

He entered, his eyes scanning the room.

Adaku suddenly felt him different. He appeared suddenly larger, taller, older, in many ways different from the way he looked at school.

Maybe it was because he wasn’t carrying his signature backpack now.

She pulled a chair for him and he sat. They talked about school while she finished with the food.

Some minutes after, she dropped a plate of steaming, red-coloured rice and fish on the table before him. He complained that the food was too big and she only gave him a face.

As he ate, she left the room to Debby and Candy’s room to borrow a chair.

Debby asked her why she needed an extra chair.

‘I have a visitor,’ Ada replied, lifting the chair.

‘Oh, one of your girls from church came?’ Candy asked, her eyes not leaving her new Sagem My X-2 cell phone

At the door, Adaku turned to her. ‘No, a good friend of mine from school came. And he is a guy.’

The two girls exchanged surprised glances as Ada disappeared out of the room.

Back in her room, she came to join Felix on the table with her own plate of rice.

‘Why give me this tall heap and dish out so little for yourself?’ Felix said to her.

She smiled. She particularly enjoyed his wit. After the food, he said he wanted to stretch out on the bed.

He did while she cleared the table.

When she was done, she came back to her seat at the table.

Felix tapped the mattress, beside his upright knee. ‘I think you’d feel more comfortable on the bed and I know you think so too, don’t you?’

Adaku smiled and asked him about their coming trip to Ibadan instead.

A NAZS conference was coming up at the University of Ibadan and both of them have been selected to represent their department.

‘Do you look forward to it?’ she asked him.

‘Not really,’ he said, sitting up, now with his back to the pillow. ‘Have you been to Ibadan before?’ he asked her.

She seemed slightly surprised at first, and then she remembered she’d heard him say Yoruba words before. With another course mate of theirs, Muyiwa, who was Yoruba.

‘Come and sit on the bed,’ he said, pulling back to rest his back to the wall.

She stood and went to sit at the edge of the bed.

He stared at her.

For the first time Adaku felt uncomfortable under his gaze.

He pulled out of the bed and took her hand.

He rubbed it. Her skin was soft and smooth. ‘I like you, Ada,’ he said, his voice deeper than it usually were, meaning the words.

She took back her hand quickly as if his fingers had stung her. ‘You can’t like me, Felix,’ she said.

‘Why?’ He appeared surprised at first, but the next second his lips curved in a small smile, getting her curious. ‘I know, right,’ he said. ‘You are a badass, an unrepentant Marxist no son of a rich man should come close to, but I still like you.’

She was looking at him, saying nothing.

He took her hand again. He was moving in to kiss her when she pushed him back, gently. ‘You don’t get it, Felix. You can’t like me because I am a married woman.’

He set curious eyes on her for some seconds and then started to laugh. ‘You, a married woman, how possible!’

She stood. ‘How far is Lagos from Ibadan?’ she asked him instead.

‘Because that’s where my husband is.’


Every iota of amusement cleared from Felix’s face at once!