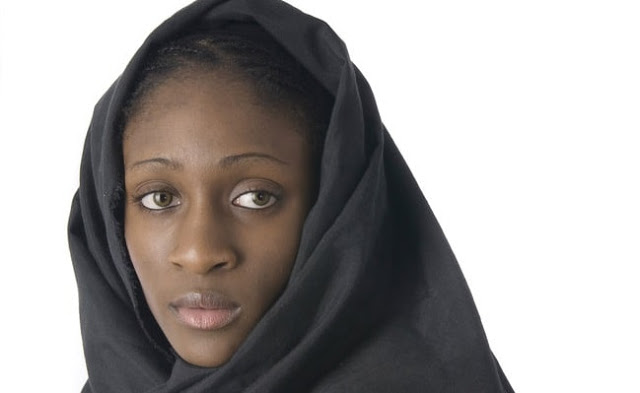 Thousands of women and girls have endured all sorts of sexual violence from Africa’s leading terrorist group, Boko Haram.

But a recent New York Times report has revealed an even more disturbing truth:

Nigerian security forces are also raping and assaulting the people they are meant to be protecting!

Read the horrid experiences of 14-year-old Falmata and others below:

“Falmata’s life had been stolen by war ever since she was in primary school.

She was abducted from her home and raped repeatedly by Boko Haram fighters for the next three years.

She finally escaped around November, slipping into the bush while her captors slept.

Fourteen years old and alone, she finally made it to a camp for victims of the war.

The camp was supposed to be a refuge.

Falmata had just settled in for the night when she heard footsteps outside her tent. A security officer’s voice instructed her to come out. Frightened, she obeyed.

He took her to his quarters, she said, and right in there raped her.

Hours later, after she had returned to her tent, another officer arrived, she said. He raped her, too.

“The same day I was brought there, soldiers started coming to rape me,” Falmata said.

“They did it one after another. I’m not even sure those two knew about each other.”

Rape has been a defining horror of the war with Boko Haram, which has consumed northeastern Nigeria for eight years and spread beyond its borders.

At least 7,000 women and girls have endured Boko Haram’s sexual violence, the United Nations estimates. Boko Haram militants kidnap and rape young girls, teenagers and women, handing them out as so-called brides who are sometimes passed from fighter to fighter.

But Nigerian security forces have also raped victims of the war, preying on the people they are assigned to protect.

“The soldiers would come and hold me so tight,” one 13-year-old girl said in an interview.

She said she had been raped about 10 times this year at a camp in Maiduguri, the city at the center of the fight against Boko Haram, before running away for her own safety.

“They were old enough to be my parents,” she said of the soldiers who raped her.

The Nigerian military has cleared parts of the countryside to hunt for Boko Haram’s hide-outs, forcing hundreds of thousands of civilians to move into huge settlements throughout northeastern Nigeria. Many other civilians have made it to the camps on their own after fleeing Boko Haram’s deadly assaults.

Most of the camps are overflowing, with new arrivals every day. Food and water are often in short supply, residents say, and health workers are battling a cholera outbreak that has killed dozens.

At night, the camps are dimly lit. Aid workers come during the day, but typically not after sunset because of wartime curfews. Security forces tightly control who goes in and out of the camps, sometimes coercing women and girls to trade sex for food.

Government officials say they need 24-hour security to protect the residents, especially since some of the camps are regular targets of suicide bombers deployed by Boko Haram.

But in one camp, called Teachers Village, some residents said the security forces had worked out a system to select their victims. Young women were called to cook for them. After the women finished, security officers insisted that they clean up, telling them to go bathe in the officers’ quarters as the men watched.

“At first none of us knew they were doing this, but then the stories started to spread around camp that anyone cooking for them would be raped,” Hadiza, 18, said.

After living in the camp for several weeks, Hadiza said, she was picked to cook for the officers. She was terrified.

“Definitely my time has come,” she recalled thinking.

Later, she was asked to serve water to four security officers in their room as they dined. One by one they left, she said, until only one man remained. He dragged her into a separate room and raped her, she said.

Hadiza was injured, she said, but didn’t ask for medical care, fearing that the officers would seek revenge. She said she tried to keep a low profile for a couple of weeks, but officers spotted her and raped her again. She said she had been raped as many as 20 times in the camp.

“Once they identified you as a girl they wanted to have sex with, they would hardly leave you alone a single day,” Hadiza said.

By spring, word of the rapes at Teachers Village camp had spread so widely across Maiduguri that people began showing up at the gates to look for missing relatives. Distant relatives arrived for Hadiza and took her away.

Last year, President Muhammadu Buhari called for an investigation into sexual assaults at the camps after Human Rights Watch detailed the abuse in a report, ordering new measures to protect the vulnerable. Security officers have received more training, and at least 100 female officers have been deployed inside the camps. As a result, the number of complaints of sexual abuse has declined, according to some aid groups and the police.

The police have arrested several men for sexually abusing and exploiting women and girls, according to the United States Embassy. The arrests, made last December, include two police officers, a prison warden, two civilian militia members, a civil servant and three soldiers.

But an Army Special Board of Inquiry said in June that allegations against its soldiers at the camps were unfounded, while Jimoh Moshood, a police spokesman, said the investigations were continuing.

“Very little progress has been made by Nigerian authorities to implement President Buhari’s promise of justice for the survivors,” said Mausi Segun, the executive director of the Africa division of Human Rights Watch.

“The delay reinforces displaced people’s sense of helplessness, and likely emboldens more perpetrators to prey on their vulnerability.”

In the war with Boko Haram, Nigerian security forces have been accused of many human rights abuses, including killing innocent civilians and detaining children for months to determine their loyalties.

At checkpoints to enter Maiduguri, soldiers and militia members have turned away large groups of displaced people fleeing Boko Haram, unless they can pay an “entrance fee,” aid workers say. People escaping with their herds are sometimes charged a fee for each animal. Those who can’t pay the bribes have been sent back into harm’s way.

Inside the camps, soldiers and members of civilian vigilante groups have been accused of forcing people to pay for the privilege of setting up tents or leaky shelters made of tarps and grass. Some displaced people told Amnesty International that they had to sell their belongings to survive, and when they ran out of things to sell, they had to have sex with soldiers and civilian militia members to get food.

Falmata, the 14-year-old kidnapped by Boko Haram, said her ordeal began when she was in primary school, enjoying her classwork and dancing to local Kanuri music.

Militants stormed into her home and took her while she was caring for her sick mother. They forced her to marry a fighter, but that man died in battle a week later, so they gave her to another husband. She tried to resist, so they gave her a third. Barely a teenager by then, she became pregnant, she said, but the baby died days after he was born.

One night, Falmata woke up and realized the whole camp was asleep. Now was the time, she thought. She ran until she reached a village, finding an older woman with a lantern who pointed her to a road. Soldiers spotted her and took her to Dalori Camp, a sprawling site outside Maiduguri.

She thought she was being delivered to safety — but immediately faced the same kind of sexual abuse she had risked her life to flee. And this time it was being committed by the people who were there to protect her.

During her two months at the camp, she said, security officers, not always the same men, came for her repeatedly. Falmata described the men as “soldiers,” but it was unclear if they were members of the military, the police or another security force. She said they carried weapons.

“I felt it would continue forever,” she said of the abuse.

She knew she had to flee, again, so she asked for a pass to go to the market. She walked out of the camp the same way she had escaped Boko Haram: alone, with no money and no idea where she was going.

As a little girl, she remembered, she had visited her grandmother once in Maiduguri, but she had only a vague idea where. Falmata spotted a man she had seen around the camp who spoke her dialect, and begged for help.

“Look, I have a problem,” she told him. “These people are going to kill me. They come to me every night.”

The two drove around the city for hours, trying to track down Falmata’s grandmother, asking everyone. Eventually, they found her. She had thought Falmata was dead.

Falmata now lives with her grandmother, but is too ashamed to tell her what happened. Someday, she hopes to continue her education and become a lawyer. She wants to represent the powerless.

All credit for this post goes to Dionne Searcey of The New York Times.