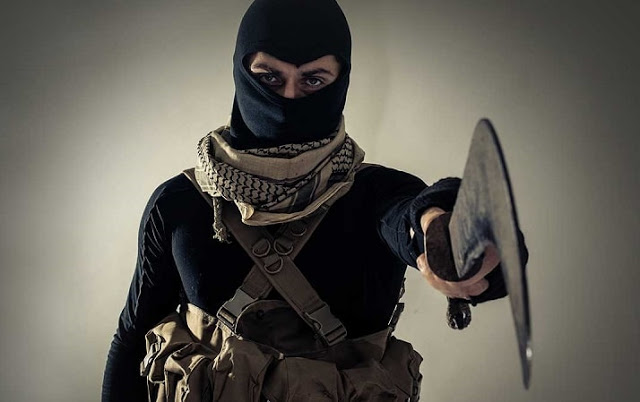 Terror groups like ISIS, Al-Qaeda and Taliban have perpetrated a good number of grisly attacks but according to a 2015 study the world’s deadliest terrorist organization actually operates in Nigeria.

The 2015 Global Terrorism Index, published by the Institute for Economics and Peace, found that Boko Haram, the Nigerian jihadist group, was responsible for 6,644 deaths in 2014, compared with 6,073 at the hands of ISIS.

Boko Haram, which was founded in 2002 as an Islamist movement against Western education and morphed into an armed insurgency in 2009, has rapidly expanded its scope and ambitions over the past number of years, achieving international notoriety in the spring of 2014 by kidnapping more than 200 schoolgirls.

Much like ISIS, the organization controls territories in Nigeria (although it has lost some of it over the past year).

The group although based in northeastern Nigeria has launched attacks in other countries like Cameroon, Chad, and Niger.

The scale of Boko Haram’s bloodlust may come as a surprise to those who are more used to hearing about ISIS, but data from the Global Terrorism Index, which is based on the University of Maryland’s database of terrorist attacks around the world since 1970, demonstrates why Boko Haram is worthy of such attention.

In the sad year of 2014, Nigeria had the fourth-highest number of deaths by terrorism of any country in the world.

In 2015, it had the second-highest, falling only behind Iraq.

Nigeria also experienced the largest increase in deaths from terrorism on record: a 300-percent increase from 2013 to 2014.

Notably, Boko Haram was responsible for fewer terrorist incidents than ISIS—453 compared with 1,071—but this only emphasizes the lethality of its attacks.

In 2014, the group perpetrated half of the world’s 20 most fatal terrorist attacks.

The study’s authors write that there are significant differences between terrorism in Nigeria and terrorism in the Middle East.

“Terrorist activity in Nigeria has more in common with the tactics of organized crime and gangs, focusing more on armed assaults using firearms and knives than on the bombings of other large terrorist groups,” they observe.

This move toward suicide bombings hints at a larger question: the extent to which the relationship between Boko Haram and ISIS has gone.

Boko Haram actually pledged allegiance to ISIS in 2015, and there is evidence that ISIS has advised Boko Haram on improving its tactics and media presence, according to General David Rodriguez, the head of U.S. Africa Command.