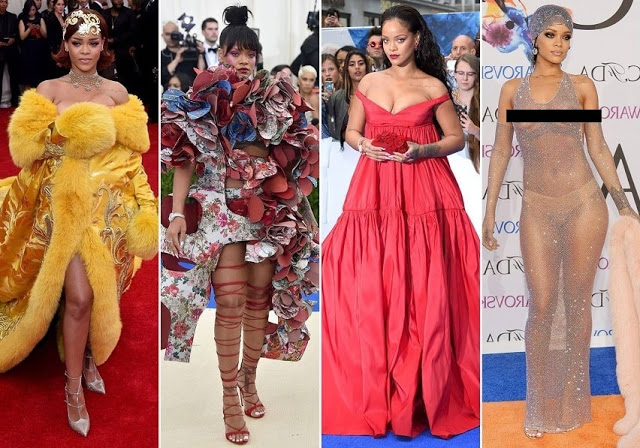 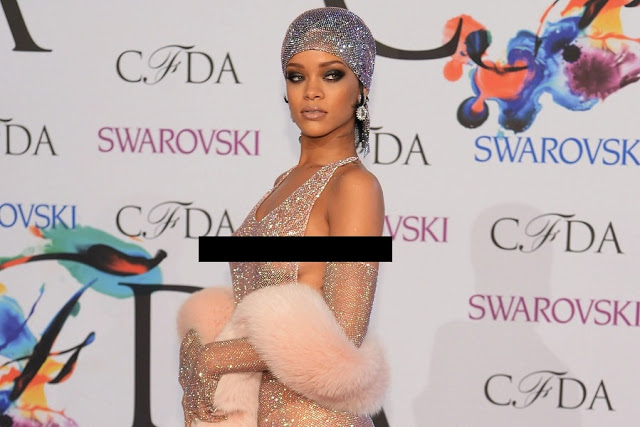 Rihanna ushered in a new era of naked dresses in 2014 when she wore a sheer, Swarovski-crystal-encrusted Adam Selman gown to the CFDA Fashion Awards. 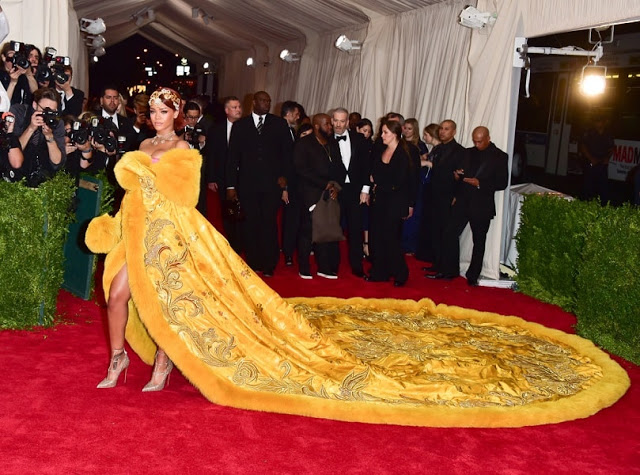 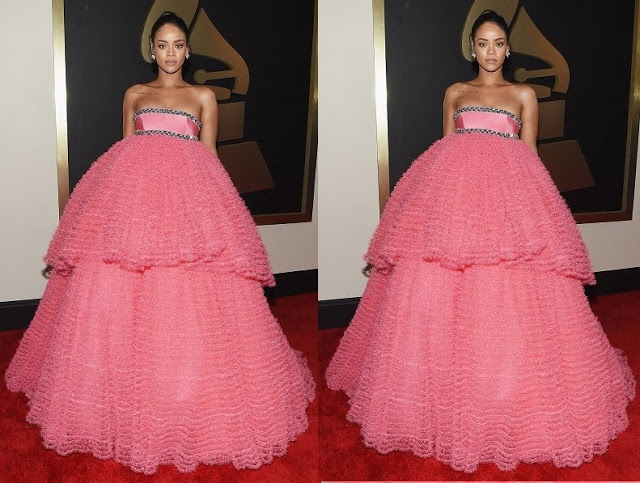 Some called it a pink tent, others a sponge, but Rihanna shocked the world again at the 2015 Grammys in her frothy pink Giambattista Valli dress. 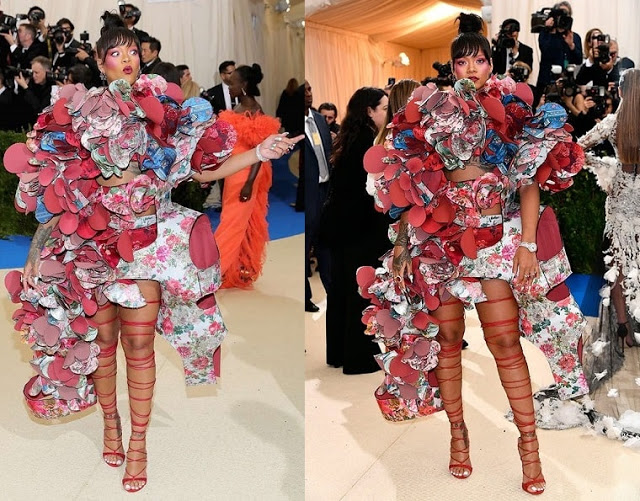 Another Met Gala, another mic drop moment from Rihanna. The fashion queen showed up at the 2017 annual fashion event in an elaborate flurry of ‘red petals’ with unique painted designs and lace-up red heels. The entire outfit took her an hour to get into! 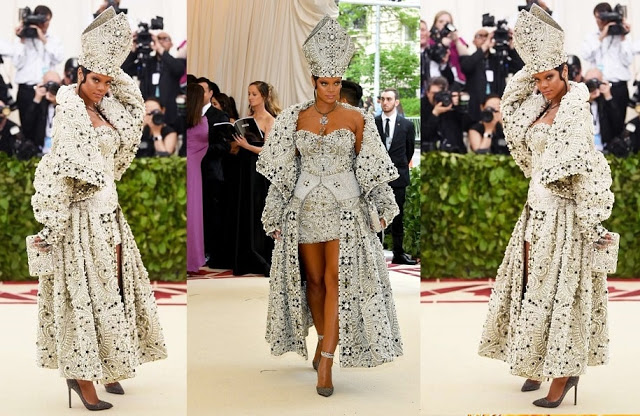 Rihanna proved once again she is the undisputed queen of the Met Gala when she stepped out in a papal-inspired ensemble to the 2018 Met Gala. 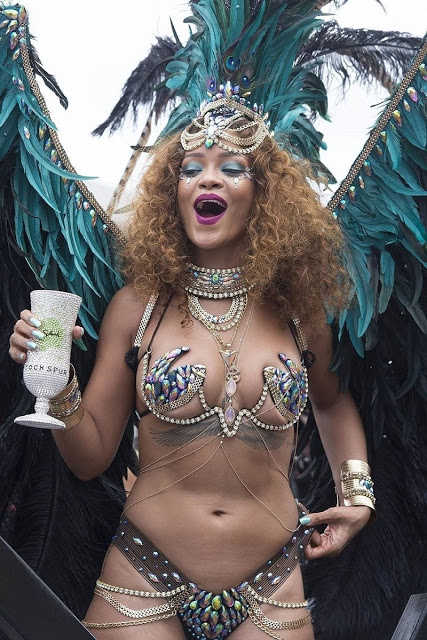 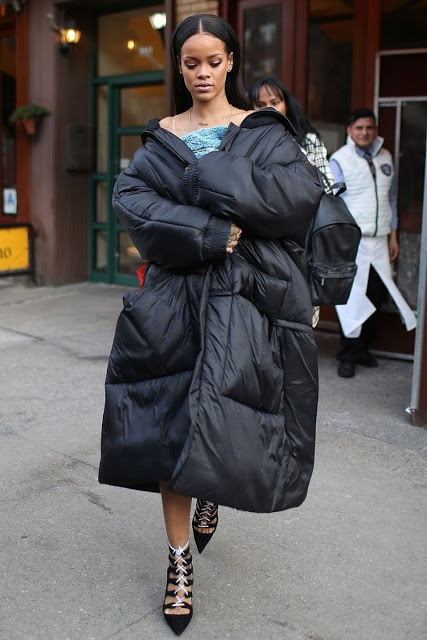 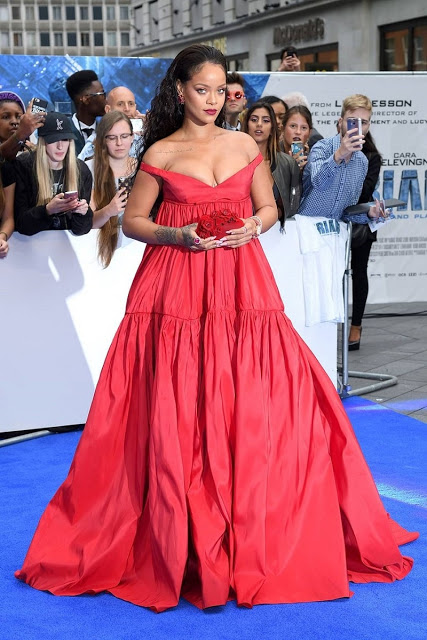 Which is your best Rihanna look till date?