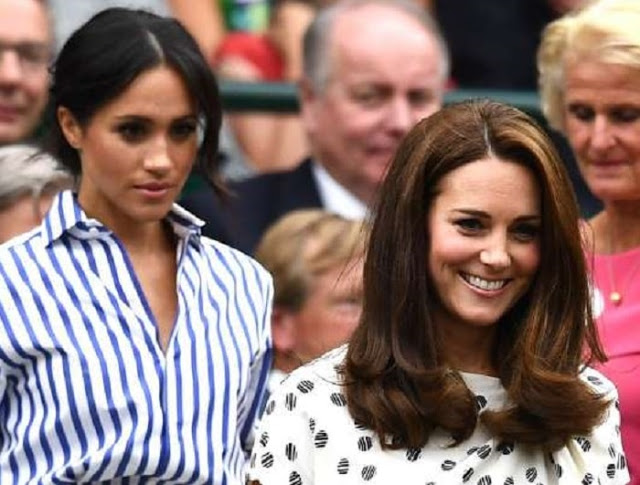 News that Meghan Markle and Prince Harry would be leaving Kensington Palace and moving into Frogmore Cottage in Windsor quickly incited rumors of a discord between Meghan and Prince William’s wife Kate Middleton.

Now, in a rare statement, Buckingham Palace has shot down the idea that Meghan and Kate are at odds with each other.

According to The Mirror, Buckingham Palace has outright denied the claims that Meghan and Kate aren’t getting along, and in a statement regarding The Sun‘s report said, “This never happened.”

The rumors had also been disproven by royal correspondent Rebecca English of The Daily Mail, who revealed that Harry and Meghan’s decision to move was purely based on the Duke and Duchess’ growing family.

Kate Middleton also recently discredited the rumors in her own special way by warmly discussing the forthcoming arrival of Meghan and Harry’s baby during an official engagement in Leicester this week.

Kate told members of the crowd during her walkabout, “It’s such a special time to have little kiddies.

And now a cousin for George, Charlotte and Louis as well! It’ll be really special.”