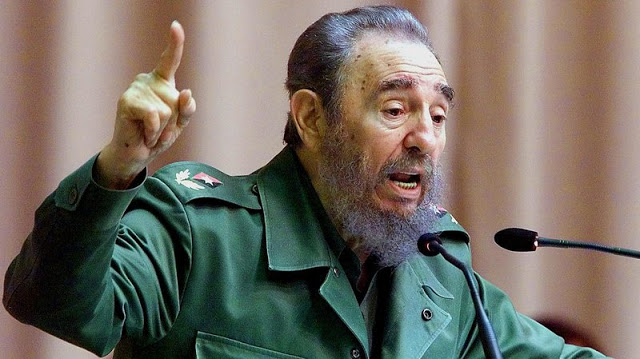 Soon after his capture in 1953, following an attack he led on the Moncada Army Barracks, a young Fidel Castro was put on trial.

While conducting his own defence, Castro accused then-President Fulgencio Batista’s regime of depriving Cuba of democratic rule and of establishing a dictatorship.

He finished his speech with a phrase that has become well-known in Cuba and abroad: “You can condemn me but it doesn’t matter: History will acquit me.”

Interesting enough, Castro’s subsequent actions placed him in one of those inconclusive historical wormholes where agreeing on anything about him, let alone an acquittal for his actions, is almost an impossibility.

To some, he was an irredeemable monster who submerged Cuba into a long, dark age of tyranny and human rights violations.

To others, he was a socialist superman who brought about social equality – at least partially for women and for Afro-Cubans – and who introduced free education and universal healthcare.

From an economic and political point of view, Castro’s rule was characterised by a catalogue of mistakes that over the years led to more than one “rectification of errors” campaign. Domestically, many of his policies seemed bound to failure from the start.


A heavy dependence on the Soviet Union as a result of an unremitting American embargo left the country exposed to the rough forces of the free market in the early 1990s, fostering an economic crisis known in Cuba as the “special period in time of peace” that arguably still continues.

Internationally, Castro’s involvement in world affairs, especially those concerning Latin America, was a thorn in the side of US policies.

His alliance with Soviet leader Nikita Khrushchev, which brought the USSR and US to the brink of nuclear war in 1962, was an early red flag that Castro was not about to back off when it came to confronting US imperialism.

Castro lent his support to Latin American armed groups fighting US-backed dictatorships countless times in the following decades, and in some cases supported movements taking on democratically elected governments, such as that of Romulo Betancourt in Venezuela in the 1960s.

One of the icons of the Cuban Revolution, Ernesto “Che” Guevara, even lost his life while trying to set up a guerrilla movement in Bolivia to topple the government of President Rene Barrientos.

Beyond the confines of Latin America, Castro’s influence grew steadily throughout the Cold War years.

In 1979, Cuba was elected to take over the presidency of the Non-Aligned Movement (NAM), an organisation formed in 1960 to offer a peaceful alternative to the belligerent East-West blocs that characterised the Cold War.

Castro’s presidency of the NAM came as recognition of Cuba’s role in the international arena and was widely accepted and praised by all NAM members.

However, the Soviet invasion of Afghanistan only three months into Castro’s presidency of the NAM caused havoc among the member states, and in particular affected Castro’s leadership since he was forced to side with the USSR.

In doing so, he failed on two fronts. He failed to stick to the actual principle of non-alignment enshrined in the NAM name and constitution, and he did so by turning his back on one of the NAM member states while supporting a Cold War power.

Even though Castro’s stock took a massive tumble afterwards, he continued to influence international politics, and nowhere more so than in Africa.

Castro’s (and Guevara’s) role in assisting the decolonisation process in Africa was second to none. From the early 1960s, Castro threw all his support behind the Algerian liberation struggle against France.

Cuban doctors and soldiers were some of the first to arrive in Algeria to offer a hand to the independence forces fighting to push French colonialism out of their country.

In the following years, that support increased in size and scope across the continent. Castro offered Cuban support to the liberation struggles in Mozambique, Namibia, Zaire (now the Democratic Republic of Congo), Guinea-Bissau, and Angola, among many others.

In some cases, this support involved military interventions that did not always go according to plan.

For example, in the mid-1970s after Ethiopian Emperor Haile Selassie was deposed by the Derg regime, Castro was forced to change sides – as the Soviets, East Germans, Czechs, and Americans also did – during a realignment of forces in the region provoked by ongoing disputes between Somalia, Ethiopia and Eritrea.

Cuban personnel were required to abandon their former ally Mohammed Siad Barre, the Somali president, who now sided with the Americans, and take sides with their new ally Mengistu Haile Mariam.

Cuban troops fought the Somali invasion of the Ogaden alongside Ethiopian forces, and by remaining in Ethiopia gave at least tacit support to Ethiopian campaigns against Eritrean armed groups fighting for independence.

This position almost certainly became a political dilemma for Castro, who until then had always supported anti-colonial movements of liberation across the world.

While Castro’s intervention in the Horn of Africa was characterised by dubious decisions and tainted by the purges that Mengistu’s regime would eventually carry out between 1977 and 1978, his involvement in the Angolan war is the outstanding episode in his career as a champion of decolonisation.

Not only did he demonstrate to the world that Cuba was far from being a pet project of the USSR – Cuba’s support for the socialist MPLA was done without the approval of the Kremlin and almost certainly against its wishes.

It also helped raise his profile, and that of Cuba, to new levels of recognition and influence throughout the developing world.

Cuban backing for the MPLA helped Angola to secure independence from Portugal in 1975, and helped repel the joint attempts of the South African apartheid government and Zaire’s Mobutu regime to occupy Angola.

Growing up in Cuba at the time, I can certainly say that I don’t recall any other Castro enterprise that united Cubans behind the regime to such an extent – except perhaps Cuba’s resistance to the 1983 US invasion of Grenada.

Contrary to what has been argued for years, Cuba’s involvement in Angola was a response to previous US and South African interventionism and to the very tangible threat of a South African invasion.

Little wonder, then, that Raul Castro, in place of his brother, was one of the few world dignitaries asked to speak at Nelson Mandela’s funeral.

Ultimately, Castro’s legacy in Africa is more of a Cuban legacy. Everywhere I have visited in Africa, from Dakar to Addis Ababa, from Niamey to Luanda, I have been welcomed with open arms and big smiles as a Cuban.

Former Zambian President Kenneth Kaunda, in response to a New York Times question about Cuba’s role in Africa, said: “I am not sure that there is a single Cuban in the African continent who has not been invited by some members of the continent. So long as this is the case, it is not easy to condemn their presence.”

I am far from certain that history will acquit Fidel Castro. More likely history will record his journey through the past six or seven decades as a controversial one.

Almost certainly, he will continue to be an irredeemable monster to some – and a socialist superman to others.

Fidel Castro was a Cuban revolutionary who defied the U.S. The Cuban leader was an energetic sponsor of socialist movements throughout Latin America and Africa. Castro died on November 25, 2016 (aged 90).

The views expressed in this article are solely the author’s own.

Dr Manuel Barcia is Professor of Latin American History at the University of Leeds.