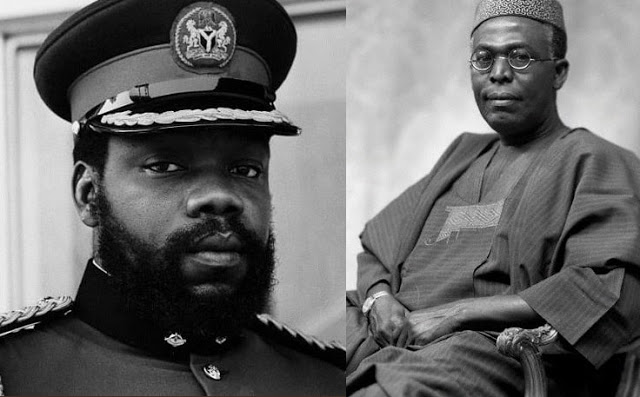 I almost always find the common rivalry between the Igbos and Yorubas quite amusing, if occasionally trying.


But even without colonialism, given that these tribes shared common borders and assuming the white man never came, at some stage or the other these tribes would have collided as part of the normal process of expansion through trade, war and intermarriage. The forests and the Niger would not long have divided the Igbos and Yorubas even without interference from abroad.


Indeed both tribes were united by a common domination by the great Benin Empire. Ekiti slaves and Igbo slaves would have mingled and mixed in the Benin royal court long before the first Portuguese set sail for Africa.


I am Yoruba and never cease to wonder how these two great tribes, the most resourceful on the continent (if you doubt come abroad and I defy any one to point to any African in Europe or America more resourceful, self confident and willing to look the white man in the eye than the Yoruba or Igbo), don’t seem to realize that it is largely their childish quarrels that have prevented the evolution of a more progressive Nigeria.


Let’s not pretend there are no differences, but many of the differences are based on myths and misrepresented history.


Lets look at a few of them. I will try to be as honest and objective as possible.

1. AWOLOWO AND HIS LEGACY


Undoubtedly the greatest Yoruba man of the last hundred years. His free education policy opened the doors of learning to millions of the downtrodden who would have been doomed to a life of ignorance without it. This cannot be denied. He introduced free education in the western region just 5 years after Clement Attlee did in Britain. Tens of thousands of other Nigerians from the poorer classes benefited from this policy. In fact, the oposition to Awolowo’s free education policy was class-based with many middle and upper class people from all tribes objecting to their kids being taught in the same schools as the barefooted offspring of the poorer classes.


Yes, he resorted to tribalism when it suited him and he used it opportunistically to seek political power. However, so did other nationalist leaders such as Azikiwe. To be fair to both men, the power of the feudal north which the British inserted in Nigeria as a fifth column meant it was almost impossible to effectively mobilize people against the colonial rulers away from the locality the major nationalists were based.


Fact is that Awolowo did betray Biafra. The Nigerian attack on Biafra was an act of aggression which Awolowo supported, by joining the federal cabinet of Gowon. I also believe in one Nigeria, as I believe that only the unity of Africa would lift us out of poverty and underdevelopment. But this has to be voluntary. Gowon’s one Nigeria was built on the corpses of some 30,000 Igbo men, women and children slaughtered by the feudal oligarchy in the North. The secession of Biafra was an act of self defense which was just and right at the time.


4. THE YORUBAS AND BIAFRA


If the truth be told, most ordinary Yorubas did not initially support the attack on Biafra. It should not be forgotten that the struggle against the feudal oligarchy in the north had been started by the masses of Yoruba land who rendered the western region ungovernable after Ahmadu Bello foisted the rotten Akintola on its people; without their struggle, Nzeogwu et al would not have found the will to stage the coup of January 1966.


Even Obasanjo, a key ally of the northern elite admitted in his book, My Command, that there was no appetite amongst the ordinary Yoruba people for the North’s war of aggression against Biafra in 1967. The attack on Ore changed this and I strongly feel this lost Biafra the war.


However, the attack of Biafran forces from the mid-west turned the tables. Regardless of the military benefits of the incursion it was politically suicidal. War must always serve political ends. The attack on the west by the Biafran army played into the north’s hands by pushing the mass of the erstwhile ambivalent Yoruba people behind the federal war effort. Thousands of Yorubas subsequently joined the federal army against the east.


I firmly believe that if Biafra had not invaded the west, they would have won the civil war. Wars are not won by bullets but social support. Regardless of good intentions as the great French revolutionary Maximilian Robespierre once said, neutral people do not accept armed missionaries on their land . The arrival of armed Ibo soldiers on Yoruba land pushed the largely sympathetic mass of the Yoruba people behind Awolowo’s opportunistic policy of supporting the federal assault on Biafra.

5. THE YORUBAS NATURALLY HATE THE IGBOS

This is a myth. Apart from the usual banter, there is no record of Igbos being physically attacked in the western region as they regularly are in the north. It is also a fact that the premier of the Western Region, a Yoruba man, Ladoke Akintola, was killed by largely Igbo soldiers.

The mass of the Yoruba people till this day have always supported that coup, even though Okpara the Eastern Region premier was not killed.

There is a strong social democratic spirit amongst the ordinary Yoruba man that places ideology and principle above parochial sentiment.

The issue was not whether Akintola, a Yoruba, was killed by Igbos while Okpara was spared; the issue for them was that Akintola was a reactionary and retrograde, Okpara, a progressive, was not. The coup was seen as a progressive one so to them it was just natural that the conservatives should be dealt with while the progressives should be spared.

It is a fact that Kaduna Nzeogwu is as popular today in the west as he is in the east.

A known fact, the Igbos are the most productive people in Africa. If the Nigerian government had tapped the ingenuity of the Igbos which reached its height during the civil war, we would be well on our way to industrial greatness today. We used to laugh at Igbo-made at the same time as we made fun of China-made. China is now the world’s industrial powerhouse. What a missed opportunity.

Not to be sniffed at, both in England and the US the Yorubass are by far the most educated Africans. In Nigeria, most Yoruba homes would boast of at least one graduate. The level of enlightenment has made the Yorubas the most politically conscious people in Nigeria. This is why the history of Nigeria really is the history of the struggle of the Yoruba lower classes. The revolt in the 60s put paid to the first republic.

It was their uprising in the second republic that ended that corrupt regime. And without the June 12 struggles of the largely Yoruba masses in the south-west, the country will still be under military rule. This cannot be denied.

This is a myth. A warlike people who have produced some pre-colonial Nigeria’s greatest generals, such as Lagelu, Lishabi, Ogunmola, Oluyole, Ogedengbe etc. are no cowards.

In the colonial and post-colonial era, the ruggedly individual Igbos have always produced the braver, more enterprising fighters; the bravest insurgents, the best civil rights and trade union activists in Nigeria have always been from the East.

But, collectively, the Yorubas have always been in a class of their own. There is no other part of Nigeria where the mass of the people can be so easily roused in to action as in Yoruba land. The ordinary man in the west is also much less intimidated by power and money than their counterparts are in the mercantile east or the fuedal north.

No matter how rich you are in the south-west there are boundaries that cannot be crossed when dealing with the downtrodden. The ordinary people in the east and north are much more subservient.

Views expressed in published articles reflect only the opinion of the writer and not necessarily that of DNB Stories.