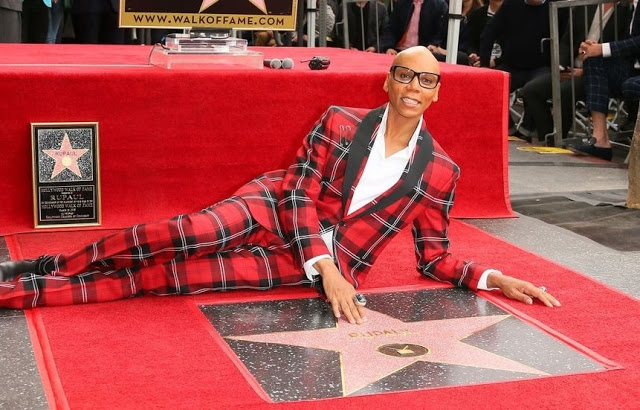 RuPaul has become the first drag queen to get a star on the Hollywood Walk of Fame.

The 57-year-old host of RuPaul’s Drag Race said he was “overcome with so much emotion” to get the honour he’d dreamed of since he was a child.

“This is absolutely the most important moment in my professional career,” the television presenter said.

Fans lined the Hollywood Boulevard to cheer RuPaul on and thank him for all he’s done for the LGBTQ community.

She said getting to know him has been “one of the big pleasures of my life” and that it “should be at least three sizes bigger than any other star”.

“He created an industry that has given hundreds and hundreds of jobs and dreams to so many.”

RuPaul was with his husband Georges LeBar and family, who he thanked along with his inspiration, Jane Fonda, as well as his high school teacher Bill Pannell.

RuPaul said Mr Pannell gave him the “best advice I could ever gotten” while a student: