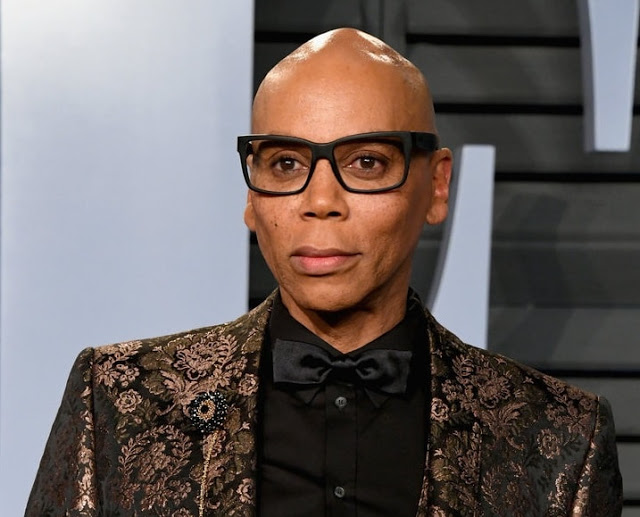 The initial comments appeared in a profile of RuPaul in The Guardian.


“Drag loses its sense of danger and its sense of irony once it’s not men doing it, because at its core it’s a social statement and a big f-you to male-dominated culture,” RuPaul said in the interview.

“So for men to do it, it’s really punk rock, because it’s a real rejection of masculinity.”


The interviewer then asked RuPaul about Season 9 contestant Peppermint, the first openly transgender woman to compete on “Drag Race.”


“Peppermint didn’t get breast implants until after she left our show; she was identifying as a woman, but she hadn’t really transitioned.”

The interviewer then followed up by asking Ru if he would accept a contestant who had “really transitioned” onto the show.

The “Drag Race” host responded by saying, “Probably not. You can identify as a woman and say you’re transitioning, but it changes once you start changing your body.

“It takes on a different thing; it changes the whole concept of what we’re doing. We’ve had some girls who’ve had some injections in the face and maybe a little bit in the butt here and there, but they haven’t transitioned.”


Over the weekend, Ru began facing backlash for these initial comments.

But the reality star held up on his statements, re-sharing The Guardian interview on Monday morning on his Twitter page and posting a series of more controversial tweets.

“You can take performance enhancing drugs and still be an athlete, just not in the Olympics,” RuPaul tweeted.

Many accused him of being a gatekeeper of sorts for the idea of “what drag is,” and lobbed accusations that the star was excluding women ― cis and trans alike ― from the prospect of competing on “Drag Race.”

“Many queens who have been on your show have struggled with gender identity and many are trans. How disgusting to compare performance enhancing drugs to hormone replacements or other aspects of transitioning. This is incredibly disrespectful,” someone wrote.


“You have zero right to gate-keep drag. Drag is an art form, it can be interpreted and executed in many different ways. Drag was always about freedom, liberty and self confidence, disallowing particular people that luxury in your eyes is limiting and wrong, but go ahead and block me,” said another.

“I am heartbroken that a community begging for inclusivity and acceptance would be so hypocritical as to profit from the trans-community while simultaneously acting as oppressor,” said drag queen Vicky Vox.

Gia Gunn, who competed on Season 6 of “Drag Race” before coming out as transgender in 2017, also spoke out.

“Although I do feel the separation from being a drag queen and now a trans-woman, there should not be any reason to be “not accepted” when it comes to the art of drag. If you are a fierce artist, you’re a fierce artist and should be judged based on your art. NOT your gender identity!” Gia Gunn wrote.

Monica Beverly Hillz, another former contestant who came out as trans during the fifth season of “Drag Race,” told Into:

“I’ve always been a woman, so what I’ve done to my body or that I hadn’t started hormones while on the show doesn’t take away my identity. Our bodies do not equate our identity.”

Finally succumbing to the heat, RuPaul addressed the controversy on Twitter on Monday evening, saying he regretted “the hurt he’d caused.”

“The trans community are heroes of our shared LGBTQ movement. You are my teachers,” he said.

On “Drag Race,” he noted, “the only thing we’ve ever screened for is charisma uniqueness nerve and talent.”


“And that will never change,” he concluded.

The “Drag Race” show has faced criticism in the past for using the phrase “she-mail,” which many viewers perceived as transphobic.

5 Comments on “RuPaul apologizes for comments he made against TRANSGENDERS”