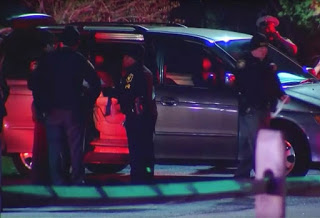 An Ohio teenager was found crushed to death on Tuesday inside a minivan parked at his school, hours after twice pleading to 911 that he was trapped and needed help.

Authorities in Cincinnati on Friday were still trying to piece together how Kyle Plush, 16, became pinned by a third-row seat in the back of the van, and why officers were unable to locate and rescue him despite two frantic emergency calls made on his cellphone.

But Plush, trapped in a Honda Odyssey 2004, could not hear the dispatcher, police said.

An operator repeatedly asked Plush where he was. The teen said several times he was at “Seven Hills,” which is the name of the Cincinnati school he attended.

The terrified teen is heard screaming and later said on the call, “I’m in desperate need of help!”

The call lasted nearly 3 minutes before it disconnected, police said. Dispatchers tried to call Plush back but reached his voicemail, police said.

Officers responded to the area and tried to find the car, but “based on the information relayed to the officers, efforts to locate the caller were unsuccessful,” police said.

In another call to 911, Plush said, “I probably don’t have much time left. Tell my mom I love her if I die.”

“This is not a joke,” Plush said. “I’m trapped inside my gold Honda Odyssey van in the … parking lot of Seven Hills.”

But Plush again said he couldn’t hear the call-taker. The dispatcher and Plush didn’t communicate and the information wasn’t relayed to the officers who were still at the scene, police said.

In another heartbreaking 911 call, the teen’s mother told a dispatcher, “We don’t know where he is. He’s 16 years old. He was driving a gold Honda van. He goes to Seven Hills School. I’m not sure what to do.”

Mercy Montessori, where Plush was a student from kindergarten to sixth grade, said in a statement, “He was an inspiration to many children and teachers at Mercy Montessori. Kyle’s gentle spirit made it a joy for others to be around him. We lovingly remember Kyle as creative, vibrant, and kind.”

The school is holding a vigil tonight.

“This young man was trapped in the third row bench seat, and it is called asphyxia due to chest compression,” Deters said.

Now the local police chief has directed an internal investigation into the actions of all employees involved in Kyle Plush’s two desperate calls to 911 before he died from asphyxia due to chest compression.

“We are actively working to identify experts to assist us in this investigation.”

One of the 911 dispatchers has been placed on administrative leave pending the outcome of the investigation, Cincinnati Police Chief Eliot Isaac said.

“This young man was crying out for help” when he spoke to that dispatcher, Isaac said at a news conference this afternoon.

“We weren’t able to get that information to the officers on the scene. We need to find out why.”

Why Nicki Minaj cried because of Cardi B

Sat Apr 14 , 2018
by Staff writer While Cardi B has insisted that she has no beef with Nicki Minaj, the “Chun-Li” singer begs to differ. According to Minaj, 35, her feud with Cardi B began when she and Cardi, 25, were both featured on Migos‘ “Motorsport,” which dropped in October. Nicki said that […] 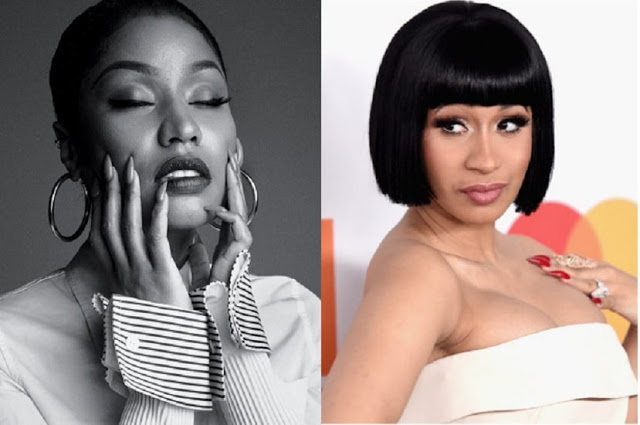