Skip to content
Femi Bello was a
300 level student of Economics in Kaduna State University, he had just finished
his 2nd Semester exams with the hope of proceeding to his final year,
graduating and supporting his mum in Abuja, who had lost her husband some 4
months earlier, after a protracted illness. 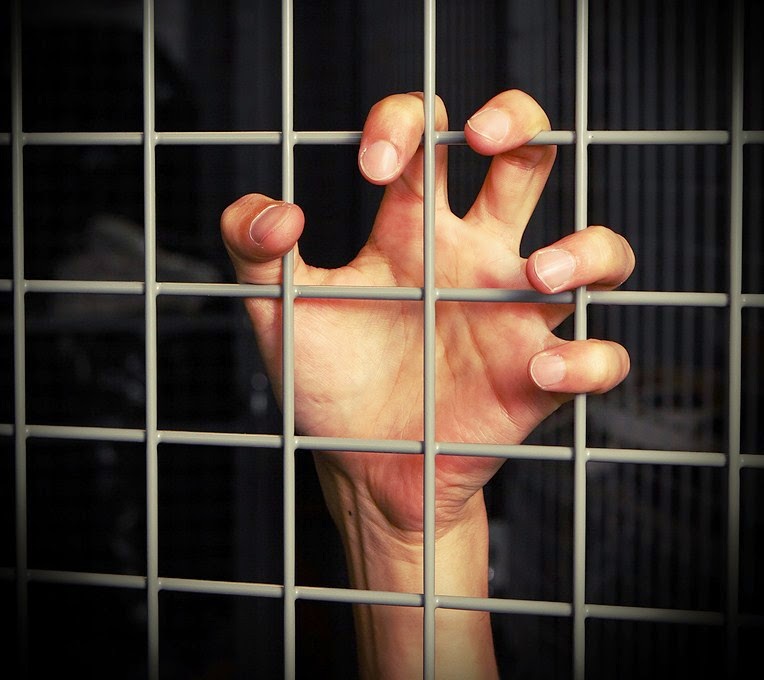 A very bright and enterprising young man, he had secured a
little contract to customize some Tee-Shirts for a party being organized in his
school. He therefore traveled to Abuja on Thursday December 4, 2014 to carry
out the job at the popular UTC shopping complex.

He went home to inform his mother of the contract he secured and
to notify her that he would be proceeding to Area 10 where UTC shopping complex
is located, but the mum was not at home so he left a message for her to that
effect along with a chicken he bought for her as well as a pair of shoes he
bought for his younger brother.
Femi went to UTC shopping complex to deliver the Tee-Shirts to
Jerry the printer and decided to visit a friend at Mararaba. While sitting
outside the friend’s house at Mararaba at about 4 pm, a Volkswagen Golf car
suddenly parked in front of them and some men numbering eight came out and
arrested Femi, his host and other friends numbering about seven. They were handcuffed
and taken to the Mararaba Police Station.
His mum and siblings who had waited for Femi the whole day,
unaware of his arrest, started getting worried and made several efforts to
reach him but to no avail, as his phone was switched off.
Eventually, they got some information on the evening of Sunday
7th December, of his arrest and detention. His younger brother, Biodun, went to
the Police station to confirm this story and the Police officers confirmed his
arrest, but advised him to come back the next morning before 10am as Femi’s
case was being transferred to the State CID at Lafia, Nasarawa State. He
requested to see his brother but this request was turned down. Biodun saw shoes
and other personal effects he knew specifically belonged to his brother.
By the next morning, based on the little information obtained
the night before, Biodun went in the company of a lawyer, Barr. Napon Wuyep, to
the Police station with the hope that they could secure his release or, at
least, further information about the nature of the offence for which Femi was
being held.
When the lawyer got to the counter as is the practice, and asked
to see Femi, he was first told that Femi was not in their cell, but he was
referred to the crime office, where he met one Adamu who directed him to see
the Divisional Police Officer (DPO), SP John Omege. The DPO, in a very dramatic
manner however, informed Barr. Napon that Femi was dead.
“Him don die,” the DPO said.
Biodun, unable to bear the news, broke down in uncontrollable
tears.
The DPO further informed the lawyer that Femi had confessed to
owning a gun kept somewhere in Bwari and that while they were taking him in the
Police van with handcuffs on, somewhere around ‘sharp corner’ in Mararaba, Femi
jumped out of the moving van, that he was immediately rushed to the Medical
Centre in Mararaba but unfortunately, the medical workers were on strike and so
they took him to a private hospital, where he was confirmed dead.
When this news was broken to Femi’s relatives, they found it
hard to believe because Femi was generally regarded as a gentle soul who could
hardly hurt a fly and saw no reason why Femi would own a gun. He was also
described as a very studious person who was hoping to come out with, at worst,
a Second Class Upper Division at the end of his program. They felt dissatisfied
and even started having doubts if the Femi arrested was their own Femi, and as
such could not break the news to his hypertensive mum.
The next day, Tuesday, 9th December, the lawyer, in company of
members of the family went back to the police station seeking to see the body
of the deceased for identification. The DPO however told them that was beyond
his powers as the case was being transferred to the State CID in Lafia and
advised them to direct their request to Lafia, which they immediately did. The
DPO also showed them a picture of the corpse which family members confirmed
bore a resemblance to Femi but still expressed some doubts. The family, on the
same day, also wrote to the Commissioner of Police, Nasarawa State, requesting
a full report of the circumstances leading to the arrest and eventual death of
Femi.
On arrival at Lafia, which is over 3 hours’ drive from Mararaba,
they sought to see the Officer in Charge of the State CID, ACP Tarfa, whom the
DPO had specifically directed them to, but his aides would not let them.
Instead they were directed to the Officer in Charge of SARS Nasarawa, known as
Cletus.
Cletus pointedly told them they could neither see nor secure the
release of the body of the deceased but confirmed to them that the deceased was
Femi. In another twist, quite contrary to the story the DPO had told the lawyer
earlier, Cletus informed them that the case was that of armed robbery and that
Femi was killed during a gun battle between the robbers and police.
The mother has been informed of the death of her son, leaving
her broken and devastated.
The family strongly believes that Femi was arrested on trumped
up suspicions and was tortured to death while trying to secure a confession.
Their fears are based on the contradictions in the stories of his death as told
by the DPO and the OC SARS as well as the determined and persistent refusal of
the Police to permit the family to sight the corpse, suggestive of a grand
design to cover up the extra-judicial killing of Femi Bello by the Police.
The family is distraught, helpless and seeking justice for their
son who they believe was cut in his prime by the Nigerian police.
Share this post with your friends:

One Comment on “The Kind of Things that Happen in Nigeria”