We just got reports that the senior pastor and founder of Father’s House Bible Church Pastor (Dr) Richmond Sisan Leigh is dead.

Pastor Richmond Sisan Leigh was in a bitter 26-year-old land dispute with the Ubeji Community in Warri South Council Area of Delta State, until the Supreme Court ruled in his favour, reaffirming he is the bonafide owner of the 7-acre piece of land.

Father’s House Bible Church, Warri was built on that land.

One thought on “Sad: Senior pastor and founder of Father’s House Bible Church is dead”

Sat Jul 4 , 2020
The owner of a pig farm in Abia State (Southeastern Nigeria) has cried out over the loss of hundreds of his pigs. Akobundu Steven Agomoh who is the owner of Akonauche Farms said his pigs started dropping dead one after another after “a deadly disease” struck his farm. The farmer […] 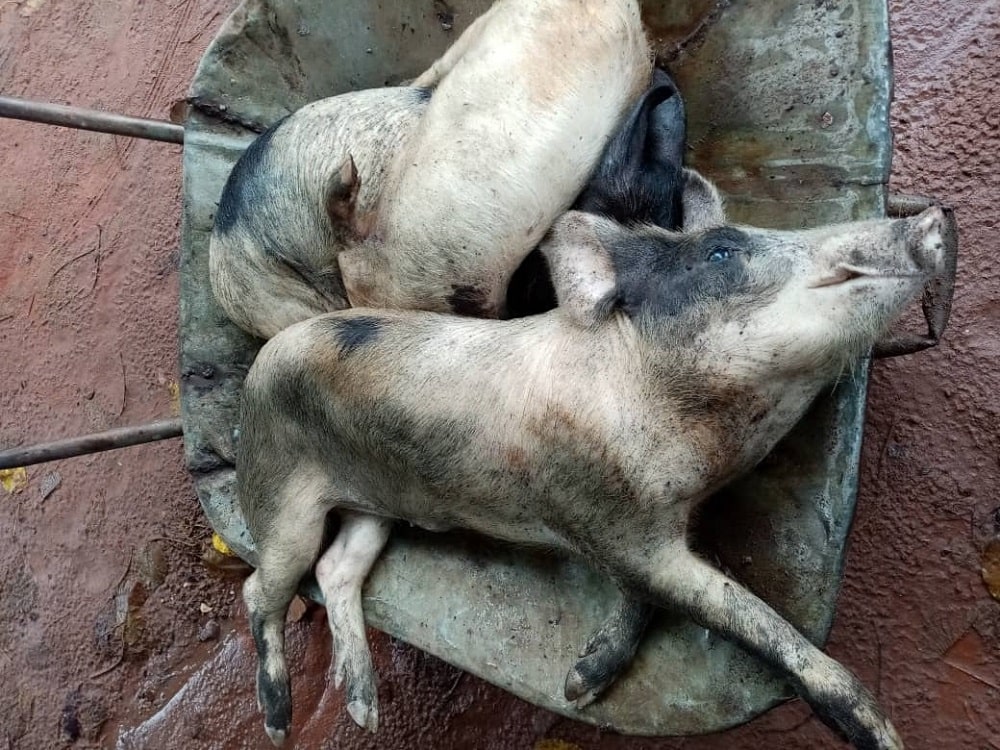