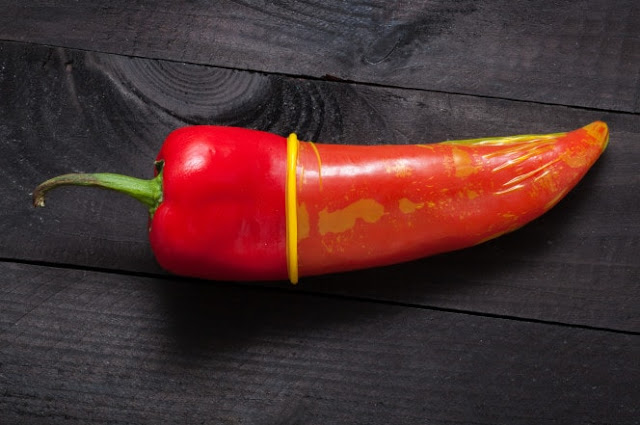 Indian condom brand Manforce has invented spicy pickle-flavored condoms, which they say will make your lovemaking “tangy and tantalizing.”

As unpleasant as this may sound, flavored condoms — if not necessarily spicy ones — actually equal half of all condom sales in India, according to Quartz.

Experts quoted in the piece say the prevalence of flavored condoms in India is having a positive impact.

As oral sex becomes more popular in the country, excitement around condom flavors could play a big role in preventing the spread of sexually transmitted diseases.

The condom maker tells Quartz there’s still a stigma around the word “condom” for many people, and obviously many will feel more comfortable now that they can just ask a pharmacist for a condom by simply requesting a flavor instead of using more attention-grabbing titles like “rubber”.

Only about a third of all men surveyed between 2011 and 2015 reported using a condom the last time they had sex.

Though that’s about 13 percent more than what was recorded in 2002, medical experts are saying there is need for further improvement.

Hopefully with the advent of peppery condoms now, a lot more men will get condomizing!